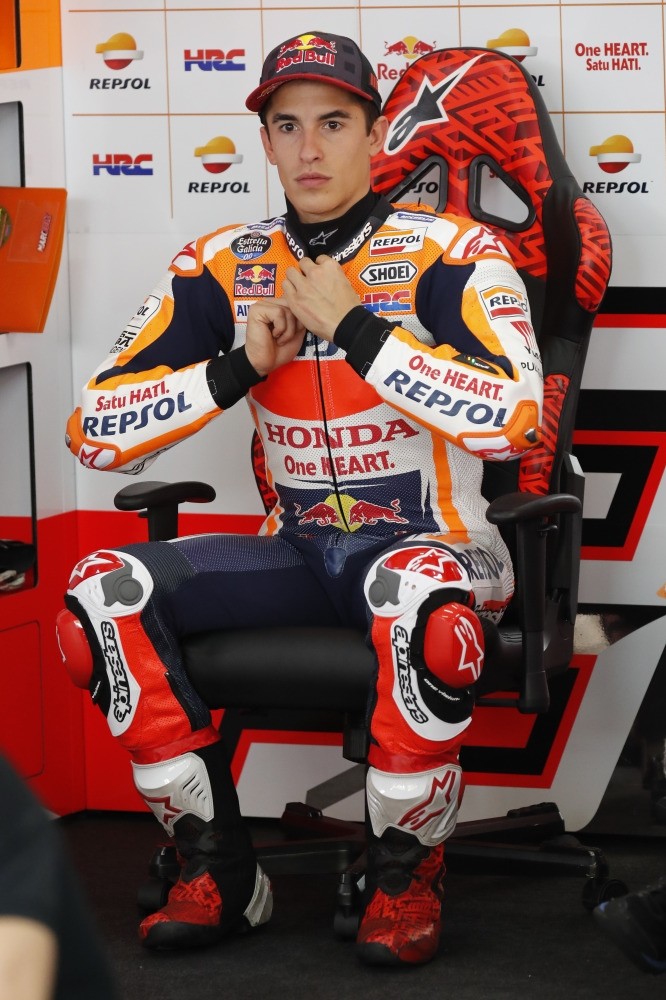 Spain's Marc Marquez is poised to wrap up a fourth world MotoGP title on Sunday, an achievement that appeared to be just a dream in the first half of the season. The 24-year-old Honda rider, who was world champion in the premier class in 2013, 2014 and 2016, watched as Yamaha's Maverick Vinales romped to victory in three of the first five races. Marquez was down to fourth in the standings after old rival Valentino Rossi won in the Netherlands. But Marquez has monopolized the second half of the season along with Andrea Dovizioso on a Ducati. Five of Marquez's six wins in 2017 have come since the Assen race as Yamaha fell dramatically off the pace. Dovizioso also has six wins to his name but Marquez leads for Spain with a 21-point advantage, meaning he only has to finish in the top 11 on Sunday to be crowned world champion once again.

"Of course it will be natural to feel some pressure in Valencia with so much at stake, but honestly there has been pressure for the entire second part of the season," said Marquez whose attempts to wrap up the title in rain-swept Malaysia two weeks ago were thwarted by a fourth-place finish.

The 31-year-old Dovizioso has been a sensation in a season in which his Ducati teammate and former world champion Jorge Lorenzo was expected to be the outfit's go-to rider. But the Italian has completely overshadowed the Spaniard with Dovizioso even getting the better of Lorenzo in Malaysia in Ducati's only one-two finish in 2017. For Yamaha, the campaign has tailed off even if Vinales has the consolation of already being assured third place in the standings.

Teammate and seven-time MotoGP champion Rossi, who suffered a double leg fracture earlier in the season before returning to the saddle three weeks after surgery, is fourth overall although Honda's Dani Pedrosa can still pip him on a circuit where he has traditionally thrived. Pedrosa has six career wins at Valencia, three in MotoGP, two in the 250cc and one in the 125cc class.