Formula E season charges up with eyes to the future 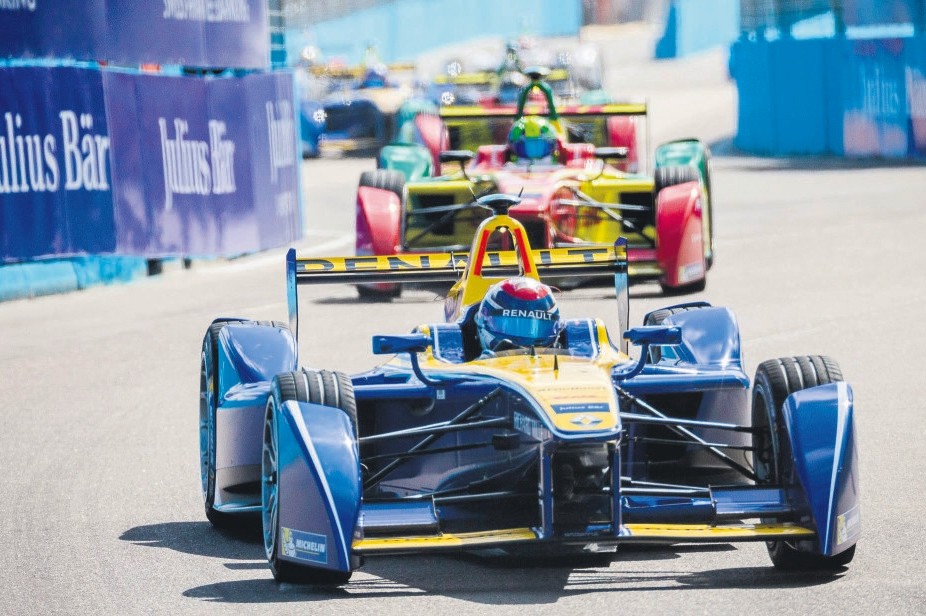 The 2017/18 championship, which opens with ePrix on Sunday, is the last before a major revamp brings better batteries and new cars that can complete an entire race distance

Formula E is trying to focus on the present but looking very much to the future as the electric racing series powers up for the start of season four in Hong Kong this weekend.

The 2017/18 championship is the last before a major revamp brings better batteries and new cars that can complete an entire race distance. Audi are present as a factory team but other big guns are waiting in the wings. Nissan will replace Renault in 2018/19, when BMW also enter as an official manufacturer team, and Porsche and Mercedes are coming in for 2019/20. Formula E's chief executive Alejandro Agag rejects suggestions however that the city-based series, which currently sees drivers having to change cars mid-race, is biding its time.

"Many people are seeing season four almost like a transition to season five when we get the new car and battery. I don't see it at

all like that because there are no transition seasons," says the Spaniard.

"If you win, season four is the same as if you win season five. You are champion of Formula E. So I think it's going to be a very competitive season.

"The teams that have already extracted a lot from the evolution of the technology, haven't been able to really improve that much. Many of the teams that weren't there yet are catching up, so I think it's going to be very tight," he added.

Jaguar, starting their second season, are confident they can be among those moving to the front but team director James Barclay also recognised they were looking further down the road.

"Season five is a big one," he said. "So we're parallel programming at the moment, season four and season five and looking beyond."

The coming season will also see organisers ramping up promotional activity and marketing spend in key markets as they seek to build the fan base and develop storylines around drivers.

"If you look at season one in China and season four in China, it's like another world," said Agag, referring to the very first Formula E race in Beijing in September 2014. Formula E, whose reigning champion is Brazilian Lucas di Grassi, will have 14 races in 11 cities in 2017-18 with four new venues on the calendar in Rome, Zurich, Sao Paulo and the Chilean capital Santiago. The ePrix in Switzerland will be the country's first motor race since 1955 after the country lifted restrictions on circuit racing for fully-electric vehicles.