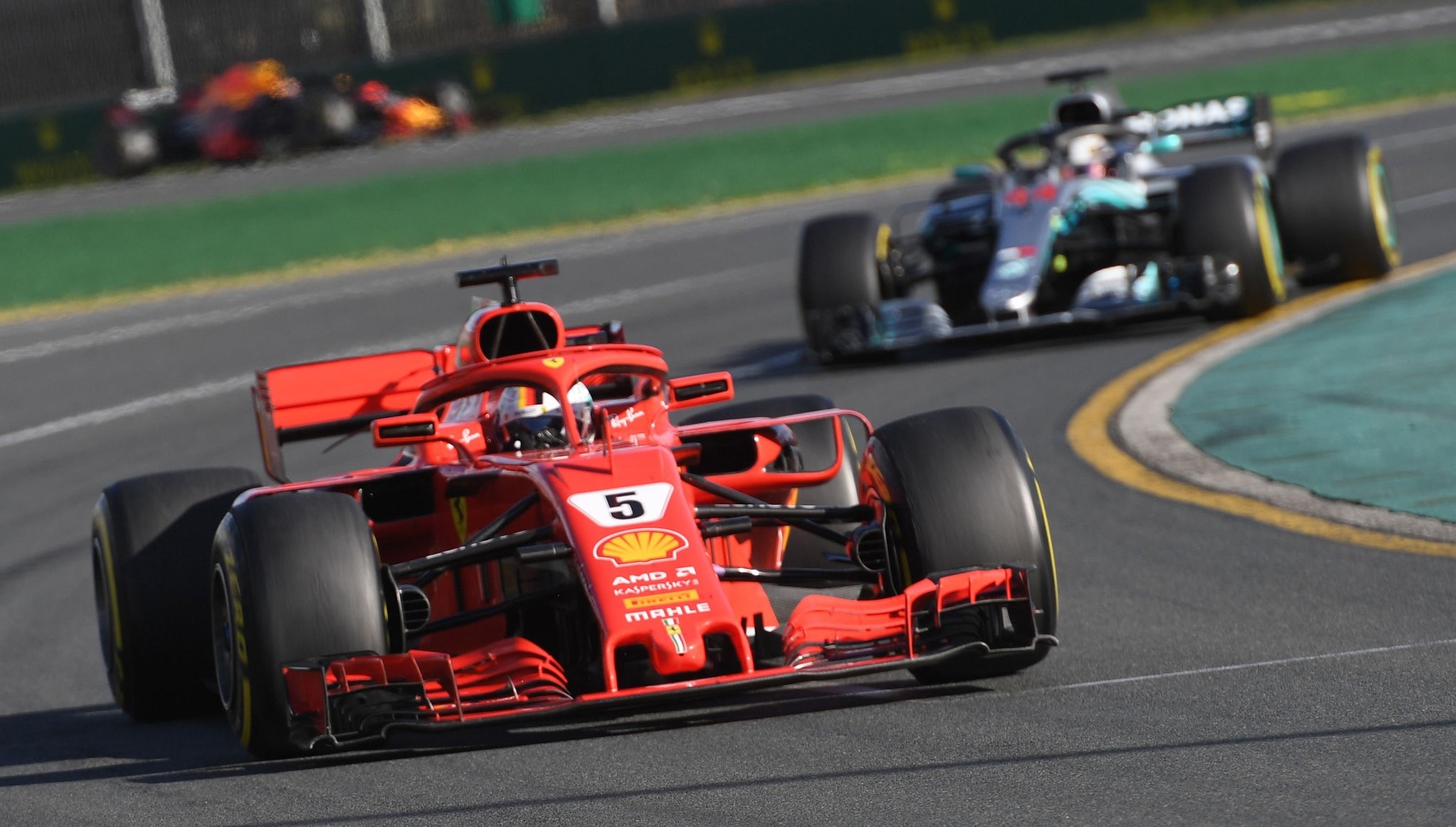 Sebastian Vettel aims to regain the championship lead he has lost to holder Lewis Hamilton as 2018 Formula One racing arrives in Europe for Sunday's Spanish Grand prix. The Ferrari driver Vettel made a slightly too optimistic passing attempt on Valtteri Bottas at the last race on April 29 in Azerbaijan as he locked his brakes and had to settle for fourth in the end. Mercedes' Hamilton eventually won the race for his first season win and snatched the overall lead from Vettel by four points after four of 21 races. The two four-time world champions will duel again on Barcelona's 4.655-kilometer Circuit de Catalunya, where Vettel was impressive in pre-season testing but has only topped a race once, in 2011. However, Red Bull will also make their presence felt as Daniel Ricciardo and Max Verstappen will want to make their infamous collision in Baku forgotten.

All teams traditionally have plenty of updates for the start of the European swing, and Verstappen said the race weekend "could be quite a defining moment for the season." Mercedes motorsport chief Toto Wolff said he expects "a close three-way fight for the rest of the season" but the Mercedes camp will also be upbeat after getting a first season win.

"I think the performance upgrade battle will be important, to see how that development goes between both teams, so that will definitely be important. I think more unlocking the potential of the car," Hamilton said.

"We definitely have some work to do, but we are in the mix."

Hamilton won in Baku after team-mate Bottas suffered a late puncture while leading the way, and the Finn will also be keen to bounce back in Spain. But Ferrari, who won the first two season races from Vettel, are also optimistic as team principal Maurizio Arrivabene pointed out that "our car proved to be very competitive and capable of doing well on any kind of circuit."

Vettel will be seeking a 50th career victory in Spain and hopes that he takes the first step by claiming a fourth straight pole position - a vast improvement compared to last year where the Scuderia team trailed in qualifying. But his Finnish team-mate Kimi Raikkonen will also eye the top of the Barcelona podium a third time in his career, after placing second in Azerbaijan and third in China and Australia.

"I'm far from on the positive side yet ... We know we have the speed. We just have to put things together, and I'm sure it will come," he said.