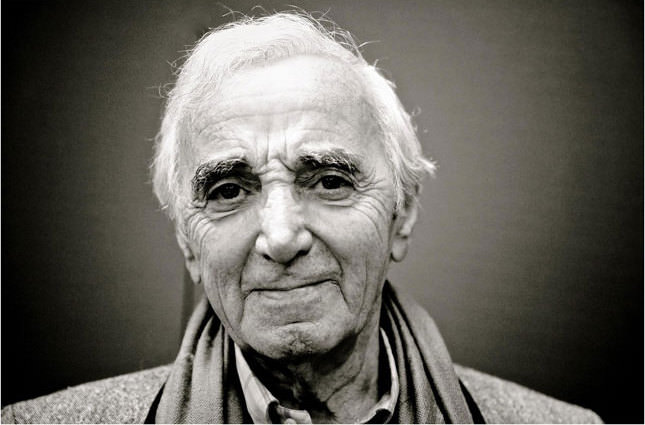 by Daily Sabah May 23, 2014 12:00 am
ISTANBUL — Famous tenor Charles Aznavour, who has written more than 1,000 songs and about 100 records, turned 90 yesterday. The singer, songwriter, actor and diplomat, sometimes referred to as France's Frank Sinatra, Aznavour is still going strong at old age and touring. Along with his fame as a musician, which includes his versions of Armenian songs such as "Im Yare," he is a political activist working to promote human rights. He is also the cofounder of the charity named Aznavour which was formed to serve Armenians. Born in İzmir, Aznavour has been misunderstood by both Armenians and Turks alike and his objective stance has made him a target.

"I was first interested in the Armenian issue after the 1960s when I was in my 40s. I wrote a song named "Ils ont tombé" to commemorate the deceased Armenians. Turkey condemned me for this song. They drew a red cross on my photo in newspapers," says Aznavour and adds "I was surprised and said, 'Please listen to the song once only.' I paid attention not to refer to Turkey or Turkish people in my song." In various previous interviews with him, he also talks about use of the word "genocide." Noting the importance of recognizing historical facts he said on many occasions that he is not bothered by Turkish people referring to the Armenian incident as
a "massacre."
Last Update: May 23, 2014 2:36 am
RELATED TOPICS