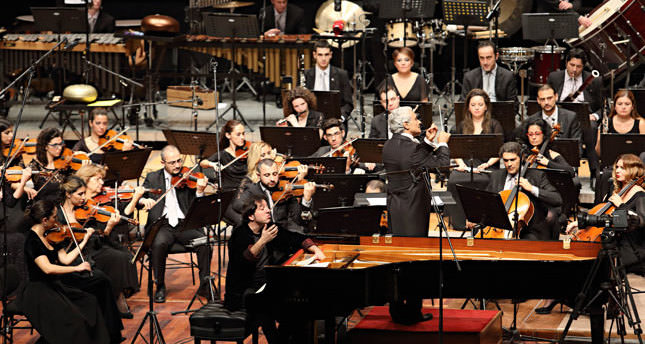 by daily sabah
Nov 07, 2014 12:00 am
The Borusan Culture and Arts Center and the Music for Peace Foundation are collaborating to conduct a social responsibility project for children. The Borusan Philharmonic Orchestra (BİFO) conducted by Sascha Goetzel, who is also the orchestra's artistic director, and the Music for Peace Orchestra conducted by Samuel Matus will perform at the Lütfi Kırdar Anadolu Auditorium next week on Nov. 13. Acclaimed pianist Kaan Baysal will accompany the two orchestras with a colorful repertoire including Mozart's "Piano Concerto no. 23 in A major," Mikhail Glinka's "Ruslan and Ludmila Overture," Maurice Ravel's "Ma Mere l'Oye," George Bizet's "The Carmen Suites" and Gioachino Rossini's "The William Tell Overture." The Music for Peace Foundation aims to offer free music education to as many children as possible and spread the sound of peace across the world. Since last year, almost 4,000 children received polyphonic music education at the foundation's main center and other workshops organized in primary schools. The foundation established three symphonic orchestras at different levels for children and adolescents along with the Music for the Peace Orchestra and the Copper Wind Ensemble Music for Peace, which has given 20 concerts so far. Last year, the Music for Peace Orchestra participated in the Sistema Europe Young Orchestra's first camp that took place in Salzburg. Back in August the orchestra performed at the second Sistema Europe Orchestra Camp at Boğaziçi University. 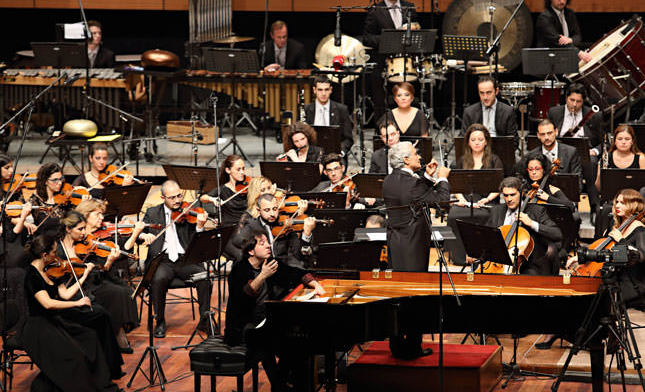 In the following months, the young musicians will give a joint concert with El Sistema, which is a Venezuela-based voluntary music education program, and attend the next Sistema Summer Camp in Italy. The group will continue giving concerts in Istanbul as well as attend the Albert Long Hall Classical Music concert and perform at the Leipzig Opera in March 2016. "The Music for Peace with BİFO" concerts will continue at the Borusan Music House on Dec. 14 with a performance by the Borusan Children Choir conducted by Gülsen Yavuzkal and the Music for Peace Choir conducted by Mete Ortaç. A third concert will take place on Dec. 17 at the Lütfi Kırdar Congress and Convention Center. The BİFO will perform with honorary conductor, Gürer Aykal, and conductor Samuel Matus will accompany the Music for Peace Orchestra along with Başarcan Kıvrak on piano. The concert repertoire includes Hugo Alfven's "Swedish Rhapsody," Franz Liszt's "Piano Concerto No. 1," "Slavonic March" by Pyotr Tchaikovsky, Arturo Marquez's "Danzon No. 2" and Edward Elgar's "Nimrod" in his Enigma Variations. On Dec. 19, the Copper Wind Ensemble Music for Peace, conducted by Seçkin Özmutlu, will perform during the final concert with Mercan Dede. All concert revenues will be donated to the foundation.