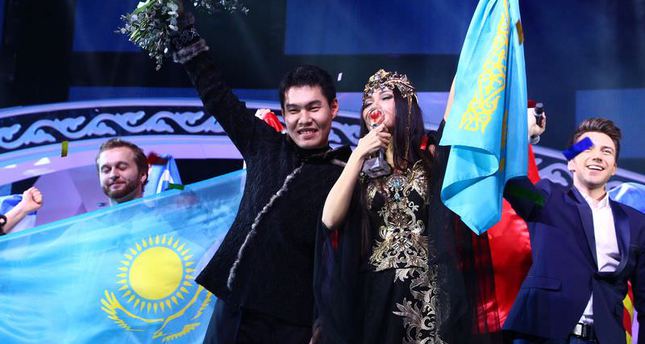 by AA
Nov 22, 2014 12:00 am
A singer from Kazakhstan has won the second edition of the Türkvizyon Song Contest in Russia's Kazan city.

Contestants in the popular singing competition all come from Turkish-speaking countries or regions.

The result was announced late Friday.

Turkish broadcaster Turkish Radio and Television Corporation, or the TRT, is behind the singing contest. The competition was held for the first time in Turkey's Eskişehir province in Dec. 2013.

Kazan is designated as the 2014 Culture and Arts Capital of the Turkic World by the International Organization of Turkic Culture, which is one of the organizers of the contest.

Six new countries, including Germany and Russia, participated this year for the first time in the contest.

Funda Kılıç represented Turkey in the contest. Kılıç was born in Turkey's western province of Izmir, but now lives in Belgium.