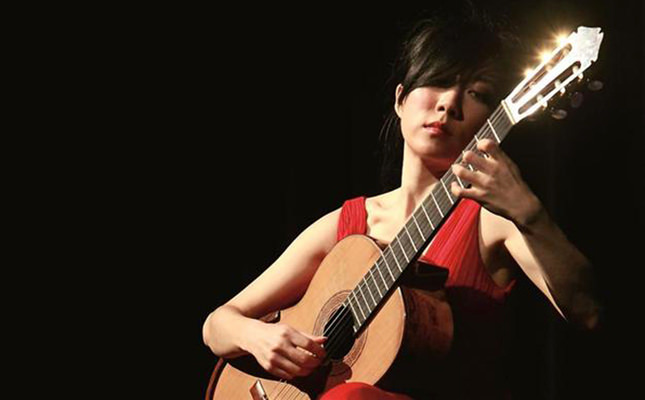 by Daily Sabah Feb 02, 2015 12:00 am
Next week on Feb. 14, Xuefei Yang will be on stage at the Seed, the performance hall of the Sakıp Sabancı Museum. She is said to have been China's first ever international classical guitarist and is a member of the Royal Academy of Music.

Having given her debut concert at the age of 14, Yang is a prodigious musical talent, who was born following the Cultural Revolution, an era when Western music and instruments were banned in China. She has performed in 40 countries across Europe, Asia and North America. In 2003 Yang performed 54 concerts for the Nights of the Proms tour to a total audience of nearly 800,000.

Yang's debut album, "Romance de Amor," went gold in Hong Kong and her second album, "40 Degrees North," was announced as the "Best Instrumental CD of 2008" by the Canton Radio station in China and the Editor's Choice in Gramophone Magazine, an acclaimed publication on classical music. A few years ago, Yang topped the music charts with her third album featuring Rodrigo's Concierto de Aranjuez on EMI with the Barcelona Symphony and Catalonia National Orchestra. Currently based in the U.K., she has recorded several other albums for EMI Classics.

The musical talent will be on stage through her repertoire during her Istanbul recital. She will be performing pieces by composers such as Carlo Domeniconi, Bach and Isaac Albeniz.