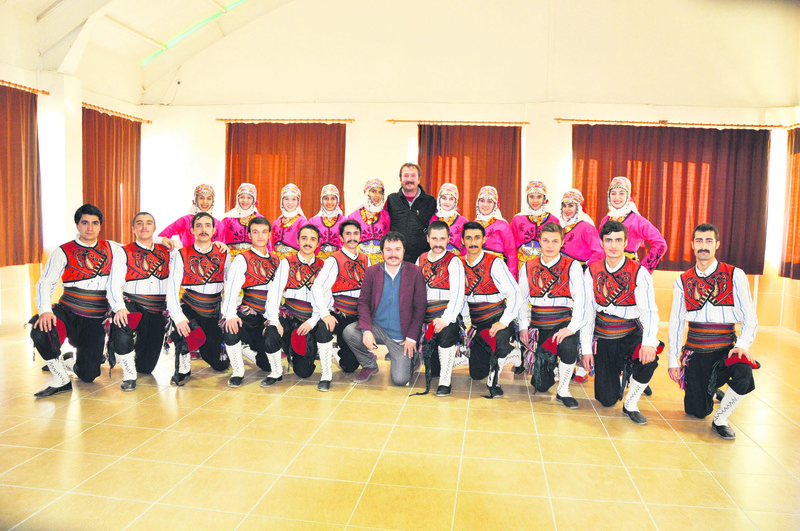 by Daily Sabah May 19, 2015 12:00 am
The Sabancı Foundation's "Turkey's Changemakers" program continues to share "incredible stories of extraordinary people." The program is based on sharing its projects online as short videos and aims to increase active participation in social development by inspiring people through videos. The 15th and last changemaker of the sixth season is music teacher Emre Dayıoğlu, who gives life to long-forgotten melodies. Dayıoğlu has been teaching music at Durmuş Yener Middle School in Antalya's village of Bayralar since 2012. He began taking an interest in music, which finally led him to become a music teacher, when he learned to play the saz while in elementary school. He continued to be interested in local music and the local instruments of Anatolia as a middle schooler. Although he considered his devotion to the three-coursed bağlama as just a hobby, his dreams of keeping local music culture alive has reached a height he could never have imagined.

While Dayıoğlu was teaching his students to play instruments that were fading away into history, he also tried to mingle village and Western cultures. Thanks to his initiatives, the Antalya State Opera and Ballet, Antalya Symphony Orchestra and many other classical music artists have performed in Bayralar. He encouraged Münevver Teyze, one of the members of the village community, to conduct the symphony orchestra that came to the village to perform. Münevver practiced with the piano at the village school and was able to play piano with Fazıl Say when he came to the region for a performance. Moreover, Dayıoğlu introduced 600 children from the villages in the Elmalı district of Antalya to piano though his initiative One Piano Four Soloists.

Dayıoğlu tries to visit every village in Burdur, Isparta, Antalya, Denizli and Fethiye, find local musicians and keep nearly forgotten folk songs alive by recording the musicians. The music teacher, who has visited 150 villages in the last three years, provides materials to young people and academics working in the fields of cultural anthropology and folklore. So far, Dayıoğlu has recorded 500 different folk songs and continues to share them with people on social media in order to keep local culture alive. Dayıoğlu's changemaker story is broadcast on the websites ‎farkyaratanlar.org and sabancivakfi.org as well as Facebook, Twitter and YouTube.
Last Update: May 19, 2015 11:30 pm
RELATED TOPICS