Turkish music travels around the world to strengthen international relations 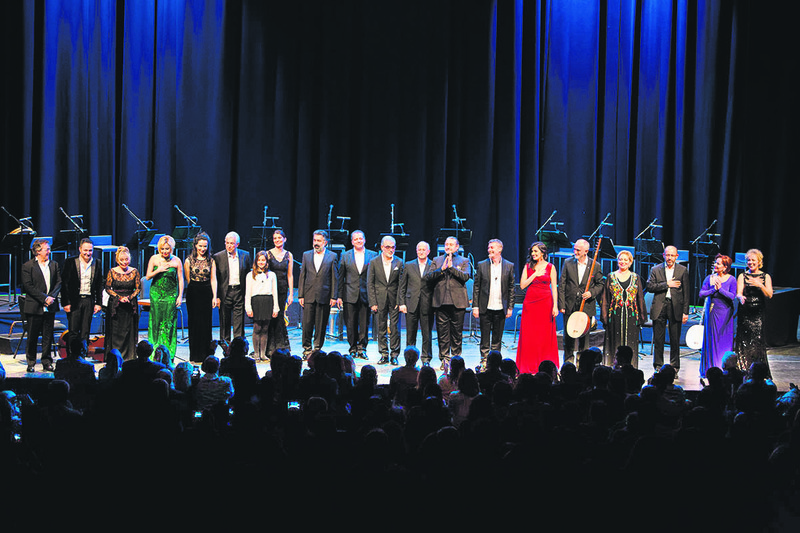 by Daily Sabah Dec 08, 2015 12:00 am
Alaturka Records, a world-renowned representative of classical Turkish music, will sponsor several concerts in various countries to introduce Turkish music to the many music lovers around the world. With the contributions and support of Turkish Airlines, the music is set to strengthen the friendship between Turkey and other nations in the world via the concert series. Turkish Airlines, which builds bridges between different cultures by flying all over the world, aims to promote Turkey's rooted musical culture to the cultural capitals of the world though the concerts.

Alaturka Records will host interesting performances with the participation of local artists and enable joint intercultural projects. The Turkish Airlines Concert Series by Alaturka Records will commence in Japan to celebrate the 125th anniversary of the friendship between Japan and Turkey, which started in 1890 as a result of the Ertuğrul Frigate accident. The concert series will be held in Osaka on Dec. 12 at Mielparque and in Tokyo on Dec. 14 at Tokyo Hamarikyu Asahi Hall. The concerts will feature artists from Alaturka Records along with Japanese singers to create a colorful and exciting atmosphere in Japan, which is a country regarded as "a far-away land but a close friend" by Turkey. Alaturka Records Art Director, Uğur Işık, composed the new boarding music for Turkish Airlines and will travel the world during the 2016-2017 season. The musical ensemble is planned to perform in various destinations where Turkish Airlines flies including, the United States, Germany, France, Austria, Italy, the U.K., the Netherlands, Belgium, Spain, China, South Korea, Indonesia and South Africa.
RELATED TOPICS