Music to rise from !f Istanbul 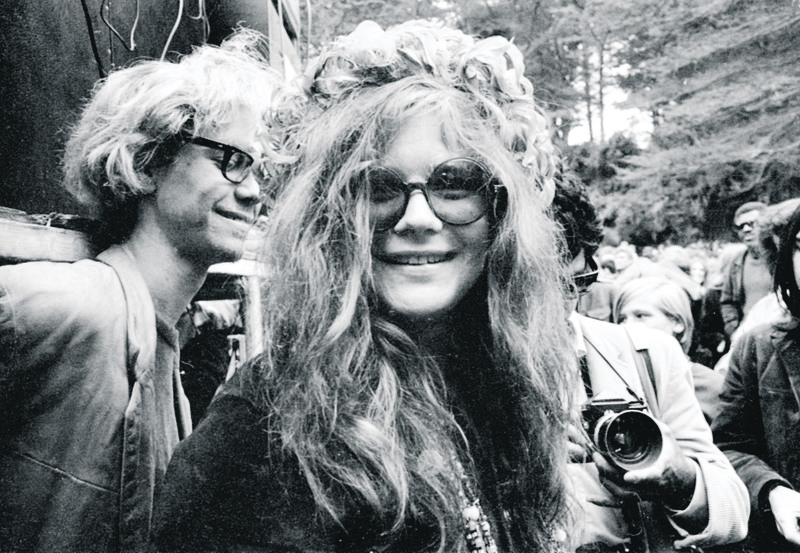 by Zeynep Esra İstanbullu Jan 12, 2016 12:00 am
The !f Istanbul Independent Film Festival, opening on Feb. 18, will bring together films for music enthusiasts. From Janis Joplin to Blur, Kurt Cobain to The Residents, many films dedicated to musicians will be premiered for the first time in Turkey at !f Istanbul.

The 15th annual !f Istanbul Independent Film Festival will once again satisfy music enthusiasts this year. From Janis Joplin to Blur, Kurt Cobain to The Residents, many films dedicated to musicians will be premiered for the first time in Turkey at !f Istanbul.

The unpublished videos and interviews with the goddess of rock music, Janis Joplin, will be seen with "Janis: Little Girl Blue." The documentary has the distinction of being the first documentary that talks about Joplin's personal life, and has been approved by her family.

Oscar nominated film "Deliver Us from Evil" is a film in which we got to know Amy Breg. Breg has also directed films like "Piece of My Heart," "Cry Baby," "Summertime," "Mercedes Benz" which are Janis Joplin classics. We will be able to see footage of Joplin with names such as John Lennon, Yoko Ono and Jimi Hendrix for the first time.

Nirvana's founder, the biggest rock star of the last 25 years Kurt Cobain's personal diaries and audio recordings compose "Cobain: Montage of Heck." Like the Rolling Stones magazine says, it offers us "an unfiltered Cobain experience." We are familiar with Brett Morgan's award winning documentaries such as, "On the Ropes," "The Kid Stays in the Picture" and "Chicago 10." Footage from Morgan's eight-year long journey with Cobain's family and relatives is released from archives for the first time. It is more than just the story of a rock star, but with logs and personal audio recordings it paints a more personal portrait of Cobain. With Courtney Love's input and developed with executive producer daughter Frances Bean Cobain, the film is sure to reduce Cobain's fans to tears.

While the groundbreaking music of the 1990s brit pop band Blur continues to inspire many, fans will be surprised by this new film directed by Sam Wrench. "Blur: New World Towers" tells the story of the album in which Blur came together after 12 years, and watches the band for five days while they are on a world tour in Hong Kong for their first album "The Magic Whip." The film gives hints about the unnamed new album and has some legendary backstage and concert footage.

!f Istanbul also features Sacha Jenkins' documentary "Fresh Dressed," a history of hip-hop fashion that extends from the '70s to today in chronological order. The story of the rock group The Residents, whose identity is still hidden, will be told in "Theory of Obscurity: The Residents." The film will talk about the bands 40 year-long career.
RELATED TOPICS