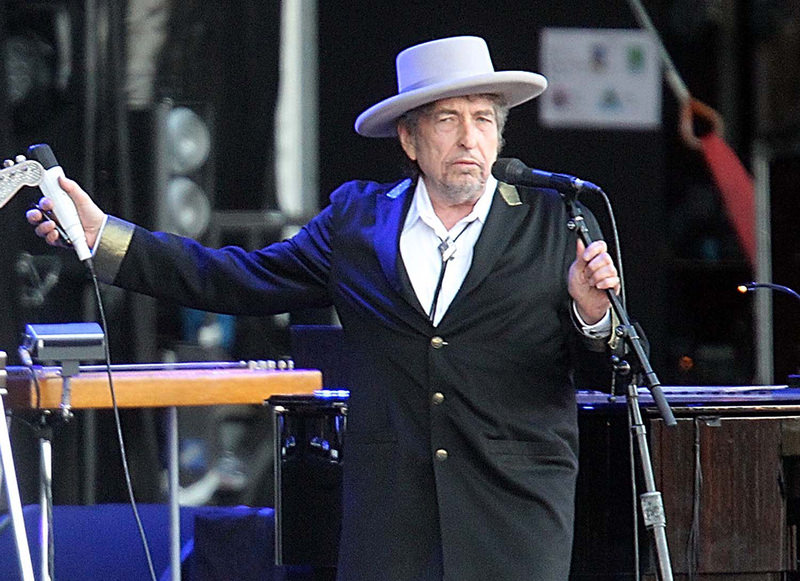 by Mar 07, 2016 12:00 am
Bob Dylan on Monday announced a new album and accompanying tour as the rock legend showed little interest in slowing down at nearly 75.

Dylan said that his 37th studio album, "Fallen Angels," would come out on May 20 -- four days before his birthday -- but revealed little else.

The icon of 1960s counterculture revealed the forthcoming album only in passing as he announced a summer tour, writing on Facebook that each pair of tickets would include the CD as a bonus.

"Fallen Angels" comes barely a year after Dylan's last album, "Shadows in the Night," a collection of pop standards that had been performed by Frank Sinatra.

Dylan has remained active and has not offered any hint of impending retirement.

His 2012 album was entitled "Tempest," leading some fans to speculate incorrectly it would be his last work as it shared the title of Shakespeare's final play.

But Dylan has also increasingly looked at preserving his legacy. Last week he announced that he was selling his archives to the University of Tulsa in Oklahoma, where his notebooks and other memorabilia will go on display near the museum of one of his heroes, folk singer Woody Guthrie.

Dylan in 2014 released an exhaustive boxed set of all the recordings from his celebrated 1967 "basement tape" sessions recorded as he recovered from a motorcycle accident.

The rock legend announced that his latest US tour would open on June 4 at the amphitheater of the Chateau Ste. Michelle winery near Seattle.

The two-month tour -- with support from another celebrated septuagenarian artist, R&B singer Mavis Staples -- will focus on outdoor venues and include Tanglewood, the summer home of the Boston Symphony Orchestra.