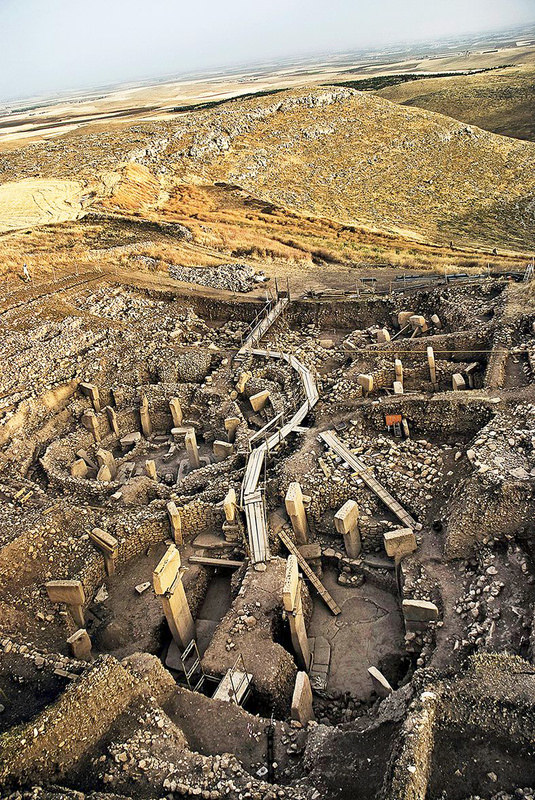 One of the most mesmerizing archaeological finds in the world, Göbeklitepe, is getting ready to host a huge classical music festival in honor of the first temple ever built by humankind

Crowned as the world's first temple, the pre-historic site of Göbeklitepe, located 15 kilometers from the southeastern city of Şanlıurfa, will host a classical music festival in November. The festival, initiated by Piu Entertainment in the city centers of Göbeklitepe and Şanlıurfa, will promote Göbeklitepe as an important archaeological and tourist hub. The festival program, albeit not yet released, is expected to bring in enough revenue to support international efforts to promote this iconic site.

Characterized as "the ground zero of human history," Göbeklitepe stands out among other archaeological sites, dating back 12,000 years, circa 10,000 B.C. Excavations at the site were launched in 1995 by German Professor Klaus Schmidt, who brought to life the previously unearthed finds that have long caused a stir among academicians. The archaeological finds in Göbeklitepe have undoubtedly shed light on the history of humankind, with the first excavation phase – completed with the support of the German Archaeological Institute – revealing that the installations erected in the site were not for domestic use, but mostly for ritual or religious purposes. Subsequently, it has become clear that Göbeklitepe consists of not just one, but many historic eras. Further examinations revealed that there are at least 20 stone installations erected at this site, which archaeologists refer to as a temple. The archaeological site features carved stones ornamented with animal figures and 12,000-year-old T-shaped columns, all of which are older than the agrarian age and even the invention of pottery.

The company that will hold the Göbeklitepe Classical Music Festival is expected to invite renowned classical music artists from all over the world, as well as orchestras, to take part in this huge festival that will be expanded to Şanlıurfa's city center. The artists expected to perform at the festival will be announced in July and are expected to bring memorable performances to the music scene in Turkey.
RELATED TOPICS