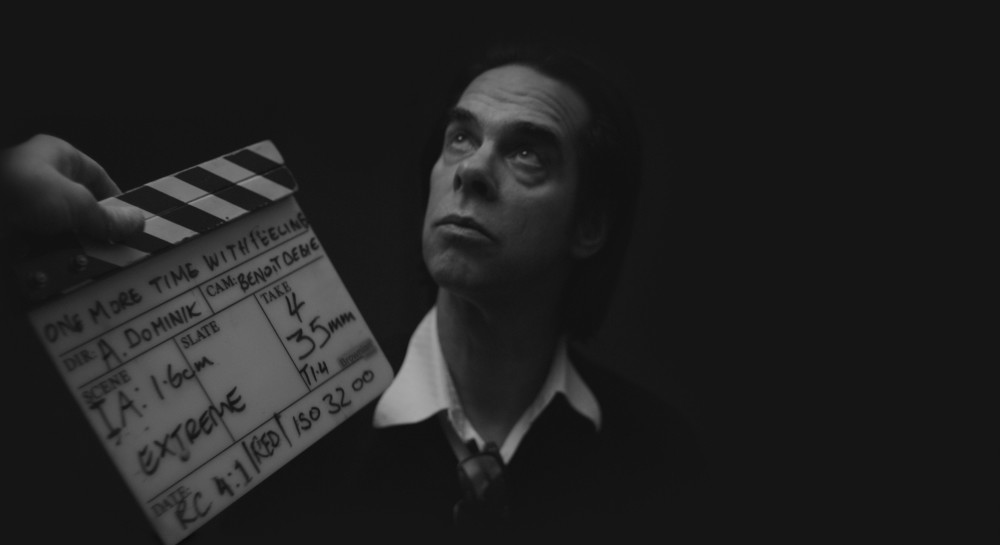 by Daily Sabah Sep 03, 2016 12:00 am
After special screenings of Paul Thomas Anderson's "Junun" and Woody Allen's "Cafe Society," Istanbul Culture and Arts Foundation (İKSV) film screenings continue with a surprise that is sure to please Nick Cave fans.

The documentary film "One More Time with Feeling," which examines the process behind the creation of Nick Cave & The Bad Seeds 16th album "Skeleton Tree," premieres in Turkey and worldwide in a single screening scheduled to be held Thursday Sept. 8, just one day after the album's release. The Turkish premiere will take place at 9:30 p.m. at the Atlas Theater in Istanbul.

Andrew Dominik, the famous director of "Chopper," "The Assassination of Jesse James by the Coward Robert Ford" and "Killing Them Softly" directed the documentary. Featuring stage performances as well as a step-by-step look at the creation of the album "Skeleton Tree" from the preparation stage to the writing of the music and the recording of the album.

The film is narrated by Nick Cave, one of the most unique artists of all time. Known as an artist, poet, writer and musician, Cave's narration is accompanied by performances by The Bad Seeds, various interviews and other video recordings featured in the film. Partially shot in 3-D, "One More Time with Feeling" is a reflection of the creative process and the private life of Nick Cave.

Nick Cave has received numerous awards at international festivals for soundtracks he composed for films, such as "The Assassination of Jesse James by the Coward Robert Ford." In addition to his accomplishments as a composer, Cave also wrote the scripts for the films, "The Proposition" and "Lawless," directed by John Hillcoat. Nick Cave will be featured on the silver screen for the first time since the film "20,000 Days on Earth," directed by Iain Forsyth and Jane Pollard, which won an award at the Istanbul Film Festival.

Tickets for the special screening of "One More Time with Feeling" can be purchased on the Biletix website or at any main İKSV box office after 10:30 Friday, Sept. 2, or at the Atlas Theater after 6:00 p.m. on Friday.
RELATED TOPICS