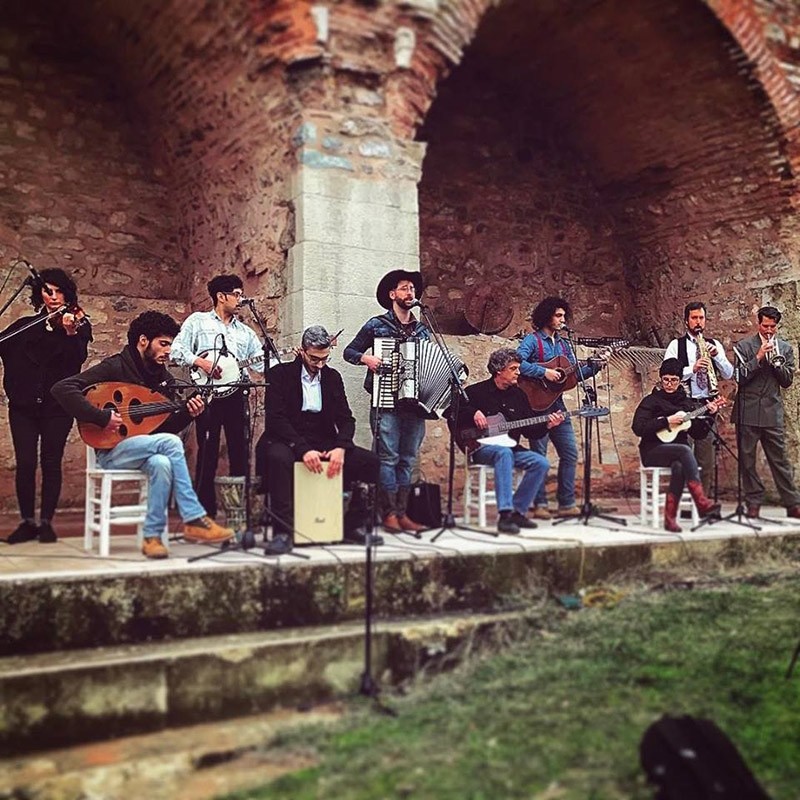 "The paperless people are the ones who belong most," croons Owen Harris, lead singer of the group, in Country for Syria's newest song, "In the States."

The song, performed in both English and Arabic, was inspired by, and partially written during, the band's October tour of the east coast of the United States. In a Facebook picture, all members of the group can be seen posing in front of the White House in Washington DC.

Four of the group's members have been directly affected by Trump's order and are no longer permitted to enter the United States. Other members, like bassist Larry Klein, whose wife is from Iran, have also been affected.

"Our lives are definitely in limbo," Klein tells the camera in the documentary style music video, "We have plans to do things in the future, that right now we can't fully realize."

The band gathered in the Balat neighborhood of Istanbul on February 4 along with about 50 supporters to record the video and speak out against the ban. Using a crowdfunding website, the group collected over $1,200 (4,400 TL) in just two days to raise money for the video's production.

The music video begins with interviews with the group's members. Perhaps most noteworthy is the young couple, Bashar and Kathryn Balleh of Latakia, Syria and Boise, Idaho respectively. The two met during a Country For Syria concert and quickly fell in love. Despite the bureaucratic difficulties, they got married in Istanbul this January.

However, a honeymoon does not seem likely for the newlyweds. "We can't travel anywhere together," Kathryn explains.

Country for Syria aims to shake common misconceptions about both country music and the Middle East. "Trump tries to paint America as a place that is, at its core, a country for white men. Most people also paint country music as a genre for white men," founding member Owen Harris told Daily Sabah.

"Both of those attitudes overlook the debt that is owed to black American and Native Americans, without whom neither the US nor country music would exist in any meaningful way," he added.