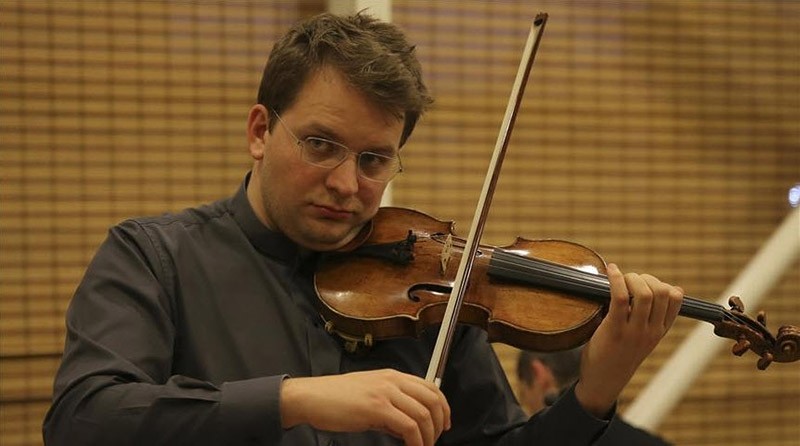 Ukrainian violinist Valeriy Sokolov, who is currently in Ankara for the city's 34th International Music Festival, spoke to Anadolu Agency about his deep love for Turkish culture.

The renowned musician, who has won many prestigious awards, said that he had a certain amount of knowledge about Turkish culture and that he admired Turkish history and Turkish music.

Sokolov has played Ulvi Cemal Erkin's and Ahmed Adnan Saygun's concertos, performing with Istanbul's Borusan Philharmonic Orchestra. Reflecting on cross-cultural influences, he said that the violin had its firm place in Turkish music.

He professed that his love for Turkish music came in part from playing the works of Béla Bartók. The famous Hungarian composer studied folk music in Turkey in the 1930's and collaborated with Turkish composer Ahmet Adnan Saygun, peppering his compositions with Turkish cultural influence.