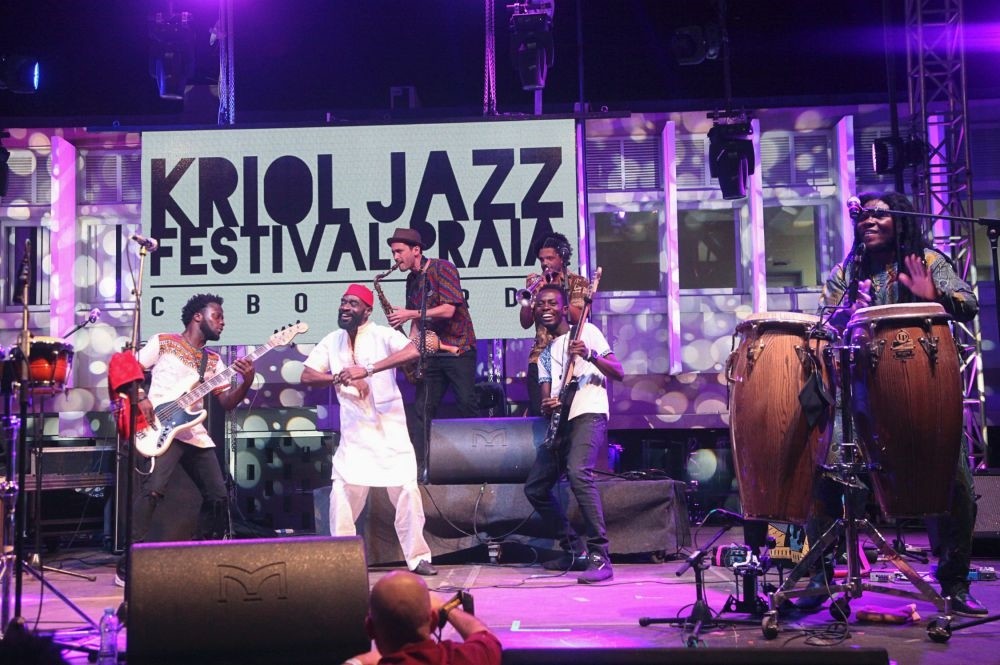 The Pat Thomas & Kwashibu Area Band from Ghana perform during the Kriol Jazz Festival at Praia.
by Apr 18, 2017 12:00 am
Every April, the tiny island capital of Cape Verde is taken over for a week by musicians of all stripes, trailing dreams of record deals and sold-out stadiums.

Two events, the Atlantic Music Expo (AME) and the more established Kriol Jazz Festival, draw talent from as far away Haiti and Brazil, intent on showing what they have to offer to international producers on an archipelago famed for its own rich musical heritage.

"During this fifth edition of the AME, foreign producers showed a lot of interest toward Cape Verdian artists like Lucibela and Os Tubaroes," said Jose da Silva, the festival's executive director, as the week drew to a close.

He describes Lucibela, a young artist who has been likened to Evora, as the hottest ticket at the festival so far, along with South Africa's Tribute "Birdie" Mboweni, whose honeyed tones blend seamlessly with a jazz/soul vibe.

"I want to continue what Cesaria started," Lucibela told AFP. "I want to sing Cape Verde's own musical styles like 'morna' and 'coladeira' all over the world, but I want to be known for my own talent."

No style is discounted at the Atlantic Music Expo, but its African roots are proudly out front, with more than 500 music professionals attending, among them Afrojazz, soul, R&B, rap and traditional folk artists. For many, it is a unique opportunity to perform and network in the beautiful island setting of Praia, the ordinarily sleepy capital. "We hope to meet tour organizers, because they are the ones who will allow us to show our music all over the world," said Pamela Byesadjogo, a Gabonese Afrojazz singer who also made waves at the event.

Singing, drumming and dancing are not limited to the performers in a nation that prides itself on producing some of world music's biggest stars, despite being home to fewer than 500,000 people miles off mainland Africa.

"But what I see here is a public which is full of life, full of joy, and that's great," he said.

Local heroes of international renown such as Lura and Bulimundo were also present to play old favorites to the crowds.

"I have more energy in my body since I became a mother," she said following a show where the applause barely stopped.

"My new album will continue my mission - to sing about Cape Verde, everyday life here and its traditions, blended with sounds from across the world." Hybrids come naturally to a nation that has historical links to Portugal and Brazil, and has long been a stopping point for traders on their passage across the Atlantic.

What remains is to export more of its artists for audiences who cannot make it to see them on the archipelago, said Culture Minister Abraao Vicente. "The intention of the government is now to work on ways of facilitating, in terms of costs, travel for these artists abroad," he told AFP.
Last Update: Apr 18, 2017 1:00 am
RELATED TOPICS