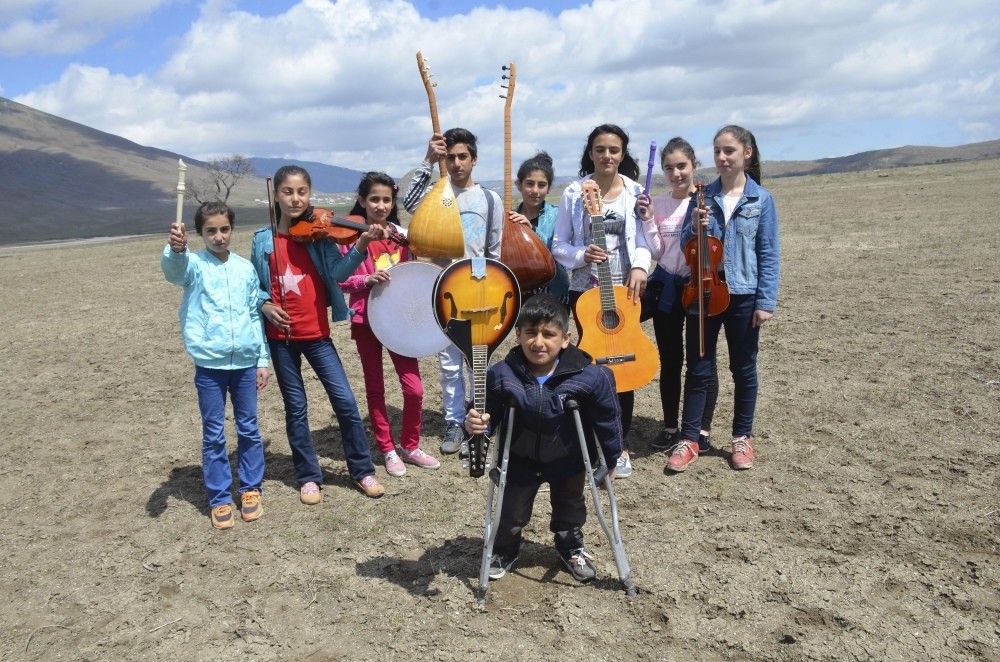 Aslı Tanrıkulu, a music teacher who was appointed to Hamurpet Secondary School three years ago, founded the orchestra with the instruments that were donated to the school. Now, the orchestra has received an invitation from the Sansev Istanbul International Polyphonic Choir Festival.

When the invitation reached the orchestra, at first they thought they could not go to Istanbul to attend the festival because of financial restrictions; however, they have received thousands of messages of support.

Many benevolent citizens, politicians, foundations, artists and the mayor contacted the music teacher, Tanrıkulu and said they were ready to support the orchestra and make it possible for them to attend the festival.

Head official of Varto district and Deputy Mayor Mehmet Nuri Çetin backed the orchestra and decided to cover all the expenses.

Speaking to Anadolu Agency, Çetin said they were contacted by people who learned about the group's financial difficulties and wanted to support the choir. In the end, they decided to cover the expenses.

"Our successful teacher and students founded this successful orchestra, which is almost professional. As Varto Municipality, we decided to send the 40 students to the Sansev Istanbul International Polyphonic Choir Festival and then on a trip to Çanakkale, covering all of their expenses," he said.

Music teacher Aslı Tanrıkulu said that she received many calls from all over Turkey congratulating them for their success.

Tanrıkulu said she could not catch up with the calls and received calls from citizens, foundations, politicians, and businessmen from all over Turkey and their mayor, who said he was ready to help.

Tanrıkulu said most people in Turkey are generous and supportive, before relaying her gratitude to those that supported her students. Tanrıkulu stated that the whole country supported the students, who study in a far corner in the east and now they will be able to go outside of the city for the first time thanks to the support.

"The students already packed their bags even before it was certain that they would go to Istanbul. When I thought that we may not have had this opportunity, I felt very sad. However, the head official of Varto district and Deputy Mayor Mehmet Nuri Çetin extended a hand to our students and decided to cover all expenses, making it possible for our orchestra to attend the festival. On behalf of my students, I want to thank everyone who heard our voices, contacted us and supported us," she said.
RELATED TOPICS