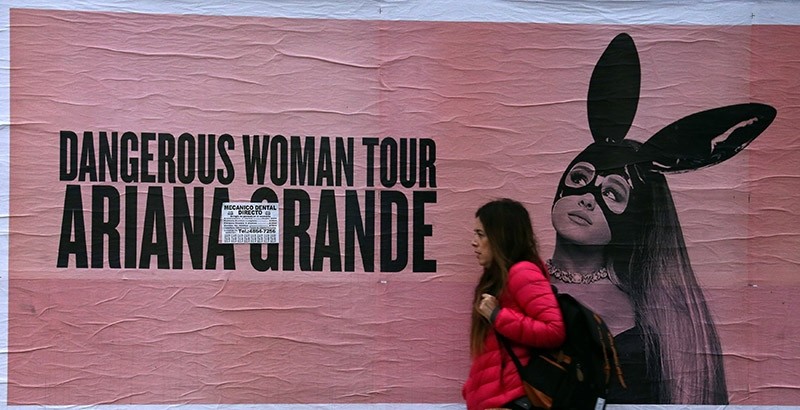 U.S. pop singer Ariana Grande has suspended her concert tour after a suicide bomber killed 22 people at her concert in Manchester, England, the performer's representatives said on Wednesday.

Grande was scheduled to perform two shows at London's O2 arena this week as part of her "Dangerous Woman" tour. Both shows have been canceled, as well as performances through June 5, the singer's record label said in a statement.

"Due to the tragic events in Manchester the Dangerous Woman tour with Ariana Grande has been suspended until we can further assess the situation and pay our proper respects to those lost," the statement said. "Our way of life has once again been threatened but we will overcome this together."

An explosion ripped through the packed Manchester Arena at the end of Grande's concert on Monday, killing 22 people and injuring 64, including some teens and young girls. Grande, 23, was unharmed.

The singer tweeted in the aftermath that she was "broken." She was reported to be back in the United States on Tuesday, seen walking down the steps of a private plane at an airport in Florida in photographs posted on the Daily Mail website.