Justin Bieber not welcome in China due to 'bad behavior' 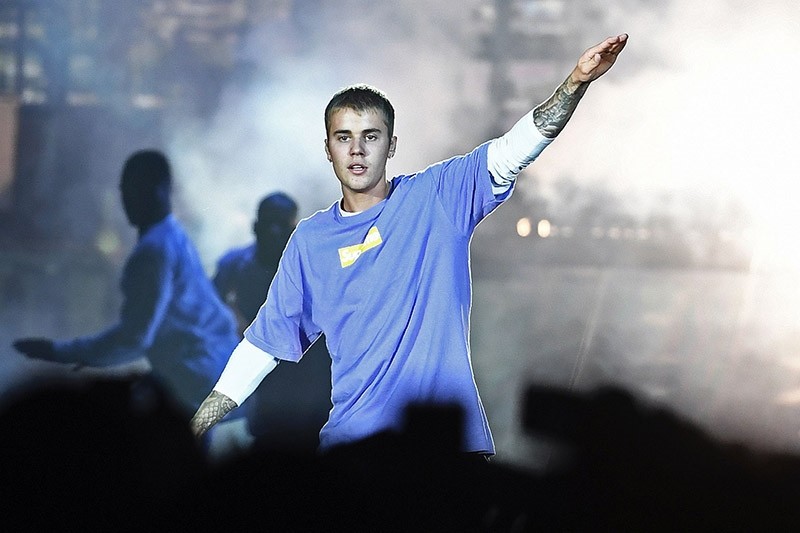 This file photo taken on September 20, 2016 shows Canadian singer Justin Bieber performing on stage at the AccorHotels Arena in Paris. (AFP Photo)
by Compiled from Wire Services Jul 21, 2017 12:00 am

Canadian pop star Justin Bieber has been barred from performing in China over his "bad behavior," the Beijing Municipal Bureau of Culture said in a recent posting on its website.

"Justin Bieber is a talented, but also a controversial young foreign singer," the bureau wrote in response to a question from a user of its website as to why Bieber's upcoming tour of Asia has no dates in China.

"It is understood that as a public figure, he had a series of bad behavior in his social life abroad and in the domestic performance activities he caused public dissatisfaction ... it is not appropriate to introduce bad behavior to the performing arts [in China]," it said.

The bureau said it wanted to "clean up" performances in China. However, it did offer a glimmer of hope to the once troubled teen sensation: "We hope that Justin Bieber in the process of maturing his own words and deeds can truly become a favorite singer of the public."

The singer's latest song "Despacito" has been streamed over 4.6 billion times since its March release, according to the Universal Music Group.

The shrine is seen across Asia as a symbol of Japan's perceived lack of penitence for its past imperialist aggression, under which China in particular suffered heavily.

Shortly after his trip, the singer behind the hit song "Sorry" issued an apology to scandalized Chinese fans, saying he was "mislead to think the shrines were only a place of prayer".

But some have never forgiven him.

"Anyone who knows and then visits the Yasukuni Shrine is annoying," a user called Qiao Ating wrote on China's Twitter-like Weibo website on Friday.

Another Weibo post agreed: "It's good he's not coming. He is a bad boy."

Bieber is due to perform in Hong Kong in September as part of his "Purpose Tour."

Big-name Western acts have in the past been banned from performing in mainland China over political gestures.

Maroon 5 canceled a concert in 2015 after authorities refused permission because a band member had met the Dalai Lama, whom Beijing views as a separatist threat.

Later the same year American rock group Bon Jovi -- who have included imagery of the Dalai Lama in a show -- abruptly scrapped two dates in Beijing and Shanghai.

Chinese officials have been especially sensitive about live concerts since Icelandic singer Bjork chanted "Tibet! Tibet!" during a performance of her song "Declare Independence" in Shanghai in 2008.