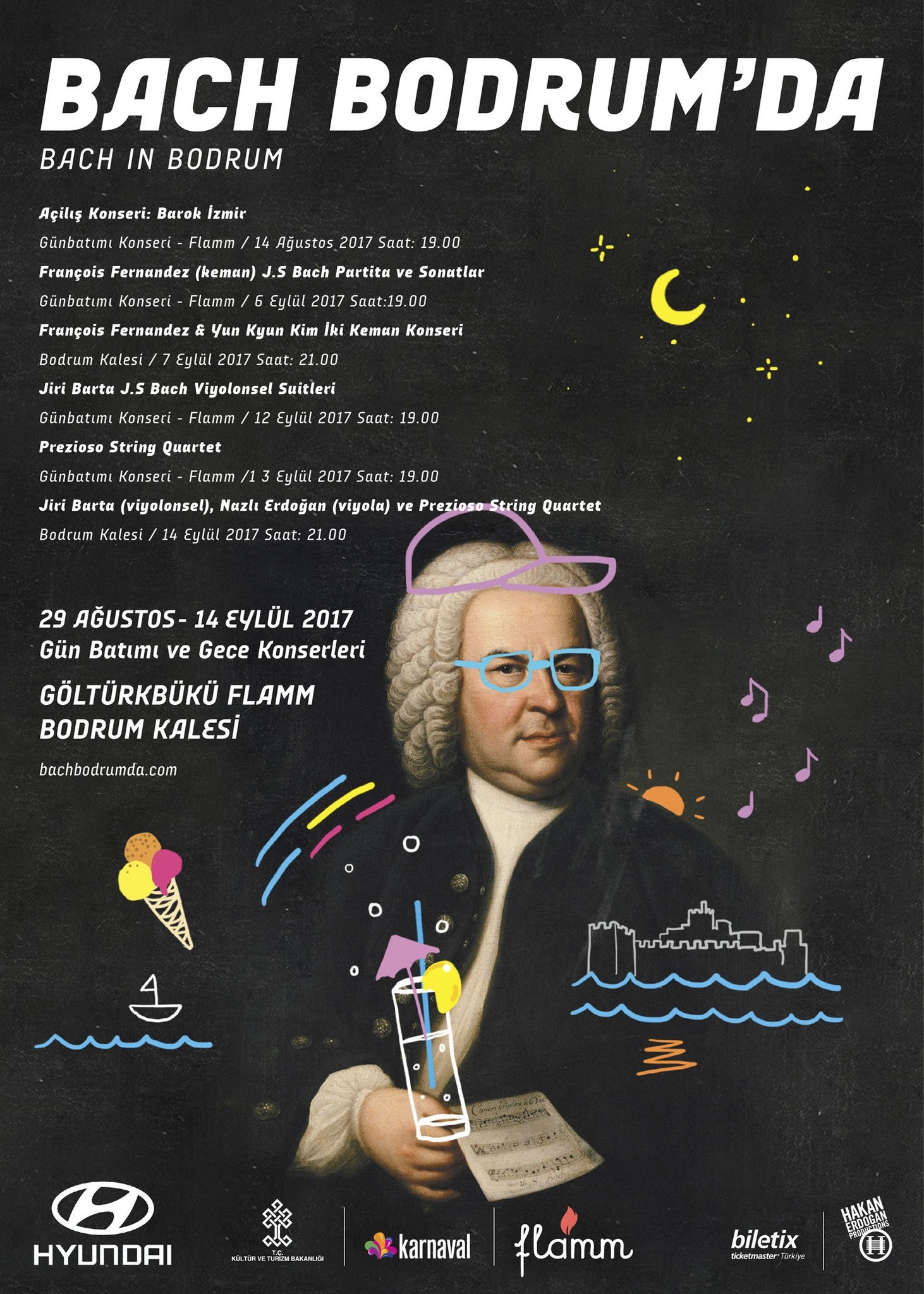 Held for the first time this year, the debut "Bach in Bodrum" will kick off with a unique concert performed by İzmir Baroque, the only Baroque music society in Turkey. The event will take place in the garden of Flamm amid a beautiful backdrop of one of Bodrum's picturesque sunsets on the night of Aug. 29.

Later, on the evening of Sept. 6, famous musician François Fernandez will offer guests a stunning night of music with a solo concert featuring sonatas and partitas composed by Johannes Sebastian Bach.

One of the leading Baroque violinists of today, Fernandez will also take the stage at the Bodrum Fortress with master violinist Yun Kyung Kim for an evening concert of "two violins" on Sept. 7.

Furthermore, beloved musician Jiri Barta will greet music lovers in concert under the unique atmosphere of Flamm on Sept. 12.

The next day on Sept. 13, the award-winning musical ensemble of Europe the Prezioso String Quartet will host music lovers in Bodrum for a night of entertainment.

On the night of Sept. 14, music lovers will come together at the Bodrum Fortress for the "Bach in Bodrum" closing concert.

Featuring two soloists, violinist Nazlı Erdoğan will perform during the first half of the performance while Jiri Barta will take the stage during the second half of the program. The Prezioso String Quartet will accompany these two soloists accompanied by contrabass.