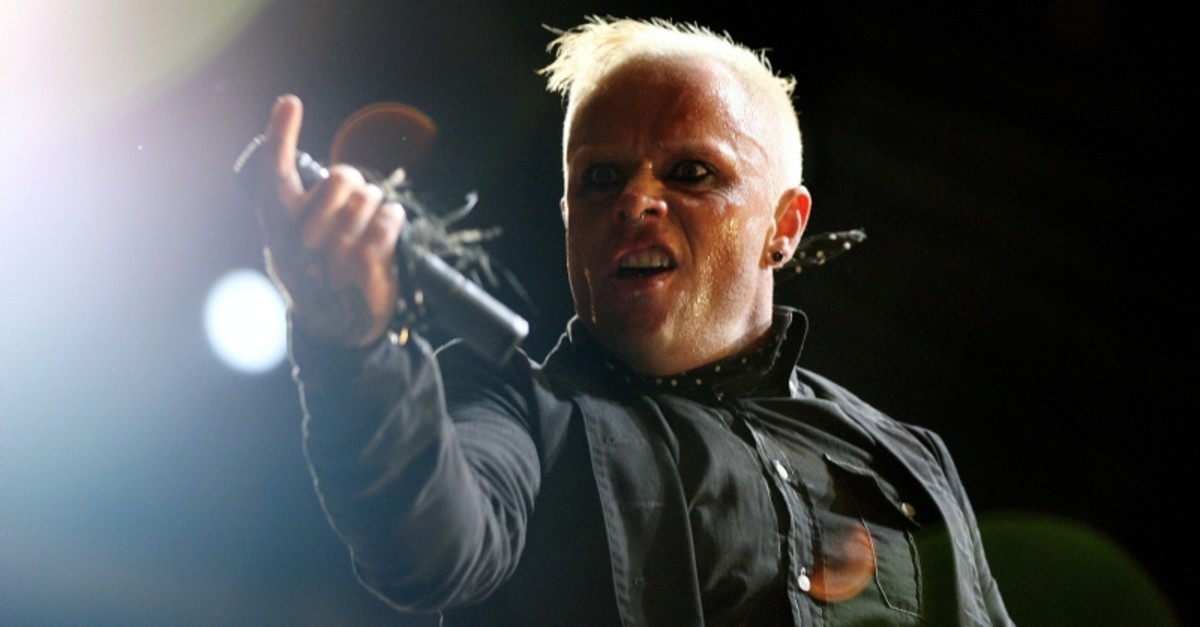 British singer Keith Flint of techno group ,The Prodigy, performs during the first day of the Isle of Wight Festival at Seaclose Park in Newport on the Isle of Wight June 9, 2006. (Reuters Photo)
by Compiled from Wire Services Mar 04, 2019 4:33 pm

Keith Flint, the British musician who sang lead vocals for The Prodigy's hits such as "Firestarter" and "Breathe", has died aged 49, his bandmates said on Monday, saying the singer had taken his own life.

"I'm a firestarter, twisted firestarter," he sang in the 1996 hit which introduced the blistering sounds of Britain's underground rave generation to the mainstream. "I'm the self inflicted, mind detonator, yeah."

Police were called to an address in Essex, eastern England, shortly after 8.10 a.m. on Monday where they found a 49-year-old who was pronounced dead at the scene. His death is not being treated as suspicious.

"It is with deepest shock and sadness that we can confirm the death of our brother and best friend Keith Flint," other members of Prodigy said in a statement. "A true pioneer, innovator and legend. He will be forever missed."

Liam Howlett, founder of the group, said Flint had taken his own life.

The Prodigy had their first gig in Dalston, east London, and released dance track Charly in August 1991. NME said the 1997 'Fat Of The Land' album, which included 'Firestarter' and 'Breathe', had sold 10 million copies to date.