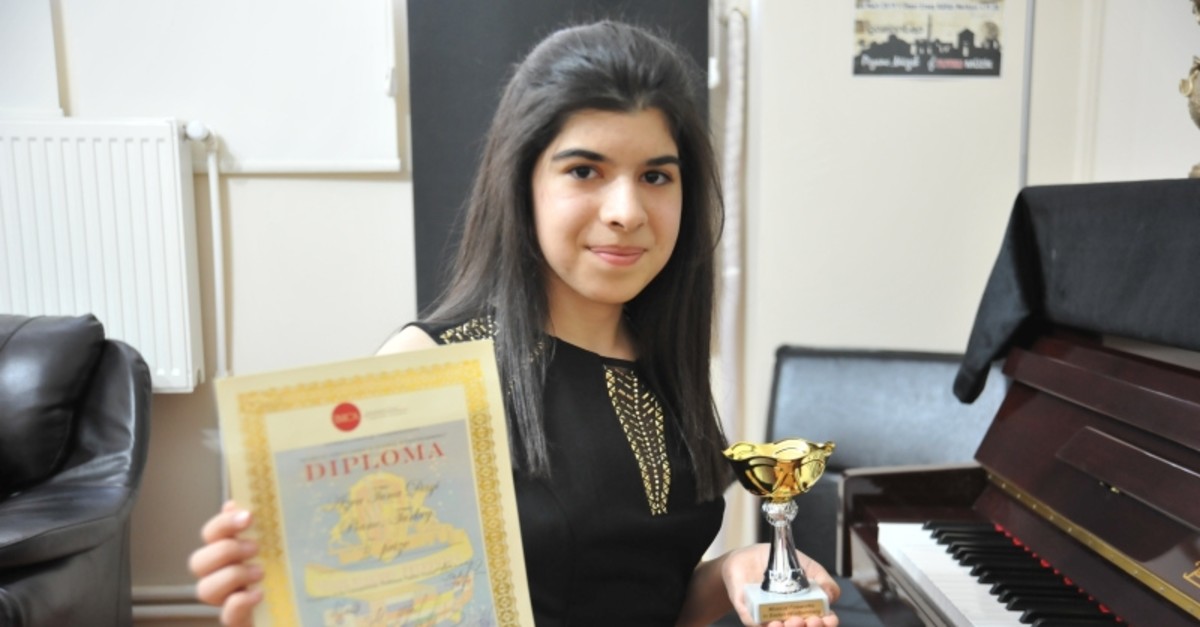 A Turkish high school student came second in an international music competition held in Germany with the participation of contestants from 16 countries.

The 15-year-old told Anadolu Agency (AA) that she has been playing piano for six or seven years and has been studying with her piano teacher Renata Popovych Çavdar for five years.

Dayı said that she plays piano for two hours every day, and has been attending international competitions in order to improve her skills. She previously participated in competitions in Bulgaria, Italy and Germany.

The young pianist noted that she wants to represent Turkey in bigger competitions in the future, adding that she also wants to receive a scholarship from Long Island Conservatory of Music in the United States.

Çavdar told AA that her student has the innate ability to move her fingers very quickly, which is a great advantage.

"We worked very hard. We worked five to six hours a day while preparing for the competition," she said.

"I see a good potential in Azra as a pianist and a musician," she added.

Dayı will also participate in the "X Savshinsky International Music Competition," which will be held in January in the Russian city of St. Petersburg and features Mozart's works.