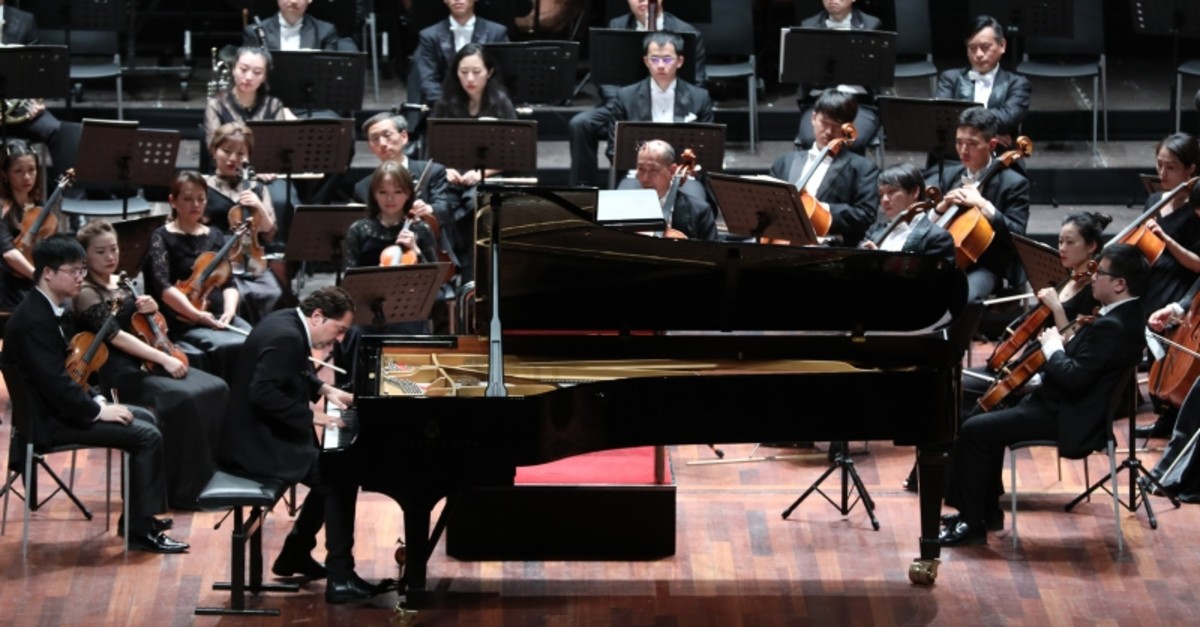 Renowned Turkish pianist and composer Fazıl Say performed alongside the Shanghai Philharmonic Orchestra at the closure of the Istanbul Music Festival on Sunday.

The concert was organized by the Istanbul Foundation for Culture and Arts (IKSV) for the 47th Istanbul Music Festival.

The Shanghai Philharmonic Orchestra performed for the first time in front of a Turkish audience at the Lütfi Kırdar International Convention and Exhibition Center.

During the first half of the two-part concert, Say performed "Piano Concerto No. 3" by Beethoven.

Liang Zhang who has conducted the Shanghai Philharmonic Orchestra for nearly 11 years, followed with a performance of "The Fading Gingkgo Biloba" by Ye Xiaogang.

At the opening of the second half, the orchestra performed "Symphony No. 6" by Antonin Dvorak.

Say will also be joining the Chinese orchestra Monday night in their performance at the closure of 33th International Izmir Festival to be held at the Ahmed Adnan Saygun Culture Center in the Aegean port city.

Born in 1970 in the Turkish capital of Ankara, Fazıl Say began playing the piano at the age of four, and continued his music training at Ankara State Conservatory.

Say has played with the New York Philharmonic and the Berlin Symphony Orchestras, and had also served as a cultural ambassador for the EU.
RELATED TOPICS