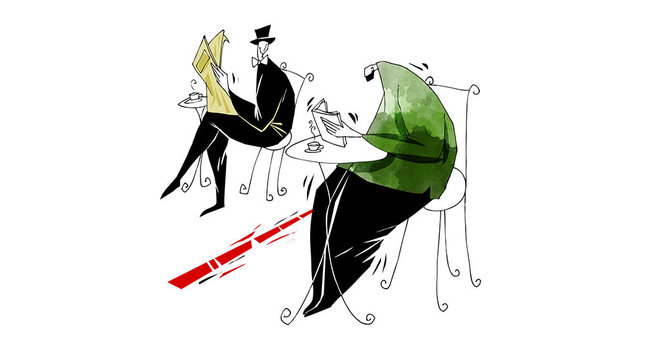 After the tragic Charlie Hebdo massacre, it seems that Europe has several options regarding its policies on Islam and Muslims. Among them, the easiest option is to maximize security precautions in order to exercise absolute control over Muslims

If 9/11 was the start of a moral panic in the West that the "clash of civilizations" was now underway, the tragic killings at Charlie Hebdo may have driven this panic to a new high. After all, Hebdo has a unique symbolic significance. Its satirical anti-clerical journalism represents the most valuable cultural assets of the West - freedom of speech and secularism. Moreover, Hebdo is French, and the French nation historically played a pivotal role, with its bourgeoisie revolution and laicité, in the making of Western civilization. In the eyes of the West then, this was an attack on its very culture by Islamic extremists - perhaps not representative of all Muslims, but still inspired, the West maintains, by teachings of Islam. It certainly didn't help that some Muslims responded by burning down churches and torching Western nations' flags, further affirming the Western depiction of Islam as a religion prone to violence and radicalism.

With this affirmation, the question for Europe has come down to how to proceed from here, how to protect not just its public but also its civilization against a heightening global Islamic challenge and a radicalizing immigrant youth threatening Europe from within. Or put briefly, what to do with Islam now?

An impulsive solution is to have "less Islam" in Europe from now on, and to do that, there seem to be two approaches. One is to be rid of Muslims and Islam by stricter immigration and naturalization policies and tougher control on religious freedoms and practice and on political and civil Muslim mobilization. This approach has its fair share of grassroots supports already: The German PEGIDA, for example, has marched post-Hebdo, this time reaching 40,000 protestors, escalating its call to stop the Islamization of Europe and the growth of a parallel Muslim society in their country.

The other approach, one that is advocated by Marine Le Pen, president of France's far-right Front National, is instead to establish and implement a proper assimilation policy. In other words, it is to effectively secularize Muslims in Europe and, somehow, transform their doctrine so that they can relate to French values and society - that is, so that blasphemy would no longer be punishable by death, that Muslims would be able to laugh at themselves, would internalize women's rights, self-censure their religion, practice civility and accept moral diversity and tolerance, cherish freedom of speech and engage in global debate rationally and through legitimate channels.

But what if instead the solution were more Islam, rightly understood at least? To cultivate a new brand of Islam, an Islam not in but of Europe, though, one must start with understanding what the original doctrine is. When it comes to blasphemy, for example, what exactly does the Quran tell Muslims to do? What needs to be changed?

Islam forbids drawings of the prophets and their companions, but the Quran does not define a criminal sanction for such an act. Defamation of religion, on the other hand, is certainly not unknown to Muslims and their prophet - nor was it unknown to prophets of Christianity and Judaism.

The prophet was no stranger to satire, either. Indeed, some well-known Quarishi poets would attack Islam and its prophet using hiciv, satirical poems. Muhammad, in response, tasked poets among his companions, most notably, Hassan b. Thabit, to defend Islam by ridiculing their opponents using facts - poets would study the tradition and weaknesses of the opponents to compose their hiciv - and their wit.

How about freedom of speech though? Does Islam allow it or even have a sense of it? Surprisingly, Islam's stand on freedom of thought and speech seems to be similar to that of the First Amendment. Roughly put, for each, one is given the right to say "this is what I think" without punishment, unless her thought and speech translates into criminal action. This does not excuse vindictive language, which falls outside the Quranic moral imperative to avoid harm and assault on other people, their values and beliefs. Freedom of speech, in other words, must be subject to self-censure, if you are to obey God's words.

The inadequate understanding of Islam is not unique to Europeans but, more gravely, includes Muslims, most of whom, even among the educated elite, lack comprehensive knowledge about core theological and ethical notions within Islam.

No doubt, Islamism itself is in many ways at fault for this. From the ninth century anti-philosophy currents to 19th century Wahhabism to contemporary Daesh, Islamism has played a major role for "less Islam;" the gradual but consistent loss of religious knowledge in the Muslim Ummah. Islamism has distorted Islam by articulating a grotesque version: highly selected, narrow, monolithic, based on little authority, not reflective of the tradition at its best and richest. The biggest damage Islamism has done to Islam, though, was its rejection of reason and individual reflection in the realm of belief (while, on the contrary, the Quran ascribes an active role for reason and inquiry in faith). What is worse, this simplified version was comically easy to circulate: it made its case persuasively, defined an enemy, reduced religion to few principles and said that it had the solution - though it did not clarify what the question was.

Yet secularists played their part as well. Take Turkey. Early modernizers not only fueled Islamism by oppressing religion, but they also more directly contributed to the decline of Islamic knowledge. Seeing religion as something irrational, but recognizing its utility, the state co-opted religion, creating a version reduced to behavioral aspects, a shallow spirituality and nationalist sentiments. Theology and philosophy of religion were left out both in education and in the overall formal official discourse on religion. This trend has continued: Even for social scientists studying religion, theology is only for imams; studying religion requires only sociology and economy. This type of analysis reduces religion to something epiphenomenal and diverts attention toward the sociological phenomenon of Islamism and its politics and away from Islam itself and its theology.

The task to retrieve "more Islam" is of course quite difficult now for both Turkey and Europe as a whole. It will require structural changes, including establishing new institutions to find the resources within Islam to demolish inadequacies in our understanding of Islam, and backlashes are inevitable. Islamists (and conservatives) will accuse such attempts as heresy, while academics, ones who insist on seeing religion as "always oppressive," will see such attempts as a false secularization of religion, not a reinstitution of its actual message, thus trapping us back into the religion versus modernity divide.

This also means that Europe and committed secularists will need to rethink their own assumptions about religion, their inability to distinguish between piety and fundamentalism, their insistence on reducing religion to unchanging dogma and their own tendency toward authoritarianism, which creates an equally authoritarian Islamism in its mirror image. This self-reflexivity is what was left out by Hebdo in its critical view of society.

Less Islam will serve the radicals quite well. If Islamism is going to work, it has to get rid of the variety and nuance that existed in Islam and create seemingly monolithic, dogmatic doctrine, fundamentally against the spirit of the Prophet Muhammad's teachings. Hence, the choice for Europe is not between less Islam or more Islamism, but between more Islam or more Islamism.

In any case, the world now is too complex for secular fundamentalism. That complexity requires us to really understand religious traditions, not just Islam, and by that understanding to challenge the reductive, instrumental view promoted by extremists.