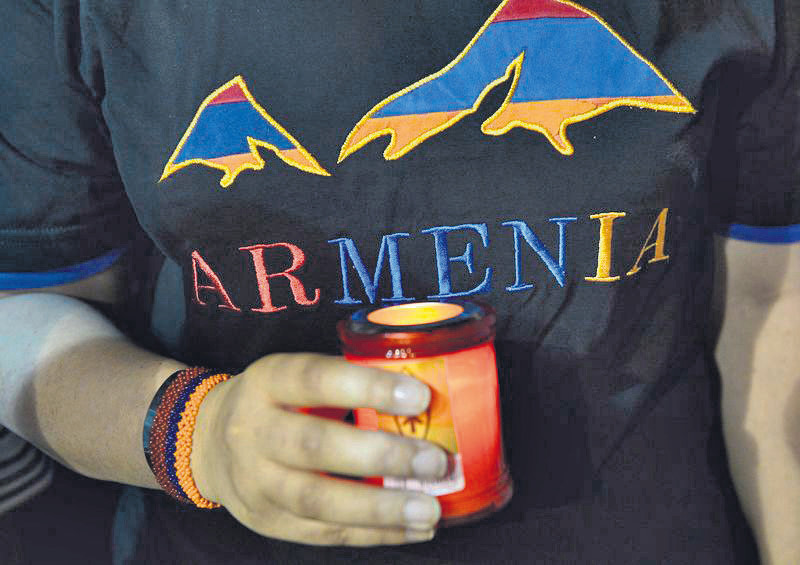 While using the Armenian issue as a political leverage against Turkey, the U.S. government has given Turkey a false sense of cooperation on the genocide accusations for years

Power considerations explain the lingering genocide accusation campaign against Turkey. In international relations, power means the ability to get another state to do what it otherwise would not do. From the perspective of the U.S., how does it try to get Turkey to do things that Turkey would otherwise not do? The fact that the U.S. and Turkey have been enjoying mutually beneficial military and economic cooperation has two clear meanings. One, it would not be rational for the U.S. to threaten Turkey through military action or economic sanctions and two, there is a strong incentive for the U.S. to find ways to maintain this high level of cooperation either through obvious rewards or through a semblance of them.

For years the U.S. government has given Turkey a false sense of cooperation on the genocide accusation and the Armenian narrative. Turkish diplomats would meet with their American counterparts and ask for clarifications on the American position regarding the concerted efforts to issue accusations against Turkey that are based on what they call historical bias. In response, the Americans would gladly communicate to the world that they are cooperating with Turkey on this issue by refusing to recognize what an army of genocide scholars are claiming to have been genocide.

In truth, however, the controlled academic discourse on genocide has been in the service of U.S. interests all along. The genocide accusation against Turkey had begun its march toward systemization and institutionalization during the Vietnam War in the 1960s as the main feature of an attempt to divert the genocide debate from the American neocolonialist destruction of societies in Southeast Asia. Throughout the decades since then, this American enterprise has grown into an international machine that has been built through the unmatched power to publish in internationally-read academic journals and popular newspapers. The field of study of genocide had seemingly taken a life of its own to make it easy for the U.S. government to claim dissociation from the anti-Turkish content and then pretend to be cooperating with Turkey on this issue.

To make matters worse, this feigned cooperation has also made it to genocide literature. One of the common arguments made about the Armenian issue is that genocide is not officially recognized because of the U.S. government's cooperation with the Turkish government. The power of the pen would have people think that the U.S. is forced into this "failure" to recognize genocide because of its political ties with Turkey. This insincerity has thrown the debate into deep confusion. First, the very notion that a genocide ought to be recognized, or is on the verge of being recognized, is itself a product of discourse control. A truly free academic debate on the causes of the tragic events during the period, which affected many especially Armenians, would have allowed for a focus on the intent and actions of imperialist external forces to divide and conquer by pinning the Christian Armenians against the Muslim Ottomans. The entire genocide focus of the last decades is fundamentally unnecessary, except for its politics. Second, the scripted headlines on this supposed cooperation sustain the genocide claims because they make it seem as if Turkey is defended by politics rather than history. In other words, it keeps the genocide pressure alive and it keeps Turkey coming back for more of this illusory American cooperation.

Bringing clarity to this confusion, it must be said that when it comes to the Armenian issue, or through the Armenian issue, it is the U.S. that is imposing cooperation on Turkey, and not vice versa. This cycle of fake cooperation is an American achievement, a Hollywood production. In the study of international relations it is called soft power. In 1990, political scientist Joseph Nye began to articulate the coopted power that the U.S. has and other states do not. Soft power is the power to legitimize power, and it is the perfect complement to hard physical power. It means having the ability to convert military and economic dominance into information control through superior access to minds around the world in a way that allows a powerful state to get what it wants from weaker states without having to use coercive power. In order for soft power to be effective, the U.S. government has to make sure that the dissemination of information is successfully controlled without a loss of credibility. That is why, as far as American soft power is concerned, it is ideal to enlist "credible," independent experts, as the former U.S. administrator of the Office of Information and Regulatory Affairs, Cass Sunstein, suggested in a 2009 article written together with Adrian Vermeule, "Conspiracy Theories: Causes and Cures," in the Journal of Political Philosophy.

The importance of credibility was highlighted by Nye in his 2001 book, "The Future of Power," in which he says: "The best propaganda is not propaganda." Meaning soft power is most effective when the intended audience is clueless as to the material's U.S. government origin. Thus, U.S. government interests are best served when in the guise of scholarly work. By producing an academic infrastructure of vast publications and various international institutions, its narratives then become prominent and impenetrable to outsiders or, as Nye put it: "Powerful actors can make sure that the less powerful are never invited to the table, or if they get there, the rules of the game have already been set by those who arrived first." This seems to describe what the field of genocide study has done to late Ottoman history.

Samantha Power's 2002 book, "A Problem from Hell," is the capstone of the genocide discourse that was constructed over decades by American soft power. Through the utilization of power, it combines the ability to promote a product with the ability to dictate the acceptance of its content. Characterized by bias, it is a masterful recitation of the artful language established by genocide scholarship. Significantly, it marks the transition accomplished by the U.S. handling of the language of genocide, from having to defend its military operations in faraway places in the 1960s to arguing - in the name of morality - for military operations in faraway places in the 21st century. In the process, she shamelessly tarnishes the name of the entire Turkish nation, without expressing any remorse to this day. It was convenient for her, as for the U.S. government, to make it seem as if the story of genocide begins with, and should be pivoted on, a "race murder" conducted by Turks. She is currently the U.S. ambassador to the United Nations, not without relation to how the book was a big winner with soft intellectuals.

Soft intellectuals are readers, but not careful readers. They are those intellectuals who would accept the narrative of a seemingly scholarly book because of the author's public image because of a Pulitzer Prize and because of The New York Times best-sellers list. This is done without engaging in source criticism, without questioning the author's analysis and without grasping the soft-power purpose of the book.

Soft intellectuals in the U.S. would mock those who believe everything they see on Fox News, but they themselves would ignore the possibility that they are being mobilized by articles in the New Yorker, such as the one by Raffi Khatchadourian, "A Century of Silence," published in the Jan. 5, 2015 issue. Most readers of this magazine trust it so much that they would not think to question the integrity of the 22 page display of a twisted narrative or consider its soft-power purpose. Instead they would rather believe that it fell from the sky to the desk of the editor, and that sheer quality or human interest rather than political purpose had warranted the allocation of substantial space for it on this mainstream platform.

Among the targeted soft intellectuals are members of general American society who passively internalize the information they receive about Ottoman-Armenian history, leading to a designed consensus view. It also targets the members of the Armenian-American community who are expected to react zealously to these advertised notions of historical injustice against their people. Interestingly, Turks are also among the targeted soft intellectuals.

This was apparent in Thomas de Waal's article, "The G-Word: The Armenian Massacre and the Politics of Genocide," that was published in the January/February 2015 issue of Foreign Affairs, which is run by former U.S. government personnel. Aside from tampering with perceptions of history, de Waal attempts to prescribe a reality in Turkey by describing "a Turkish thaw" and commending those who oppose an "old dominant narrative" in Turkey. In other words, de Waal is using his U.S.-given soft power to affect Turkish readers in ways that a Turkish author would not be able to affect American readers, and to rhetorically manipulate his readers into thinking that there is denial in Turkey that ought to be negated.

In this manner, de Waal is trying to appeal to those who are intellectual enough to be reached by his writing and want to be accepted as intellectuals by the West, but not intellectual enough to notice his de-contextualization or recognize his soft-power purpose in the service of U.S. government interests. Soft-intellectual agreement with what people like de Waal are advocating adds pressure on the Turkish government and maintains leverage for the U.S. government to ensure that Turkey stays cooperative. It is the magic of soft power that makes a stick appear as a carrot. While American soft power preys on soft intellectuals, Turks might rise above it by showing the ability to discern between American-controlled information and genuine Ottoman history, just as one would be able to discern between a Big Mac and a doner kebab.