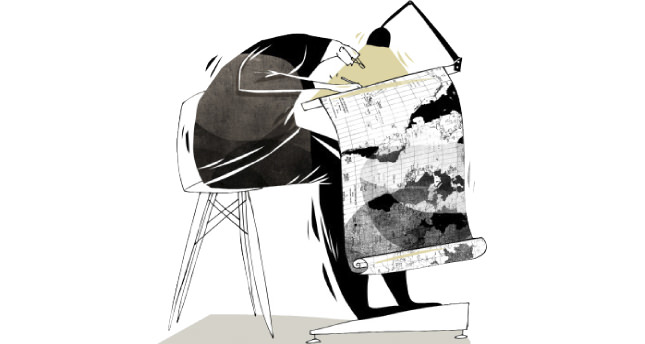 Since the outset of the innovative design age, cities have been experiencing dramatic changes as a result of design-related innovations within creative industries such as architecture, transportation, waste management, environmental protection, telecommunication networks, media, animation, movies, arts and fashion and crisis management. As creative industries evolve, innovative designs contribute to the development of the global economy. Innovative designs in various sectors of industry are recognized as a critical accelerator in the development of cities, urban spaces, economies and inhabitants. This is because of the fact that design has the potential to become an integral part of innovation policy as a whole.

Cities with creative intellectual potential are committed to stimulate their creative capacity in order to manage their economic growth and transform the city itself and the life of its inhabitants. Thanks to better innovation policies, certain cities gain competitive advantages over other competing cities to become global leaders in various sectors of the economy from tourism to finance, and attract more foreign direct investments.

Along these lines, one can safely argue that a city's prospects for future success are largely dependent on its capacity to manage innovative design, which requires collaborative work with numerous actors. Development of creative industries by recognizing the value of design makes cities more attractive, intelligent and competitive. By means of boosting their design capacity, cities gain competitive advantages in economic, social and cultural areas as mentioned above. While a city stimulates design as a new economic development strategy as well as an instrument for communicating identity and values, it also creates a dominant design culture all over the world.

In this context, one should draw attention to global initiatives directed at improving the innovative design capacity of cities. One of them, the World Design Capital (WDC), is a non-governmental organization initiative established and managed by the International Council of Societies of Industrial Design (ICSID), which aims to protect and promote the profession of industrial design. It also designates cities for creating a world-wide design community and transforms cities and their inhabitants' lives, promoting global understanding of design for enhancing economic growth, social, cultural, environmental and technological development, innovation and quality of life tools.

The ICSID was established in 1957 with the motto: "Design for a Better World." Having some 150,000 designer members from around the world, the ICSID has designated a city as the World Design Capital every two years since 2008. Through the WDC program, ICSID intends to recognize and tout innovative cities, showcase a designated city and its achievements on the international arena. Its aim is to create an international network where cities and municipalities can learn from and share their innovative design programs and strategies, and provide a conducive environment to share municipal design-oriented projects between developed countries and emerging economies.

This initiative provides a key opportunity for Istanbul to promote and communicate its design-related assets to the world. Events as part of the WDC offer a very beneficial platform to identify global cooperation opportunities between the designated WDC and other cities, as well as among public and private sector actors and all kinds of stakeholders from around the world. The WDC also provides a distinctive opportunity for cities to feature their accomplishments in attracting and promoting innovative design and their successes in urban revitalization strategies. Cities that have held the designation include: Torino, Italy in 2008; Seoul, South Korea in 2010; Helsinki, Finland in 2012; Cape Town, South Africa in 2014; and Taipei, Taiwan slated for 2016.

With its remarkable assets, Istanbul hopes to be designated World Design Capital for 2018. During the last session of its February 2015 meeting, the Istanbul Metropolitan Municipal Assembly unanimously approved the city's application to become World Design Capital in 2018. A report from the Urban Design Directorate of Istanbul Metropolitan Municipality's Research and Projects Department stressed that Istanbul was previously designated as the European Capital of Culture in 2010 and European Capital of Sport in 2012, and held the titles successfully. Highlighting that 74 design weeks are organized around the world each year, the report said: "This is proof that design has become a matter of global awareness." Asserting that Istanbul has the necessary potential to properly carry the title, the report said: "If realized, the event will help our country cover significant distance on the way to becoming a global center of innovative design, and will in return bring our economy a turnover with high added value." If selected as the WDC for 2018, Istanbul is going to have a year-long program of design-related national and international events, maximizing opportunities arising from collaboration with the global design community. The event will also help our country expand its reputation in design-related matters and communicate its success story to a truly global audience.

Istanbul has hosted this kind of international organization before and has the required potential and experience to become the venue of such an event. We have to look at the city's capacity for design to understand its infrastructure. The city's design infrastructure with existing design facilities including contemporary art museums, modern design galleries, centers, libraries, and its design industry including professional local and international organizations, associations, chambers, educational institutions of design, architectural, industrial and fashion designers, all make a significant impact on the social, cultural and economic development of Istanbul. With these assets at its disposal, Istanbul aims to try to develop a policy that guides and encourages design from the perspective of urban design, regeneration and transformation projects. Istanbul also promotes the use of local materials and techniques in the urban environment to boost sustainable design and to build and protect the city's personality and lifestyle.

This approach can be called promoting sustainability in design through history. Sustainable design is embraced by many ongoing and planned architectural projects in Istanbul. It is seen as a necessity, and industry leaders and the government support initiatives embracing sustainable design, placing great importance on raising well-trained designers in different sectors. They work to create and develop concepts and properties that maximize the function, value or outlook of products or systems for the reciprocal advantage of user and manufacturer.

Industrial design is also behind the city's achievement in various sectors of the economy. Designs from Turkey have frequently been awarded internationally, and have received international recognition as a unique addition to the design world. Turkey enjoys widely-acclaimed design brands with characteristic features unique to the cultural richness of Istanbul.

Lastly, fashion design promotes the city's creativity, innovation history, culture and technological capacity. If Istanbul is designated as the WDC in 2018, the global design community will have the opportunity to share ideas, innovation and expertise, as well as to promote global design in a city situated at the crossroads of civilizations with a deep-rooted historical and cultural background.

In the words of the mayor of Istanbul Metropolitan Municipality, Kadir Topbaş, Istanbul is one of the most important metropolises of the world and a city of inspiration that was the capital of empires for thousands of years - a city that has witnessed many turning points in its long history: "Istanbul is a gateway of the region opening up to the world, and as a commercial and cultural center, it has inherited the management-design-production experience and tradition of 2,000 years." As stressed by Topbaş, in recent years Istanbul has also opened its creative assets to the world by holding various international events and engaging in enhanced international cooperation. "Design is the only means to make cities livable places and to help them understand their past and to create the future. With the WDC designation, Istanbul will further improve its design culture, which has entered into the spirit of the city and shaped the city for thousands of years, and carries its social, cultural and economic performance to higher levels."

Stressed by Topbaş, who is serving his third term at the helm of the Istanbul Metropolitan Municipality with a successful track record, with a WDC designation, Istanbul would be able to advertise its design capacity to the world.

Although the designation eluded the city in 2014, Istanbul remains committed to becoming the WDC in 2018, thus emerging as a major center for design in Europe and Asia. To this end, the national design policy should immediately be revised and strategies that will bring greater changes to design and innovation activities should be identified. With a well-prepared and highly-motivated work creating synergy between all relevant actors, Istanbul will this time, have the title it deserves.