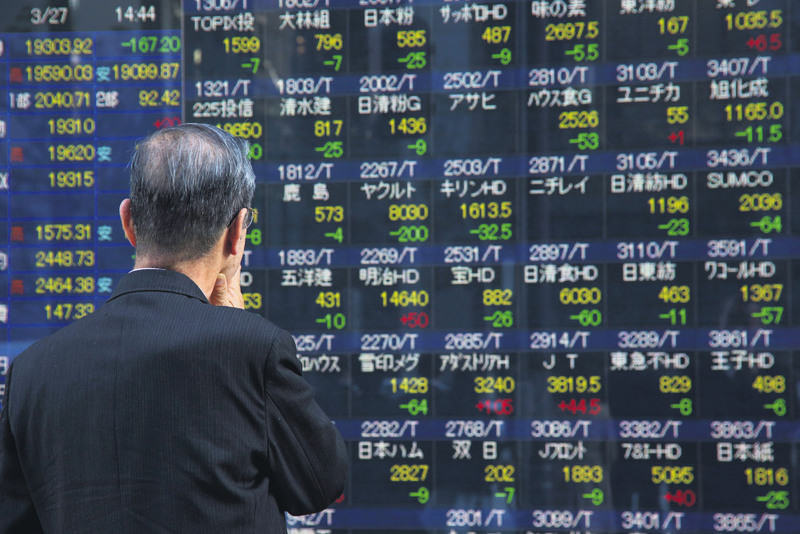 While the recent fall in oil prices will benefit Japan immensely by helping its trade balance, which has been negative since 2011, turn positive, a renewed strategy for the manufacturing industry seems to be strongly warranted

Japan is still struggling with the stagnation that followed the bursting of its financial bubble in the 1990s, a bubble that capped off a successful period of economic transformation after World War II. During Japan's high growth period during from 1953-1973, the Japanese economy rapidly industrialized and became internationally competitive in a number of sectors such as electronics, precision engineering, automotive and shipbuilding.

These manufacturing industries made Japan the second largest exporter in the world after the U.S. in the 1980s. The rise of manufacturing provided Japan with huge trade surpluses and consequently a huge amount of foreign currency earnings. In the 1980s, fueled by exports, the Japanese became investors in real estate in Tokyo, other Japanese cities and abroad, especially in certain cities in the U.S. This trend played an important role in the expansion of the real estate, banking and, ultimately, the financial bubble in Japan. As more capital poured into real estate and the stock exchange, prices in these markets skyrocketed along with balance sheets of the commercial banks that actively financed these investments on the back of the collateral provided by the acquisitions they financed.

After the bubble burst, between 1995 and 2010, the average real growth rate of the Japanese economy was a pathetic 0.78 percent per annum while the U.S. growth rate was 2.52 percent. Weak growth has partly been driven by an aging society leading to low growth in the labor force and a weakening domestic demand. Meanwhile, expansionary monetary and fiscal policies to counteract the stagnation have been futile while the country ended up with a deteriorated fiscal and public debt position and a large central bank balance sheet.

The Liberal Democratic Party (LDP) won the general elections in 2012 with Prime Minister Shinzo Abe's promised reforms to take Japan out of its prolonged stagnation. His government's re-election in 2014 confirmed public support for his policies. Two of Abe's three-pillar strategies inspired by Koichi Hamada, a former professor of economics at Yale, consist of expansionary monetary and fiscal policy. Both have yielded mixed results so far. Exports have proven not quite responsive to a depreciating yen partly because Japanese firms have been offshoring manufacturing facilities, especially for commodity industrial products like economy cars, to other countries. The first sales tax hike in April 2014, which was pre-announced in October 2013, created a mini turmoil during the first and second quarters of 2014 leading to the postponement of the second hike.

With Abe's victory in the 2014 elections, his government needs to start implementing the "third arrow" of his three-pillar strategy, namely structural reforms. However, the third pillar of the structural reforms should go beyond standard recipes. In particular, the manufacturing sector, which plays a key role in Japan's economy in terms of external sustainability, needs to be boosted.

Japan is not well-endowed with natural resources and agricultural land. In such countries, integration with the world economy leads to an increase in imports in line with the international division of labor. That has been the case in Japan since the mid-19th century when Japan opened up to international trade through "unfair treaties." With its change in technological structure and lifestyle, Japan has continued to import energy, raw materials and food. During the last years, especially with increasing oil prices, the Japanese import bill soared with energy imports reaching $250 billion.

On the other hand, Japanese industry has been relying more and more on exports for growth as its domestic market is small compared to the large global marketplace. Unlike larger countries in terms of population - not only China and India - Japan's shrinking population is smaller than mid-level countries such as the U.S. or Brazil. Therefore, Japan's reliance on global markets is quite essential.

Because Japan is characterized by these features, maintaining a sustainable external balance requires boosting exports to counterbalance the import bill, along with capital exports and imports, on a trend basis, if not every year. In fact, Japanese economic decision makers have been careful about the external balance of payments since the Meiji period in the second half of the 19th century. Rapid economic development during both the Meiji and the high growth period required the Japanese manufacturing sector to convert imported raw materials and energy into high-value manufactured products.

This relative fall in Japanese manufacturing reflects equally on export performance. Once second in the world, Japan is now the fourth-largest exporter with $799 billion in 2013, a large difference after China with $2 trillion, the U.S. with $1.5 trillion and Germany with $1.4 trillion, and not far from a much smaller country, the Netherlands, with $656 billion.

While the recent fall in oil prices will benefit Japan immensely by helping the trade balance, which has been negative since 2011, turn positive, a renewed strategy for the manufacturing industry seems to be strongly warranted. Abe's administration and its policies are just as important in such a strategy as that of the industry itself. Abe's "third arrow," which calls for a renewal of Japanese industries, needs to be reviewed and quickly put into action.
Last Update: Apr 01, 2015 3:03 am
RELATED TOPICS