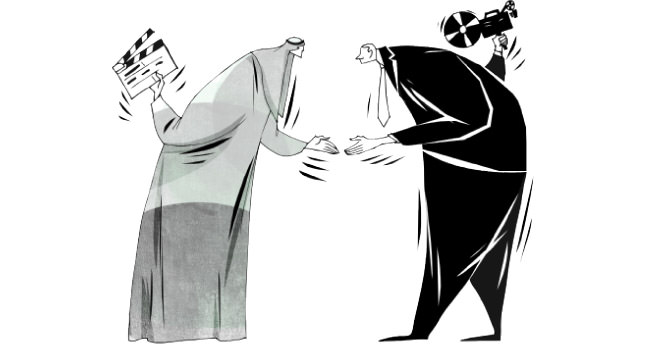 Russia's support to the Assad regime in Syria and in general, its cooperation with Iran in the Middle East elicit deep frustration among Sunnis. In response, Arab countries, under the leadership of Saudis, are trying to challenge this coalition in numerous ways

As one of the key international players, Russia's relations with the Islamic Middle East have changed tumultuously since the Soviet Union collapsed in 1991. It could be said that Russia's ties with the region have been substantially shaped on the basis of a distrust in Saudi Arabia. To some extent, Moscow's skepticism towards Riyadh could be understood considering the Saudis' strategic and economic relations with the U.S. and its sponsored Wahhabi-Salafi militant groups that have been operating in Russia's North Caucasus Muslim-populated regions of Dagestan, Ingushetia and Chechnya since the Cold War ended. A series of developments from the Chechen conflict erupted in the middle of the 1990s - the Beslan School hostage crisis in 2004 together with activities of the Caucasus Emirate, which was by its very nature affiliated with the Saudis - have undoubtedly nourished Russians' anti-Saudi Arabia sentiments and perceptions of security.

Beyond being an American "outpost" in the Middle East according to the classical nihilist Russian mindset directly inherited from Soviet-era Cold War logic, Saudi Arabia is the largest oil exporter and definitive actor of the prize mechanism of crude oil. Saudi Arabia's fully-fledged control of OPEC management and balance of supply and demand in the oil trade has somehow damaged Russia's resource-based economy since the oil price collapses in 2009 and from 2014 to the present. In return, Russia's leadership has accused Saudi Arabia of political manipulation and economic speculation, as the country's economy and national currency have already been crippled under the pressure of Western sanctions imposed in the wake of the annexation of Crimea and the war in eastern Ukraine. Hence, Russian-Saudi relations are said to have been so far stretched over path-dependent regional geopolitics and hardcore strategic realism that tensions between the parties have grown exponentially.

Russian support for Iran taken for granted: Out of the frying pan and into the fire

As relations gradually soured with Saudi Arabia, Russia has chosen Iran as its pivot in the Middle East. Once regarded ideologically and militarily as sworn enemies, Russia and Iran could have mended their bilateral relations over the course of time. Thanks to the nuclear spring, the new-born Moscow-Tehran axis has appeared as a game-changer in the post-9/11 Middle East, while the U.S. has been withdrawing from the region during the consecutive administrations of President Barack Obama.

Russia was eager to fill the power vacuum that surfaced due to the U.S. military withdrawal from Iraq, and the nuclear stand-off between Tehran and the West has provided Moscow with just such an opportunity. Since then, the diarchic leadership of Russian President Vladimir Putin and Prime Minister Dmitri Medvedev has redundantly engaged Russian foreign policy with a newly assertive Iran and its Shiite geopolitics in the region. In this sense, the Kremlin has long backed Iranian rhetoric considering the regional security complex, and enabled the extension of nuclear talks, which have resulted in a preliminary tentative framework agreement between Iran and the six world powers, dubbed the P5+1, in the Swiss town of Lausanne on April 2.

Russia's usually constructive attitudes and push for a diplomatic solution to the nuclear issue paved the way for the lifting of international sanctions on Iran, but it also alienated Moscow in the eyes of the Arab public because of the Kremlin's excessive use of its veto power in the U.N. Security Council at any cost in favor of Tehran. In this context, the Russian-Persian partnership further complicated the regional political and security relations among Arabs, Iranians, Turks and Kurds as sectarian disputes and discontent had already surfaced during the Arab Spring.

Undoubtedly, Russia's motives in the Middle East have derived from its decades-old anti-Western, most particularly anti-American attitudes. So far, Moscow has properly used Tehran's internationally isolated status as a fulcrum in order to return to the region. However, the Kremlin's recent engagement with Tehran has positioned Moscow as a supporter of Shiite geopolitics, a fact that has been taken for granted. This geopolitical strategy began spreading its sphere of influence when the U.S. destroyed Iran's two main antagonists, namely the Taliban regime in Afghanistan and Saddam Hussein's Baathist rule in Iraq. Hence, Russia has found itself in the middle of a sectarian clash between Shiite and Sunni political Islam, which is considered a doomsday scenario for the Middle East, and containing the potential cause and effects might ricochet back at Moscow as well.

From Syria to Yemen: When the sectarian fault lines break

Needless to say, the ongoing crises in Syria, Iraq and Yemen have brought the Middle East to the brink of sectarian warfare between Wahhabi-Salafi-oriented Sunnis sponsored by Saudi Arabia and its Gulf allies, and Jafari-Zaidi Shiite expansionism fomented by Iran. Russia's intervention in terms of conflict resolution and crisis management, foremost in Syria in favor of Iran, has further escalated the Syrian civil war over the past four years. That is to say Russia's political attitudes with regard to the Syrian crisis have precipitated the failure of its strategic realism, thereby limiting its own influence in the region.

Moscow's vital support for the regime of President Bashar Assad in Syria has created some discontent in the Sunni realm, while outrageous war crimes have been persistently committed against civilians. Yet the Russian stance on the Syrian conflict has not changed since the civil war erupted in 2011, and it was the Kremlin that further reinforced the Assad regime to maintain its offensive after the Geneva II Conference on Syria. Moreover, such an anarchic and chaotic atmosphere has also provided a base for the legitimization of the terror groups affiliated with both al-Qaida and the Islamic State of Iraq and al-Sham (ISIS), as they have been securing their rhetoric and struggles either against Damascus or the West. In brief, Russia cannot be a part of a solution in Syria. It has instead exacerbated the problem as much as the West has. As a result, at least 220,000 people have been killed so far in the four-year conflict according to death toll reports released by the U.N. and the London-based watchdog, the Syrian Observatory for Human Rights. Similar to Syria, Yemen has also come to prominence as it constitutes a neural hub in the context of the sectarian rivalry between Sunni Arabs and Shiite Iran. Undoubtedly, the geopolitics of energy transportation (given the country's strategic maritime location between the Gulf of Aden, Red Sea and Bab-el Mandeb strait) have facilitated the internationalization of the Yemeni civil war, when Saudi Arabia and its Gulf allies interfered with their ongoing aerial operations in and around Sanaa. The Saudi-led aerial operations aimed to weaken the advancement of the Iranian-backed Shiite Houthi rebel forces toward southwest Yemen, but instead further enhanced the geopolitical rift among regional and international powers.

As for Yemen, one might say that the ongoing conflicts will also serve as a litmus test for Moscow's prospective policies regardless of which side is right in the deteriorating territorial-sectarian dispute in the country. Not surprisingly, Moscow allied itself with Tehran when the Kremlin immediately announced that it was deeply concerned with the airstrike operations and wanted the Arab coalition to halt its offensive in Yemen. On the one hand, the Yemeni issue is a geopolitical gamble and is rapidly becoming another battleground for the great power politics of Russia versus the West. But for regional realpolitik, on the other hand, Yemen is potentially undergoing a balkanization for the time being, during which perpetual wars obstruct eternal peace since sectarian fault lines have already ruptured in Iraq and Syria.

The need for changing Moscow's strategic realism in the Middle East

Contrary to the West, Russia's relations with the Islamic world, especially with the Middle East, have not been built upon the debris of colonialism and imperialism. Since ideological limits have dissipated with the fall of communism, Russia could have become an alternative power in the Middle East vis-á-vis the West, which has used its supremacy to destabilize the region under the decades-old U.S.-led war campaigns and military coups. But in reality, Moscow has also sacrificed its hegemonic power to Middle Eastern regional-sectarian geopolitics, as it fully engaged with Iran mostly due to its anti-Saudi political tendencies.

Nonetheless, Russia still stands as one of the key players that can stop the bloodshed and atrocities in Syria and prevent further escalation of the Yemeni crisis. In this sense, Russia needs to balance its strategic interests with an idealistic moralism by eschewing the sectarian geopolitics between the Saudis and Iranians. This is because Russia's current position as a status-quo power would ultimately produce a zero-sum game and limit its influence in the region. Besides, the Middle East cannot endure such a level of hardcore realism that will, sooner or later, harm Russia as well, since the country is home to a large Muslim population. Last but not least, the recent Iran nuclear deal has the potential to enable Tehran to return to the good old days with the U.S. and Europe, a scenario that might lead to the failure of the Kremlin's Iran-oriented Middle Eastern policy by leaving Moscow in deeper isolation.