Elections are what Turkey does best 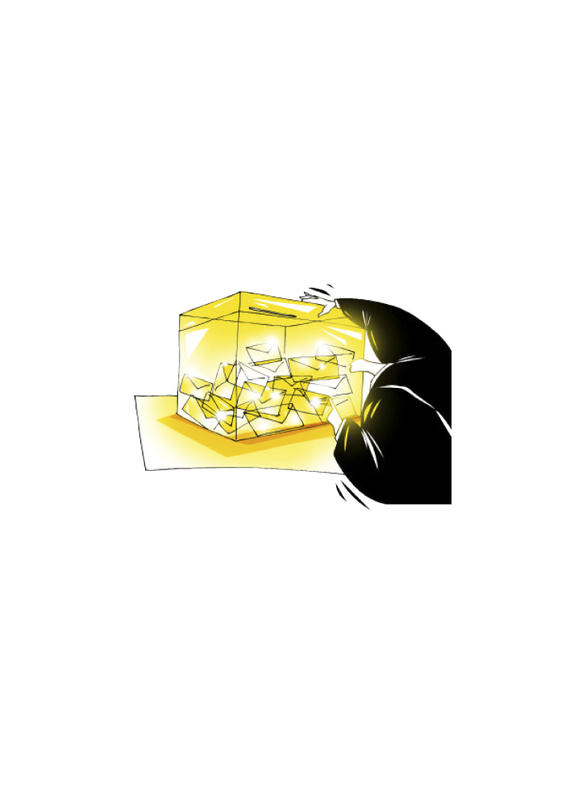 Before the June 7 general elections, claims have already started to circulate in media around the world that there will be fraud to alter the authentic results. But there has not been any tangible evidence or sign supporting these claims

Vicious. New York Times editors preferred to use this word while referring to Turkey's upcoming June 7 elections. "While the country has faced tough political campaigns before" according to The New York Times editorial board, this one is especially vicious and the mood seems unusually dark and fearful." Why so vicious? There are not many details provided.

The New York Times is not alone in casting a shadow on the possible outcomes of Turkish elections, tacit accusations that insinuate the upcoming elections will be tainted with fraud, has unfortunately gained currency in other international media outlets, as well. But there has not been any tangible evidence or sign supporting these claims. What has been presented as a tangible sign is a report prepared and presented jointly by the Open Society Institute and Koç University. According to this report, 50 percent of Turkish citizens expect "fair polls" in the upcoming elections. This is again a perception that has not been supported by any piece of evidence. Just like the widespread distrust of Americans of the 2012 presidential elections, which was found "fair" by 40 percent of the American population. As the widespread belief among the American public that the U.S. government is hiding secret information about UFOs, does not provide any meaningful evidence regarding neither the existence of extraterrestrial life, nor the activities of the U.S. government, this data fails to give any concrete idea regarding the Turkish elections. "Turkey's election system is unfair for sure, but it takes some balls to claim this after the election UK just had" tweeted Alex Christie Miller, Turkey correspondent for the Times of London, regarding the Guardian's latest report titled "The world's most unfair election system – how would your parliament fare?" on Turkey's electoral system.

Although Turkish democracy has many defects, conducting elections is an area where it excels. The elections have been held since 1950, that is, for 65 years. In 65 years, 16 general elections, 12 local elections and six referendums have been held in Turkey, not to mention countless interim elections. There have been cancelled elections due to objections, but they were in districts or provinces. Since 1950 it is safe to suggest that Turkey manages to hold free and fair elections, still higher than the U.S., where 40 percent of the population think the elections are fair.

The YSK was established on Feb. 16, 1950, a few months before the 1950 elections to ensure that the one-party, Republican People's Party (CHP) government at the time would not repeat the abuses of the 1946 elections. And it proved its adequacy four months later in the May 14, 1950 general elections. It saw the transfer of power from the 27-year one-party regime through fair elections. Another election in which the YSK proved its adequacy was in 1961, which was held after the 1960 military coup. If election fraud had been possible, soldiers' nightmare would not have come true in that election with the Justice Party (AP) and the New Turkey Party (YTP), successors to the suppressed Democrat Party (DP), getting more votes than the CHP. Again, if fraud had been possible, the Nationalist Democracy Party (MDP), which had been established at the order of and supported by junta leader Kenan Evren, would not have suffered a complete defeat in the 1983 elections. It is possible to extend the list. Then-Prime Minister Turgut Özal would have won in the 1987 referendum, or would not have lost the local elections in 1989 to the Social Democratic People's Party (SHP) in the three largest cities.

Leaving aside the election threshold and injustices caused by the D'Hondt system, Turkey has an established and strong electoral system that is open to the participation of political parties at every level. Let's have a brief look at the system, which has a pyramid-shaped structure extending from the YSK to ballot box committees.

At the top of the pyramid is the YSK with its administrative and judicial responsibilities. But the board does not consist only of 11 judges appointed by the Council of State and the Supreme Court of Appeals. Parties with groups in Parliament and representatives from the four parties that received the highest number of votes in the last general elections can also participate in meetings of the board. They enjoy all the rights and privileges of membership except the right to vote - deliberating on decisions, raising objections, presenting evidence, accessing all the documents and information accessed by board members.

After the vote count ends, the results are entered into ballot box result reports and representatives of the parties at the ballot box committees sign the reports. Objections to the reports can be made, in sequence again, to the YSK. Eight copies are made of the reports with each one signed. Every party taking part in the election is given a report with a wet signature. In other words, those looking for reports during the previous elections on Twitter would not have gotten into so much trouble if they had asked their own parties.

Later on, the sealed bags holding the votes are sent to the district election board composed of representatives from political parties. All procedures at these committees are conducted in the presence of parties and citizens wanting to watch. In the last two elections the YSK created a system through which it had the ballot box result reports sent to it scanned and shared with the headquarters of all political parties simultaneously. Let's assume you do not have your representative at the ballot box. The report will be sent to you by the YSK through an online system. In addition, prior the election, all report forms are given a special code as part of a Quick Response (QR) code system and their passwords are delivered to political parties. So, let's suppose some used to produce false reports in the past despite so many observers and political party representatives. Now it is impossible.

Parties monitor all these procedures at their headquarters through the YSK's system. There is a higher authority designated for filing complaints at every level. There is a joint appeal system comprising elements ranging from ballot box committees, district election boards and provincial election boards to the YSK. Objections can be filed until the first Tuesday after the election. Of course, there are also things not envisaged by this successful system. For example, armed threats demanding a certain number of votes be cast for a specific party at a certain ballot box. Even if everyone stationed at a certain ballot box decides to engage in election fraud, this fraud will be disclosed probably by district or provincial election boards in this system.

So, people have cast their votes for 65 years in a well-designed system. Voting and what happens afterward have been planned. Political parties organizing the elections already implement this system. The ruling party is the minority at both ballot box committees and district election boards.

Besides, with the AK Party taking initiative, now representatives from all parties can observe the counting process of the votes cast abroad, which amounts to more than 1 million. In this respect, the Oy ve Ötesi (Vote and Beyond) group was presented as a unique organization by the International Media, as if it is the first time that observation during counting has been allowed. Party representatives were allowed to observe vote counting even before the fathers and mothers of those in this organization were born. But who needs all these details? The quite easy answer to the question of how the AK Party has won all nine elections in 12 years is because they rigged the elections. When defeat is denied, losing the next election becomes inevitable. Can this be what The New York Times calls fearful?