The hidden agendas of Iran deal 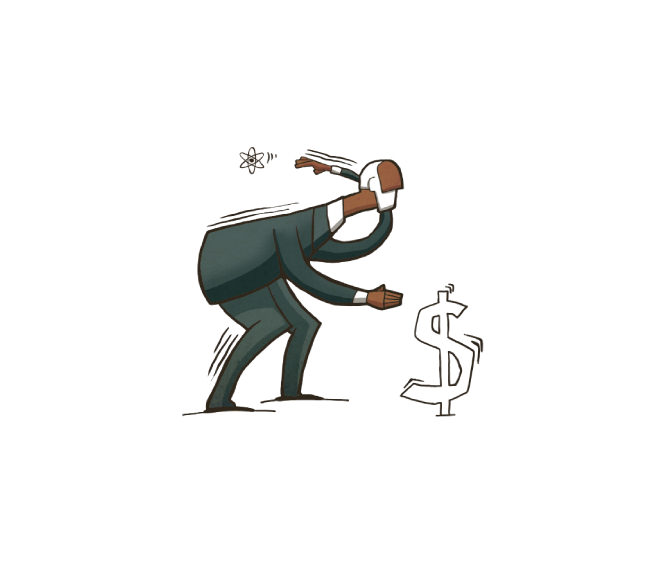 At first glance, it appears that Arab countries have been left out of the rich pickings of the Iran deal. But Assad stepping down as part of a secret deal struck in Austria might sweeten the bitter pill

Mohamed Zarif, Iran's foreign minister, said at the final press conference "It was not a perfect deal," which was hailed by both western and regional media as a "historic" deal between Iran and the Western powers. Taking what the journalists were writing at face value, his comment seemed odd. He seemed to suggest that both sides had made considerable compromises and had been left with less than what either camp had sold their people back home.

Iran's nuclear capability appears to have been curtailed, although their reactors will not be dismantled. But the West has scored a key point in that now it can have access to Iran's nuclear operations. Some Iranian officials have previously vowed that the International Atomic Energy Agency (IAEA) would never be permitted, accusing Western governments of using them as a cover for military espionage. And so a compromise was crafted: most of the nuclear inspectors will come from countries that have good relations with Iran.

Such last-minute refinements are in abundance with the agreement itself and it is clear as the hysteria of the talks have died down that what we have is in fact far from "historic" but a quite watered down accord that has plenty of wiggle room in it.

But a milestone has been set. Iran has traded its military super power capabilities - at least in the short term - for a bonanza of economic and political power. The residual question merely lies now with how they use that power in the region as it is not often pointed out that the deal itself has no real obvious pluses for regional Arab states. In fact, one could argue that they were left out of it entirely in the rush to bring Iran in from the cold.

But why did the U.S. and the EU - the latter a quiet but important player in the talks - want the deal to go ahead in the first place? Can we really believe that it was all about Iran's nuclear ambitions sparking an arms race in the region? I don't believe so. Saudi Arabia had already got off to a flying start months ago when it came to buying nuclear technologies and are said to be in full swing; Israel's worst kept secret in Washington and Brussels - that it has nuclear weapons - now means that the Zionist state now will have to think about upping its technology and expanding its arsenal as its current missiles cannot bypass Russia's new s-300s - soon to be delivered by Moscow.

But I can't help feeling that commentators in Washington have had the wool pulled over their eyes as this week they all take the line "it's not the deal itself but Iran - can Iran now be trusted?" True, Iran has made one large step forward domestically as already President Hassan Rouhani is having his wings clipped by hardliners who fear he might run with the American ball too far.

But the gazillion dollar question is really Syria. In this myriad of media bluffs, have we all taken our eyes off the real story? The internet is now full of contradictory reports about how far the Iranian regime will support Bashar Assad, rather than the country that will always be its most important proxy in the region, next to Hezbollah in the south of Lebanon, sitting on Israel's doorstep. It's hard now to know whether a tacit deal was struck here as various outlets have been reporting for weeks that Vladimir Putin now wants to replace Assad and to rebuild a new Syria. Recent reports in Iran's press have hinted that Assad is not a permanent fixture. Could it have been put to the Arabs in May in the U.S. when they visited Obama that removing Assad would be an unwritten deal ingeniously woven into the text, so as to appease Saudi Arabia in particular? A new peaceful Syria that included the opposition groups would take the strain off Hezbollah and the Iranians in one easy stroke and give everyone in the region common ground to put aside their hatred.

Is this what veteran commentators like David Ignatius mean when they ask "Will Iran behave?" The insinuation is whether Iran can resist the temptation to boost its present military ventures in Syria in preference for putting more into crushing the Islamic State of Iraq and al-Sham (ISIS) in Iraq. Or even whether it can do the same in Syria.

Perhaps the question is whether Iran can be trusted to stick to the finer print of the Assad question.

Big business is really what should be on the minds of the Iranians and all their recipients of support like Hezbollah in Iran. It is huge business deals, after all, that I would argue are the basis of the Iran deal and not really nuclear military capabilities.

The Americans have scored some major victories if Iran sticks to the nuclear caveats but the deal gave Obama a cold war victory that his spin doctors are working overtime to play down. In reality, the deal was a real goal scored against Russia as it fires the starters pistol on breaking the EU away from Russian energy dependency as a new gas and oil pipeline is expected to be built to straddle Turkey to reach Europe - in one neat stroke making Ankara a huge cash winner as well; not only does President Recep Tayyip Erdoğan need cheap energy but the leverage against Brussels once that pipeline is in place would be considerable. And then, aside from unlocking $100 billion in trade and drip feeding an expected $8 billion a month in oil receipts, you have to look at the business opportunities in Iran. Or rather for U.S. firms setting up shop in Iran but who are salivating over the Central Asian markets. This is the real prize for them.

And so the EU, Turkey, the U.S. and Iran all win from the deal on many levels, but mainly in terms of business opportunities. But what does it leave Russia?

Russia played a big role from the beginning and yet on the face of it has left the table with not much to swallow. Unless you believe the analysts who go with the theory that Assad stepping aside is part of the whole plan. In this scenario, Russia would be allowed to be the main investor as it has always seen Syria as its strategic military and maritime base. Putin will clean up on reconstructing Syria with Iran as a partner. The opportunities in both Iran and Syria in this scenario leave observers blinded as they eclipse all logical talk of continuing with the war in the first place; unfortunately for Assad, even though Hezbollah continues to win victories on the battlefield, politically speaking even his own supporters see little hope of a bright future with him as president as he hasn't the diplomatic genius of his father to stay seated while the music is switched off. Assad will be the Patsy that everyone needs to force peace in Syria as his removal will serve as a brilliant political ploy to dazzle Washington in particular - but also Saudi Arabia and Israel - in that the Iran deal has a geopolitical derivative for its most cynical players.

That's if we can trust the Iranians to stick to the script.

The number of "experts" lining up in Beirut to say that they will now take their huge cash bounty and push it into military capability rather than state building is looking like a queue at a Greek ATM. There is some truth in what they are saying, but it's important to note that much of the cash is going to go to institutions that are independent of the government's grasp in Tehran and that may have their own agenda against President Rouhani. From a tactical point of view, it's fair to say that political analysts from the Saudi-funded media are skeptical. For months it has been apparent that the once cash rich coffers of Tehran have been drying up as Hezbollah had to tighten its belt on its spending as the war in Syria begins to take its financial toll.

But now a boom economy has effectively been handed to them on a silver platter by Obama - who is betting on the simple logic that Tehran will be the devil we know rather than the one we don't if it stays isolated - leaving many to wonder how they would not beef up their military presence in the region. In the shorter term if that means defeating ISIS in Syria and in Iraq then it can only be a good thing. The critical question for the Saudis, who are the real adversaries to the new relationship with Iran working, is whether the other GCC states can be bullied into not increasing trade with Iran and to continue to isolate Tehran whose economy, allied to Turkey's, could soon fill all the supermarkets of the Middle East in years to come with everything from underwear to computer hardware.

Before such a petulant move is played by Riyadh though, a small test must be carried out. And the Saudis wasted no time whatsoever in playing the Yemen card. Barely 24 hours had passed before a statement was issued from the kingdom. "Given that Iran is a neighbor, Saudi Arabia hopes to build with her better relations in all areas on the basis of good neighborliness and non-interference in internal affairs," said an official spokesman cited by the Saudi Press Agency.

"Iran should, with the conclusion of this accord, put her resources toward its development and amelioration of the condition of the Iranian people instead of provoking troubles that would generate certain reactions from countries in the region," it added. A gentle but lucid reference to the Yemen war that could so easily be a proxy war that could scupper the entire deal from ever really being enacted and is the main litmus test. If Iran pulls out of Yemen, it might be the same façade of convenience that it will play for the House of Saud, Israel and Washington if Assad is also ever replaced. The capital would be huge and might even go as far as to calm the Middle East entirely, which has seen its own polarized politics galvanized more since the outbreak of the Syria war in 2011. But for that to happen, we need the Gulf states to start thinking about a new Middle East without the Americans drawing up the lines and handing out the black and white hats. Turkey is a good example of super diplomacy, as Erdoğan knows that regional politics and international trade can still be played out with one's foes - taking the example of refusing to adopt Saudi Arabia's blanket dismissal of Iran as a partner.Others, we should hope will follow Ankara's line in pragmatic diplomacy, which usually pays dividends anyway. In the case of Turkey, it sees Iran as a boom economy about to explode and in need of Turkey's exports, technology and human resources. Turkey, in turn, needs cheap oil and gas.

Yet even when the fruit is not so low hanging, traditional relations between power brokers are changing all the time. The Iran deal is not a catalyst to that impetuous but merely a product of it.
Last Update: Jul 23, 2015 2:00 am
RELATED TOPICS