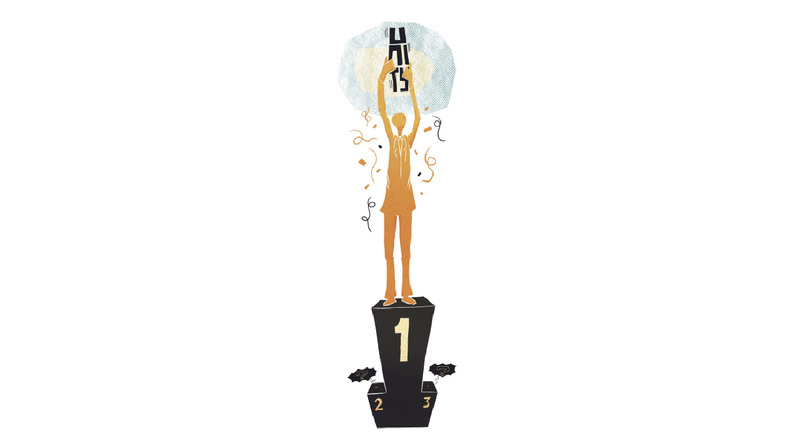 The AK Party has managed to tackle a number of long-standing issues that have so far hindered improvement in professionalism, but there is still much to do in the country for structural overhaul

This article will not focus on how and why the Justice and Development Party (AK Party) won back the majority on Nov. 1 to form a robust government, but will rather focus on one of the longstanding issues that has been having a negative impact on the professionalization of the workforce and academia in Turkey.

After the June 7 general elections, in which the AK Party lost its majority for the first time in general elections, many pro-AK Party employees in local and central government or professionals in academia feared losing their jobs or at least facing pressure in case of a coalition government due to the longstanding absence of an established professional academia and local and governmental work force whose work ethics, job requirements or posts go unaffected by who come into power regardless of their political views. Unfortunately, Turkey's workforce is still largely determined by who is in power rather than who is eligible for certain posts - nepotism over meritocracy. This unjust practice has been there for decades, and as such, in Turkey, what someone knows has mostly been secondary to who they know, causing a politicized workforce that experiences a major overhaul depending on who comes to power in every election.

Over the last decade, despite all of the conflict that has been gripping the Middle East and economic difficulties that have been striking the world's largest economies, Turkey has managed to face and tackle a number of long-standing issues that have blocked its growth so far, but there are a number of complicated structural issues that are yet to be tackled to ensure professionalism, fairness and the employment of a qualified workforce in central and local government offices, state universities and other sectors for delivery of good performance and a workforce that is professional enough to act in line with the requirements of their jobs, leaving aside their personal political views. Unfortunately, the way that the old system was established has largely led to an unproductive system whereby professionalism, high performance, good qualifications and fairness bears little significance.

The fact that the prevailing mentality in Turkish society is one that is based on the strength of links that one has with those in power, instead of what is just or legitimate, makes the situation even harder to address. It would not be an exaggeration to claim that there are a significant number of people who are being line-managed or supervised by people who do not have the necessary qualifications, but managed to secure a senior position due to their links to certain people in power. This is a mentality that very few appeared to be bothered by because it is something that the majority of society resorts to when required.

When ideology or ones connections outweigh professionalism, high performance and fairness, it is significantly difficult to expect such a workforce to provide an effective delivery of service. The fact that there are no performance measurement processes after the first year of being a government employee in Turkey, results in offices largely full of people who spend most of their time browsing the Internet, having tea, chatting on social media and so on. The absence of performance monitoring is a key cause for demotivation and laziness in most of central and local administration offices. The AK Party government did introduce some new regulations to allow equal opportunities in accessing jobs, but these have not been enough without a comprehensive structural overhaul, legislation, code of conduct and so on that will pave the way for a professional work force.

In some cases the issue is tragicomic because totally irrelevant exam processes are adapted in the promotion of staff in various departments of various ministries. For example, one would expect a social worker who is applying for a senior position in the Family and Social Policies Ministry to be asked questions relevant to the job they are performing be it social work with children, the elderly, disabled or policies and regulations governing such work, but in the exams they are still not asked one single question about social work, childcare, experience looking after children, the elderly people or anything relevant to their positions. The questions that lead to senior positions in social work are rather questions about geography, history and agriculture, such as where do apples grow most in Turkey, which cities are famous for animal husbandry, where does rice grow in Turkey, questions about Atatürk's principles and so on. One of the social workers that I spoke to recently drew attention to this very laughable issue and jokingly said: "It is just outrageous, I am not going to look after animals, but children for heaven's sake."

There are dozens of professionals from completely irrelevant fields occupying positions in certain jobs that should be performed by staff who have relevant qualifications to perform that particular job. This is, unfortunately, another terrible established structural problem that the AK Party has inherited and it is a significant factor that is stalling growth to an extent that previous deputy prime minister responsible for the economy, Ali Babacan, had to stress: "We need a professional workforce that is stripped from their ideologies when it comes to work ethics and job requirements."The situation is not any better in universities, which one would expect to reflect contemporary values. Ideology and connections still play a key role in the admission of students into postgraduate programs at some universities. One will not believe it, but one thing that I personally faced was when I had to defend to a professor that psychologists and foster care workers can be called professionals, alongside social workers. She seemed to be so convinced that social workers could only be called professionals. I know it is absurd, but this was and is the extent of absurdity that thousands of enthusiastic students are facing on a day-to-day basis. On the other hand, it is unfortunately still a catastrophic mistake for a Kurdish student to apply to universities that are run by academics with a nationalist mindset. Because, usually the first question that we ask one another in Turkey in any forum - be it formal or not - is where each other is from. If you applied to a university where nationalist professors are prevalent and you are from Hakkari or Sırnak, then God be with you.

1. There is an absolute urgent need of change in mentality in Turkish society. To pave the way for this, the education system needs to promote notions of equality, non-discrimination, social cohesion, tolerance, fairness and justice and this education should start right from preschool. This way, we can expect a young population that is able to respect one another regardless of their worldviews, where they come from and any other difference they might have.

2. Every single department's exam processes should be individual and specific to the sort of job that the department is responsible for and questions should be tailored in this sense. To simplify, a social worker should be asked questions about social work when seeking a senior position, rather than animals, apples or pears.

3. Positions should be assigned to professionals who have been educated to deliver a service for that relevant department. For example, a veterinarian should do veterinary work rather than managing a rescue and emergency team.

4. Performance management and monitoring, i.e., monthly supervision, appraisals and reviews, should be in place for all staff and there should be consequences for low performance or violation of conduct that should outline some key principles such as acting in an impartial and non-discriminatory manner.

The AK Party has undertaken many reforms so far and should set these longstanding structural reforms for good governance and services as one of the top policy priorities in order for a sense of fairness and social cohesion in government offices, municipalities and state universities to prevail for the long term interest of the country.