What may Russia and Turkey lose? 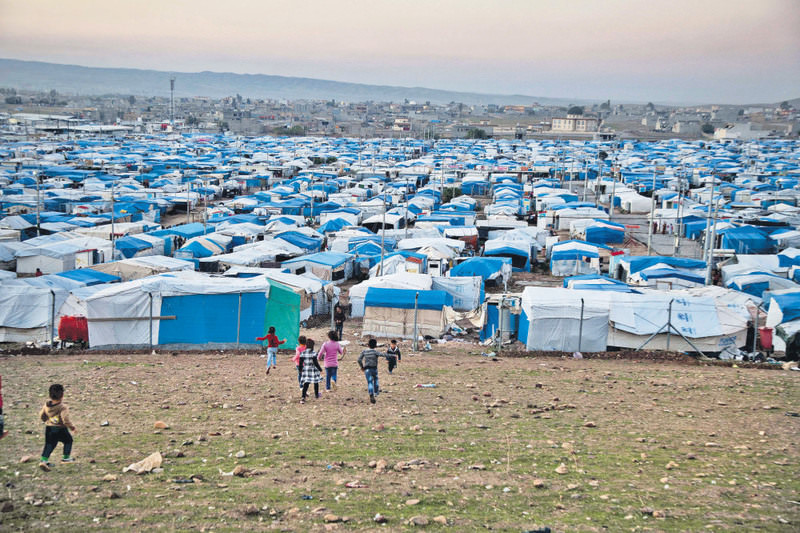 Turkey's downing of the Russian jet violating its airspace was to protect its national security and prevent any operations taking place within its borders without its permission. Now, the two strategic partners should focus on what led to this unfortunate incident and work collaboratively to prevent the recurrence of similar incidents

Nowadays, not only Turkey and Russia but also the whole world is focused on the downing of a Russian fighter jet by the Turkish military for violating Turkish airspace. Occurring on the morning of Nov. 24, this unfortunate incident led to a crisis in relations between these two countries that should be overcome. Neither Turkey nor Russia seems to be happy with the situation. While Turkey emphasizes that this was an unfortunate and unwanted incident, Russia adopts a more sentimental line. So, this sentimentality may damage both countries' interests, thus possibly bringing about unintended consequences.

Russian military attachés and the ambassador had previously been invited to Turkish General Staff headquarters on a number of occasions (Oct. 2, 3, 5 and 9) and warned that if airspace violations became permanent, it might lead to an unwanted accident, stressing that Turkey is sensitive about airspace violations and reminding the Russians of the rules of engagement. Still, the jet was downed after the Russian pilot didn't change direction for five minutes despite being warned 10 times both in English and Russian. Under urgent circumstances with only a few minutes for decision making, pilots or lower ranking officers only have previously agreed-upon rules of engagement before them. In other words, pilots cannot call the president, prime minister or force and operations commanders to ask permission. The rules of engagement that were announced to the world are implemented. Russian officials are supposed to know this.

In fact, Turkish officials previously warned their Russian counterparts repeatedly to prevent such an unwanted incident. As confirmed by the U.S., NATO and Dutch sources, the pilots of the unidentified jets were warned multiple times but violated Turkish airspace. Besides, as is known, the military inventory of the Damascus regime includes aircraft similar to the downed jet. It is also known that Russian pilots fly Syrian aircraft. So, warnings were given in Russian as well as in English. Moreover, different rules of engagement apply in different border zones. Hence, the rules of engagement for sea and air borders in the Aegean and Black Sea regions are different from those for the southern region where clashes continue just across the other side of the border where Turkey comes under hostile attacks and where Turkish civilians are occasionally killed. In short, a question such as "Why didn't we take a flexible stance as we do in the Aegean or Black Sea?" only shows ill will or lack of knowledge.

Statements from the Turkish side by both President Recep Tayyip Erdoğan and Prime Minister Ahmet Davutoğlu conveyed the necessary information, along with regret for the downing of the jet. Russia's status as a friendly nation and a strategic partner was emphasized. But the Republic of Turkey is an important country that takes the security of its borders seriously. Especially, if that border is in a troubled region that has taken a toll on Turkey for the last five years where one of its warplanes was shot down and where it faces hostile attacks, a violation cannot be tolerated, while rules are abided and more than adequate warnings are issued. As President Erdoğan said, Turkey and Russia, as two friendly nations, should focus on what kind of mistakes led to this incident and work to prevent the recurrence of similar incidents.

Despite Turkey's responsible attitude, however, Russia operates on a quite emotional line. In their latest reaction to the downing of the jet, the detention of a group of Turkish businessmen on flimsy excuses is a childish reaction that will abase Russia itself, but not Turkey. Particularly, clinging to the lie that Turkey is buying oil from DAESH is a claim that should not be raised by a country that Turkey sees and values as a friend and a "strategic partner." This is not a mere claim but outright slander. The criticism that the president and the Justice and Development Party (AK Party) pursue a deliberate policy of Islamization of their country is quite out of line. Indeed, making such accusations against the governing party and the president of a Muslim country, who recently received 50 percent of the vote, goes beyond producing an oxymoron and creates the impression that cherishing Islam is a bad thing, hurting not only Turks but also the entire Muslim world. A country with a significant Muslim population is supposed to be more careful about such delicate matters.

If the Middle East is to be stabilized and the bloodbath in Syria is to be ended, in particular, wielding indisputable influence over the Syrian regime Russia is bound to work with Turkey, which has a Western style democracy that is highly esteemed throughout the Muslim world and which has a 911-kilometer-long border with Syria and is currently hosting 2,300,000 Syrian refugees. As U.S. President Obama and other Western leaders reiterate, unfortunately, Russia is targeting opposition groups fighting the Assad regime instead of the real menace of DAESH. Directly getting involved in a conflict in a troubled region with which it does not even have a border, despite the fact that the USSR's involvement in Afghanistan led to its demise and that alienating its close friend Turkey brings no good to Russia. Moreover, the legitimacy of an intervention into the region by Russia, which ignores DAESH, is increasingly called into question by world public opinion.

Assuming it feels humiliated, Russia must understand that Turkey has no such intention but cannot allow operations along its borders either, as a strong and sovereign state. Acceptance of this fact would help to overcome the problem on a rational basis. Turkey did what it could to avoid such an unwanted incident, later learning that it was a Russian plane. Under these circumstances, Russia has to take a critical look at itself to see how it allowed Russian forces to be embroiled in such an incident. Leveling groundless accusations against Turkey would not help Russia.

When the U.S. and European countries imposed sanctions on Russia following the Ukrainian crisis, Turkey was courageous to act independently, as it had done regarding the sanctions on Iran, providing Russia with much-needed support as part of its good neighborhood policy. Turkey would like to see Russia and Iran also act in good faith, in return. Sadly, Turkey has not received the treatment it expected in line with its good neighborhood policy, particularly with regard to relations with the PKK and the (People's Protection Units) YPG. Despite that, however, it has never chosen to strain relations but taken initiative to provide alternatives in the face of sanctions on Russian oil and natural gas projects. Actually, all these prove Turkey's well-intentioned and friendly stance toward Russia.

In the aftermath of this unfortunate incident, Turkey and Russia should seek ways to work much more closely on the issue of Syria and to act together against DAESH, rather than severing relations. For Syria not to turn into a quagmire for both countries, friendly collaboration, not hostility, is needed.

I hope that by the time this piece is published, Mr. Erdoğan and Mr. Putin have had a private meeting at the UN Climate Summit in Paris and solved the problem. It would benefit both countries. Turkey is ready for reconciliation. But escalation of the crisis with persistent hostile attitudes and slander will not lead Turkey to compromise its firm stance.

Turks have very much in common with Russians. A different kind of rationale is at work in this part of the world. National pride matters greatly. If Turkey had thought it made a mistake, it would have apologized and offered compensation without being hindered by complexities. However, Turkey cannot cower in the face of hostile responses over an incident which it was within its right to respond to, and does its best to resolve the issue.

I hope these two friendly countries which have so much in common will not drift into a needless crisis. In this regard, a large part of the duty falls on our Russian friends.
Last Update: Dec 02, 2015 2:07 am
RELATED TOPICS