The military coup through Arab eyes 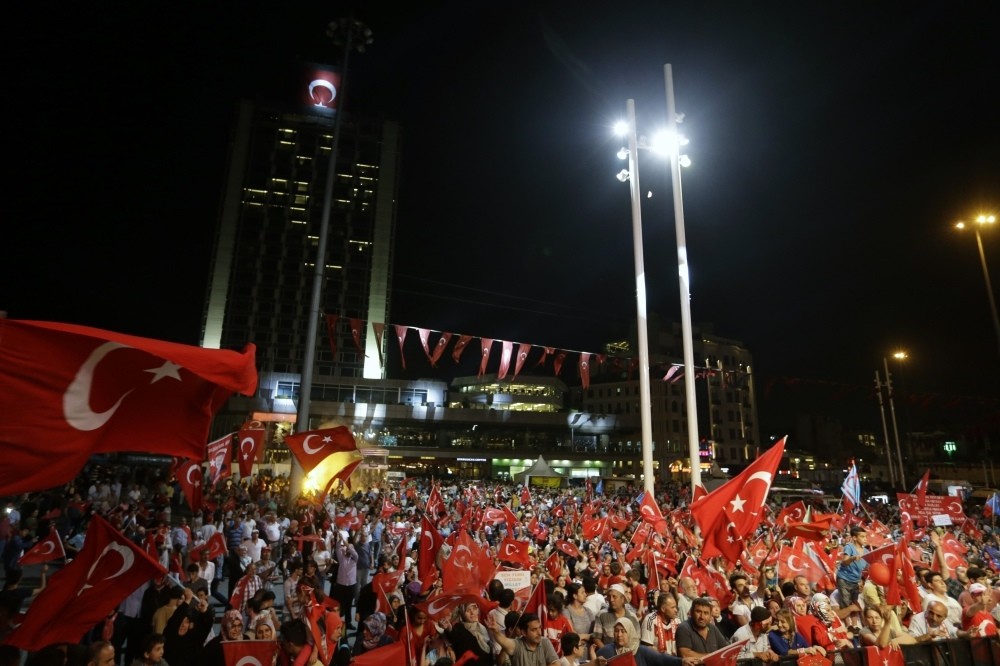 It was the evening of Friday, July 15, and I was in Amman, the Jordanian capital, with my wife and daughter visiting my parents and relatives when I started receiving messages from my friends back in Turkey that something unusual was taking place in Istanbul and Ankara. The first reports pointed to unusual warplane activity with fighter jets flying low over Ankara and the very suspicious closing of the Bosporus Bridge - now renamed the July 15 Martyr's Bridge - by military tanks. In the beginning, my friends and I struggled to understand what was happening. Could it be a military coup? This was an idea that we did not want to entertain, instead preferring to believe that it was part of a government attempt to thwart a large-scale terrorist attack. However, when it became apparent that it was indeed a coup attempt, we were left in deep shock.

As the hours passed by, different feelings rushed through my head. The initial feelings of shock and disbelieve gave way to feelings of anger and sadness, then pride for the heroism and courage displayed by the Turkish people and finally relief in the early morning hours of July 16 when it became obvious that the coup attempt was destined to fail. In those crucial hours and in the following days and weeks I received numerous calls from friends in many Arab countries and had intense discussions with them. I also closely followed the media coverage on Arabic-language TV channels and I participated on Arabic-language TV programs to explain to Arab audiences what had transpired in Turkey. Being in Jordan at the time of the coup attempt and having had discussions with a wide section of the Arab public for the last few weeks has given me an opportunity to evaluate the coup attempt from the point of view of the Arab world.The Arab public expressed great admiration for the Turkish people who took to the streets to defend their democracy and rights. The images of civilians challenging the coup soldiers, standing in the way of tanks and forcing them to stop, taking bullets in their chests and sacrificing their lives for the sake of their country have become engrained in Arabs' imagination and minds. A lot of Arabs have come to learn that public will is not to be taken lightly and that it, coupled with heroism and sacrifice, triumphs over all other wills, including that of the military.

The Arab public was also astonished by the people's unity in Turkey. They saw people from diverse and conflicting ideologies and lifestyles come together to reject the coup. They saw how a conservative and a liberal, a person from the left and a person from the right, a secular and a religious person tossed aside their differences and stood hand in hand and shoulder to shoulder to defend their democracy. For the Arab public, this scene of unity was unfamiliar, and to many, seemed surreal. The question I was frequently asked was how a society that was highly polarized before the coup attempt exhibits such unity. At the heart of this question lays a lesson that many Arabs have come to learn, which is that without unity they will never be able to challenge the status quo and advance toward a political order characterized by democracy, dignity and justice.

In the Arab streets there is a genuine feeling of fear for Turkey and prayers for all the schemes plotted against it to fail. Arabs see in Turkey a successful model of reconciling Islam with democracy, of building a strong economy and of developing an independent foreign policy. Even many of the people who are very critical of Turkey and have no love or sympathy to President Recep Tayyip Erdoğan think the West and the U.S. were the masterminds and the instigators behind the coup attempt. They feel with their instinctive intelligence that this military coup was part of a grand plan to initiate a civil war in Turkey and to turn Turkey into another Iraq or Syria with the ultimate goal of dividing the country in accordance with Western plans to redraw the map of the region as it did 100 years ago with the Sykes-Picot Agreement.

When it comes to Arabic media coverage we are faced with a totally different story. This is specifically true of Arabic TV channels and newspapers funded by oil-rich Arab countries. These countries have been talking about rapprochement with Turkey, developing and deepening bilateral ties and building a strategic alliance. For this reason I was highly disappointed and frustrated with the media coverage of the coup attempt and its aftermath. Arabic media outlets were not sad when the coup started and were not happy when it failed. I believe that this issue will be a hot topic of discussion in foreign policy circles and will give pause to the decision makers in Turkey. The main question that will be asked is how reliable these countries are as friends, strategic partners and allies.

*Political researcher and analyst based in Ankara
RELATED TOPICS