The past and future of the years-long Kurdish issue 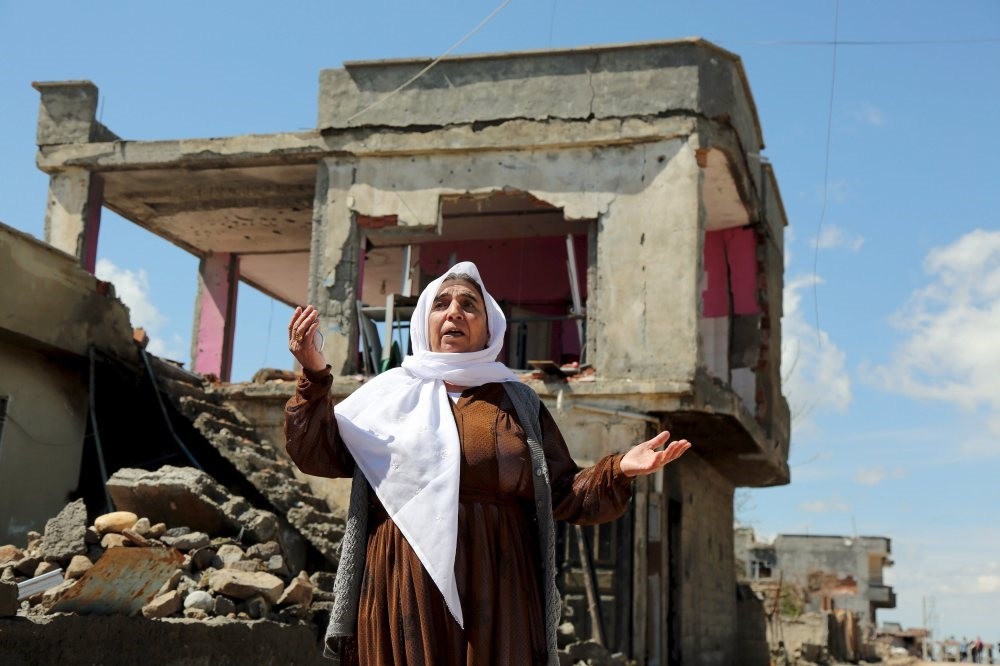 The reconciliation process was the best initiative of the AK Party in its history for permanent peace, but unfortunately it was interrupted by the PKK terrorist organization and its political wing, the HDP

The ontology of Kurdish identity was long ignored by former governments in Turkey and the reality in society was distorted and unfortunately, Kurdish people were insulted. The problem with the Kurds had been based on the idea that external forces were behind the chronic problem, and it was always thought that if economic difficulties were overcome in the southern part of the country where Kurdish citizens predominantly live, the Kurdish problem would disappear, and terror would end.

Indeed, decision makers in the state were aware of the reality of the disrespectful, ignorant and non-critical perspectives by former governments against Kurdish people and the Kurdish issue, and they wrote numerous reports in each period to identify, analyze and solve the problem, but the paradigm was unfortunately limited according to the abovementioned discriminative discourses.

In spite of former presidents Turgut Özal and Süleyman Demirel's warm approaches to solving the Kurdish issue or social democrats' protective attitude on the problem or the conservative National Vision Movement's idea of uniting Kurds under the Islamic brotherhood, nothing was able to find a way to stop discriminative governments' policies on the Kurdish issue, and the problem continued.

Unfortunately, Turkish politics and politicians were oppressed by the hegemony of the militarist approach of governments, and accordingly, this situation not only fueled the Kurdish problem but also damaged Turkish democracy.

The Justice and Development Party's (AK Party) approach to the Kurdish issue is based on the National Vision Movement's (MGH) Islamic brotherhood idea and based on not only minimizing government-centered politics but also extending the democratic political sphere.

In the 2002 elections, the AK Party, which received a majority of votes in the entire country except for western cities, strengthened its representative ability and gained legitimacy at the highest level in the state.

What the AK Party did at first in office was to weaken the militaristic pressure on politics and to start the democratization process through EU negotiations. For example, the National Security Council's (MGK) influence on politics was removed, soldiers in bureaucratic mechanisms were demilitarized, and decisions of the High Military Council (YAŞ) were allowed to be controlled for accountability.

In the context of the Kurdish issue, the AK Party took the biggest risk in Turkish politics and declared that it saw the unfortunate experiences of terrorism and showed it was determined to solve the problem. This rhetoric means that the state would face its past mistakes on the Kurdish issue and show its regrets. Here, it is important to highlight that the state would improve a systematic approach toward the chronic problem and a real peace process could start.

The Undersecretariat of Public Order and Security (KDGM) was established to legally work on finding solutions to the Kurdish issue, and the National Intelligence Organization (MİT) would negotiate with opinion leaders in the Kurdish movement. These were the first two concrete attempts by the state that showed its determination to say "enough" to the years-long conflict. The state was proceeding step by step and created a "wise men" community that included prominent figures from NGOs, intellectuals and academics to spread its voice to public opinion.

The rooted problem of the Kurdish issue was the fact that Kurds were not allowed to express themselves in their own mother tongue, the Kurdish language, in public services, private sectors, education institutions, etc.

The AK Party was aware of the unfortunate reality and took several steps to end it such that the Kurdish language was accepted as a language of education and was allowed to be spoken in public services, TV and radio broadcasting in Kurdish on private/state channels was allowed, and some names of cities, districts and villages were changed to their original Kurdish names.

Universities, hospitals, airports and roads were built, and the economic difference between the country's east and west was minimized. Yes, the state under the leadership of the ruling AK Party became a real social state as it hadn't been since the founding of the Republic.

While the positive developments were continuing, of course, the terror that was born as a result of the Kurdish issue, was about to end. The ultimate goal of the reconciliation process, besides ending the terror, was to make the PKK terror organization bury its weapons and be able to reintroduce militants of the terror group into society. In this way, the vast chronic problem in the country that has claimed hundreds of people for 30 years would be democratically ended via the process of peace negotiations.

During this reconciliation process, Kurdish politicians met with the legendary imprisoned founder of the outlawed PKK, Abdullah Öcalan, with the knowledge of the state, and Öcalan's views were conveyed to the country. The aim of the state during negotiations was to direct the Kurdish movement via the terrorist leader.

HDP'S BETRAYAL AND THE END OF THE PEACE PROCESS

The most critical moment for the peace talks during the reconciliation process was the press declaration made by government officials, state officials and Peoples' Democratic Party (HDP) deputies on Feb. 28, 2015, in the "Dolmabahçe Interview."

Two declarations that were different from each other became the turning point in the process. Selahattin Demirtaş, the co-leader of the pro-PKK HDP, shocked everyone with his words 20 minutes after the Dolmabahçe declaration: "The government cannot say that it wants to further the democratization process while insisting on the Internal Security Package. This bill is not a bill that will bring peace. We do not try to get away from peace, we desire peace very much. The government does not give hope, nor approach peace with its policy."

One day after, in response to the betraying words of the pro-PKK HDP leader, President Erdoğan said, "Actually, I do not know about anything like that. I also say very clearly that I do not look at it positively. These are not the right things."

Following the end of the reconciliation process, the country entered the election period; the election would be on June 7, 2015. The results were announced, and the AK Party couldn't come to power alone; for the first time the HDP passed the election threshold with 13 percent of the vote, which provided self-confidence to the HDP.

Reflecting this self-confidence, Demirtaş said: "If Öcalan wants, the PKK can put away its arms," but the KCK's response to the statement was harsh: "The issue of the PKK's leaving the armed struggle against Turkey and its command completely belongs to us." This answer from the KCK showed that Öcalan could be easily put out of the game by the terrorist organization.

As of June 2015, the civil war in Syria and the outlawed PKK's Syrian offshoot, the Democratic Union Party's (PYD), efforts to create an autonomous state led the PKK to rearm itself and the HDP began to murmur about "democratic autonomy."

Yes, the plan was clear: a new canton order would be created in the north of Syria and one eye would be on Turkey's southern parts, which made the PKK back the deadly fighting against Turkey. Consequently, the PKK started organizing terrorist attacks in Turkish cities, killing and wounding civilians in the country, and in December 2015, the terrorist group started damaging the state in new ways with attacks, such as planting hand-made explosives on the streets and trench politics (the terror group started digging trenches in the streets in southern Turkish cities) instead of clashing with security forces on the ground.Thus, the PKK, which for many years claimed to be defending the rights of the Kurdish people, was on the streets not in the mountains and made life for the people of the region unbearable.

To sum up, the AK Party has taken a very systematic effort to solve the years-long Kurdish issue and to end terrorism with the peace negotiations. No matter what, it was the most remarkable success of the state in the name of Turkey's democratization.

Turkey is now under external and internal terrorist attacks within its borders by Daesh and the PKK and the PYD abroad, and the Gülenist Terror Group (FETÖ) at home. Thus, getting back to the reconciliation process seems hard nowadays, but if the peace process comes back to the table, it is a must that the PKK drops its arms and the HDP stop supporting terrorism; of course, then the AK Party can do its share.

* Ph.D. candidate in the Department of Political Science in Yıldız Teknik University