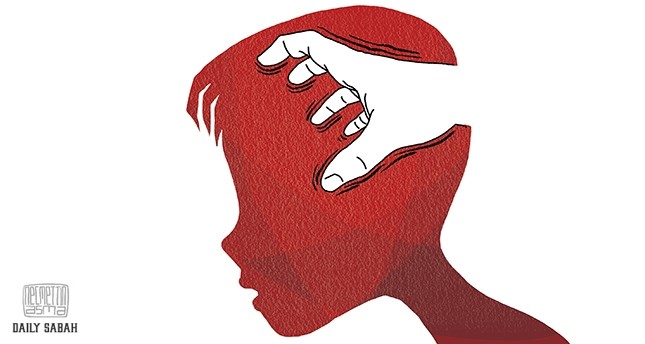 If Turkish authorities want to leave a better Turkey for the next generations, they should focus both on changing the governance system properly and reforming mindsets

It is true that Turkey still has a number of longstanding issues that it needs to tackle. At the moment, one of the most debated issues is the prospective change in the Constitution, in other words, a change in the way the country is ruled. However, it is clear that this change will not act as a magic wand to address all of the longstanding issues, at least not in the short to interim term. As to whether this change will be for the better, is to be seen if it gets the green light from the people. There are people worried that it could do more harm in the long term, while there are passionate people who feel this change is essential for the survival of Turkey as an independent country.

It is for this reason that the mindset future generations are brought up with is of paramount significance. It is a fact that the way minds are educated have a domino effect on all spheres of life. From nurseries to universities, it is our principles that determine the quality of education that children and university students receive. Similarly, it is the quality of governing minds that render governmental institutions effective or dysfunctional. And if there is a fault in the way the minds are educated or if the minds are educated to serve in the interests of only one ideology, then this will eventually be seen in teachers in nurseries, primary schools, academicians at universities, health staff in hospitals, civil servants in all kind of governmental institutions and workers in the private sector. In other words, partisanship in education will eventually prevail everywhere, and there will be a vicious cycle of issues. Just as mentioned in the proverb "you reap what you sow", humans tend to yield ingredients from what they are fed with. If minds are educated with values such as fairness, tolerance, morality, accountability, and taught about good work ethics, the need for meritocracy, respect, and the injustice of nepotism, then these values will be seen throughout the public body. In the event of a contrary scenario, the reflections will be completely the opposite.

It is obvious that one of the biggest issues that Turkey is facing is the way minds have been educated or constructed so far. So far, traces of the above mentioned second scenario are much more widespread across the board. For example, you could have a guy talk about the wrongness of unfairness and the need for meritocracy, on the one hand, and you have this same guy resorting to every possible way to secure a job when it comes to a senior position in an institution, on the other, regardless of whether this very same person is able to deliver the requirements of the job or not, and instead of his mind telling him "you are not fit for this job!" Similarly, you could have a guy who advocates for democracy, equality and so on, but when it comes to equal opportunities, this very same person will completely rule out the candidates that do not share his/her world view, regardless of whether they are fit to run a job or not. To put it in other words, regardless of what people advocate for, when it comes to notions such as fairness, equality or tolerance, various sides - in fact completely opposing sides - could be seen merging at the point of unfairness, intolerance or inequality. In other words, every side seems to have their own sense of fairness or tolerance and this is realized through favoritism toward people that follow their views regardless of whether they deserve something or not or whether they are entitled to something or not! In a sense, this not only refutes polarization in Turkey, because we have various sides — in fact, opposing sides — both favoring people who share a similar mindset regardless of their character, qualifications or fitness for a job or not; it also indicates a serious violation of the values that opposing sides or various sides are claiming to stand up for — if not abuse and exploit these values!

Why a change of mindset is a MUST?

Turkey's history is full of people suffering due to the failure achieve the liberation of minds. The political violence between left-wing and right-wing groups in the 1970s, the ill-disposition between various ideological groups, the easily constructed animosity between various faith groups in the past, and even the most recent bloody coup attempt, are all as a result of this failure. Following ideologies blindly with no critical mindset has led to terrible costs for the country and its people for decades. In fact, this continues to be one of Turkey's weakest spots and will continue to be so, unless the education system is changed to one that is based on the above mentioned values. Unfortunately, from nurseries to universities, the current education system is largely failing to achieve this liberation, as the professionals in the position of bringing up the new generations are themselves outputs of an education system that has only maintained the status-quo for decades.

It is for this reason that a change of mindset is a MUST in parallel with a change of education system if Turkey would like its future generations to avoid the pitfalls that old generations largely failed to escape. This change is not a MUST that is required not only in the formal education system but one that is equally significant in the informal religious education through "cemaats/religious groups". It is clear that religious groups constitute a significant role in the society in Turkey. However, from the recent coup it has become clear that instead of liberating their member's minds, the structure in most of the religious groups is designed in a way that requires complete obedience to the clerics with no room for critical reasoning. It will not be an exaggeration to suggest that this structure prevails in many other religious groups and thus, the risks are still there. It is for this reason that the phenomenon of religious groups also needs to be closely examined, discussed and wrong practices amongst religious groups should be addressed by certified religious bodies.

There is no doubt that this is not going to be easy and will take time. However, to prevent future exploitation and the abuse of people through faith or ideologies, the mold has to be broken. Protecting citizens from all sorts of exploitation, promoting fairness, equality, meritocracy, tolerance, work ethics, accountability and transparency will in return minimize people's exploitation, increase the sense of fairness in the society, heighten productivity across the board while paving the way for a more harmonious and content society.

It is for this reason that the education and liberation of minds in Turkey feels as significant as — if not more significant than — a change of the governing system in Turkey. For President Erdogan will not be President forever, but if the minds of new generations are fed with notions like fairness, tolerance, accountability, open mindedness, the need for meritocracy, good work ethics, equality, respect for diversity and so on, then chances of future Presidents who will embrace everyone and help ensure equality, non-discrimination, meritocracy and accountability will always be higher. Also, chances of a dynamic cycle of fair, tolerant, considerate and productive minds striving for equality, tolerance, best practice, accountability and so on will be much higher as opposed to the aforementioned vicious cycle that is perpetuating the problems of the country!