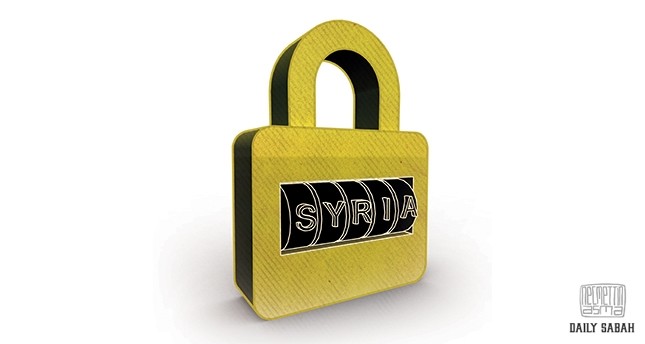 A curious thing is emerging in Washington: A remarkable parallel in the minds of Obama and Trump over Syria. 'Safe zones' are a new chapter in the Syrian war though, just when you thought it was all over

Is U.S. President Donald Trump's "safe have" plan in Syria all that it appears? True, Trump spoke before he became president about safe havens in Syria and getting the rich Gulf Arab states to pay for them, but are we to assume they are simply a humanitarian measure, given that Trump also said he plans to hit Daesh hard, once he took office?

I would argue not. There can be no question that the appointment of James Mattis as the U.S. defense secretary has certainly played a big role in this initiative. And I am certain that Mattis is the mastermind behind the plan, which is more about a new grand scale attack on Daesh in northern Syria, which can only effectively be done if the extremists can be drawn away from high concentrations of civilians; or, if you will, getting the civilians away from the terrorists.On paper, it seems incredibly simple but in reality Trump's "nonintervention" plan in the Middle East may well turn out to be just the opposite. His key strategy is to create zones in Syria whereby civilian populations can enter them and there receive food, medicine and shelter. But presumably, they could also receive protection as, given that we have seen extremist groups shoot and kill many civilians escaping the zones where they are used as human shields, the plan has to have the ultimate guilt-edged frame around it to work.

These zones will have to be militarized, which throws up an interesting cluster of questions in itself, namely who will do that? If Trump is serious about nonintervention then that would mean not using U.S. soldiers but existing allies on the ground - Turks, the Free Syrian Army (FSA), moderate groups or even Kurds.

Yes, after their dream of a state seems to have been shattered by a recent meeting between President Putin and Syria's President Assad - where the latter rejected the notion outright, the chessboard becomes even more complicated. Could the Kurds now become an even stronger ally of the U.S. now? All eyes are now on how far Trump backs them and whether Turkey is granted its extradition request for the leader of the Gülenist Terror Group (FETÖ), Fetullah Gülen - the perpetrator of the coup attempt on July 15, to see who is considered more of a close and cherished friend and who is merely an ally.

But if you are already getting a headache working out the geopolitics and you've already realized that in the Syrian war, your enemy's enemy is not always your friend, then take a big breath or what's accompanying this particular military and political conundrum.

Many have said that Trump's biggest challenge in the Middle East is to keep good relations with Russia despite developing an almost war - like hatred with Moscow's allies. He might just pull it off. The weird and whacky world of Donald Trump might keep relations with Russia while bombing Iran or attempting to oust Assad. It's weird. But it can work if business is behind his thinking.

But back to Syria's safe zones, which to me appear more like a military tactic to remove Assad. Curiously, Obama's obsession with regime change is already appearing to be followed by Trump. But their methodology couldn't be more at odds with one another.

Safe havens are a euphemism. What it really means is "no fly zones." And who are going to be required not to fly over these zones? Assad regime air force of course; but here's where it gets really awkward. Russia jets too.

Join up the dots and the benign policies of Trump appear to glean more than what meets the eye. If Trump's plans are to create no fly zones in Syria - i.e. to actually halt the bombing of Russia and Assad - then where is this leading?

You don't have to look very far. Indeed, it's here where both Trump and Obama seem to be birds of the same feather. Just a matter of days before leaving office Obama and Congress signed off a bill to actually allow the U.S. to supply Syrian rebels directly with surface to air missiles, otherwise known as MANPADS. Such military hardware in Syria can only be used for one thing, and given the timing of it, is presumably meant to enforce a U.S. - initiated no-fly zone for Russian and Syrian aircraft. Saudi Arabia and Qatar were both reported in November as supplying the same weapons to Syrian rebels which must have been done with the nod of the Obama administration so, in fact, Trump is very much carrying on a theme in Washington: Regime change in Syria.

Can any special relationship between the U.S. and Russia prevail under such circumstances? Given the amount of investment that Putin has laid out for Syria, it seems inconceivable he would tolerate such a notion of 'no fly zones' especially given that this would effectively hand back most of Syria to the U.S. and its Gulf allies who no doubt have a plan to obliterate Daesh and its oil fields (which are supply Assad with cheap fuel), but then move on to the real spoil of war, the regime itself. Trump said on his inauguration day that it might be 'very difficult' keeping relations with Russia, a slight but noted shift from earlier praise of Putin. Most thought he was referring to the smear campaign carried out by Democrats involving a Russian "honey trap" orchestrated against him when he was a businessman in Moscow, involving prostitutes. But I would gamble that he was really thinking about a war with Russia over Syria. It sounds ludicrous and farfetched. But then so do most of Trump's foreign policy initiatives like "taking" Iraq's oil or a Muslim ban on five nations which is conveniently distracting the media at the moment away from a huge story in Syria which is going to show the world how far he is prepared to go to stick to his promises, no matter how nefarious they may be. And if such a confrontation instantly made the U.S. an enemy with Russia and provided Trump with an excuse to bomb one of its allies in the region - Iran - then Trump's people have no problem with that at all. The press release and the media pack are ready.

* Martin Jay recently won the U.N.'s prestigious Elizabeth Neuffer Memorial Prize (UNCA) in New York, for his journalism work in the Middle East. He is based in Beirut.

Share on Facebook Share on Twitter
Previous in Op-Ed Turkey is an unpredictable country in many ways but when it comes... Next in Op-Ed The Feb. 28 postmodern coup was one of the most discriminatory moments...
DAILY SABAH RECOMMENDS