Has Trump become the establishment or is he still an outsider? 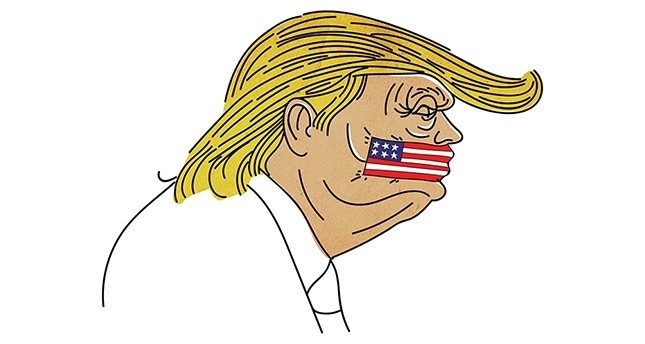 Since his first day in the White House, Donald Trump has not been accepted as an insider, facing harsh rivalry from the U.S. establishment

It is no secret that U.S. President Donald Trump was the first candidate who campaigned for the American presidency as an ultimate outsider. As a candidate, he promised to dethrone a crooked and emaciated establishment. Almost every president has come with his personal assumptions and unique vision that he wished to pursue. Trump began his campaign pledging to bring in fundamental changes to his predecessor's policies simply because he saw some kind of deep pathology in the way the U.S. has engaged with many issues.

Now after five months as the 45th POTUS, one wonders whether Trump will still succeed in translating his promises and pledges into executable action plans, or will he habitually be dragged back to the orbit of the centric structure of the establishment?

The enigma of Trump is that he has never been in a position where he needed to take fateful decisions over peace and war or life and death matters. In other words, when Mike Pence, the U.S. vice-president, was asked about Donald Trump, he said that Trump is a "businessman, not a career politician." Trump is the only president whose primary professional qualification is having worked as a CEO.

As America's executive then, how well has Trump performed on managing the executive branch of his administration? How is he doing as the American nation's chief executive?

Recently, Trump claimed that he is a victim of the "single greatest witch hunt of a politician" in U.S. history. Trump argues that none of his predecessors has been subject to the amount of defamation and manipulation that he and his team are being exposed to.

IRREPLACEABLE VESTIGES OF THE ESTABLISHMENT

So far, three officials in the executive branch have been fired. Trump fired the acting Attorney General, Sally Yates. Then he fired another U.S. Attorney for the Southern District of New York, Preet Bharara. And finally, he fired the FBI director, James Comey. Mainstream media outlets claim that these individuals were fired because they were carrying out investigations linked to the president's potential relations with Russia. Definitely, this does not seem to be a coincidence.

During the early days of Trump's term, the entire senior level of management officials resigned, a move that was perceived as an endeavor to cause the elected president to fail and was part of an ongoing mass exodus of Obama's establishment. Was that departure voluntary or rather mandatory?

In other words, it seems that Trump is unconventionally trying to cleanse the establishment of the remnants of Obama's administration and replace them with his loyalist executives. On March 10, the Trump administration swept away most of the remaining leftovers of Obama's prosecutors at the Justice Department. Trump orders 46 attorneys to tender their resignations immediately.

Trump's attempts to get rid of establishment constraints are still ongoing. However, being an outsider does not give him carte blanche to completely demolish the conventions of the establishment. It is true that Trump, unlike his predecessors, has the uniquely lowest systemic self-restraint imposed by the establishment bylaws of any president. However, there are limitations dictated by the entrenched order of American policy.

The irrefutable competitive advantage of Trump is that the current establishment's structural constraints are much weaker than they were for former presidents simply because the stances of the U.S. toward many issues are groundless and fragile, and this has unquestionably exacerbated the spikes and precipices of the establishment's Middle Eastern policies.

THE JIGSAW OF THE MIDDLE EAST

The Middle East is undoubtedly the thorniest and most problematic issue for any American president to address. The way that consecutive U.S. administrations have dealt with the region has brought the area into a state of complete devastation. The sad reality is that Trump's predecessor Barack Obama left the Middle East in a far worse situation than he inherited it.

There is no doubt that Obama's legacy, particularly in the Middle East, constituted a major challenge to the new president. Trump relentlessly releases his piercing criticism of Obama's foreign policies. He labelled Obama a "terrible president" and described Obama's foreign policy as a "total failure."

It is said that Middle East autocrats are gleeful, extremists in Daesh are ecstatic and Israel's ultranationalist government is exuberant. However, the fixed asset of Trump's unpredictability makes all these conclusions blurred and fuzzy.

Every American president first comes in with a promising briefcase full of pledges of fundamental change in policy toward the Middle East. He wishes to transform the region in one way or another within a certain period of time. However, every one of them eventually finds himself being dragged back into a radically different policy than the one he originally envisioned.

Trump is no exception. It is true that in his first five months he tried to strike a blow to the system. However, he will soon discover that his practices will not satisfy the well-established structures of the American deep establishment. He will soon be forced to readjust and conform with the set boundaries. He will eventually adopt a foreign policy that very much resembles his predecessor's, and this is clear in his Syria policy.

One of the solid-vested principles of the American establishment is that America's true allies should share the same geopolitical interests. The American establishment realized that the relationship between Ankara and Washington started to shake directly following the escalating tension in the bilateral ties between Israel and Turkey in the aftermath of the Turkish aid flotilla bound for the besieged Gaza Strip. However, the straw that broke the camel's back was Ankara's support for the Arab Spring.

There is no doubt that Turkey's sympathy with the uprising Arab nations constituted a serious threat to the Turkish-U.S. relations that have been driven by a constricted concept of geopolitics. For decades, the strategic ties between Ankara and Washington have been described as "unbreakable." Recently, however, a conceivable divergence in their geopolitical interests has been perceived.

The establishment has given carte blanche for an autonomous Kurdish terrorist state to be formed in the northern swathes of Syria. If this happens and the Kurdish terrorists extend their control over the rich petrol wells of the region, the Euphrates River as a source of energy and the sea as an outlet for import and export, then a strong federal state is an inevitable outcome.

Turkey has recently lashed out at Washington's plan to arm Kurdish terrorist groups with heavy ammunition. These U.S. moves have long rattled Ankara and Trump's standpoint as an executive tends to succumb to establishment dictations that will eventually jeopardize his relations with a strategic NATO ally and push it into different coalition orbits.

President Erdoğan's visit to China one day before his visit to Washington was no coincidence. China and the U.S. are pursuing different objectives in the Middle East and if Turkey seizes the chance and works on creating a stronger economic and military coalition with China, the establishment will lose a major ally that it did not manage to retain.