What does Turkish democracy promise for the Middle East? 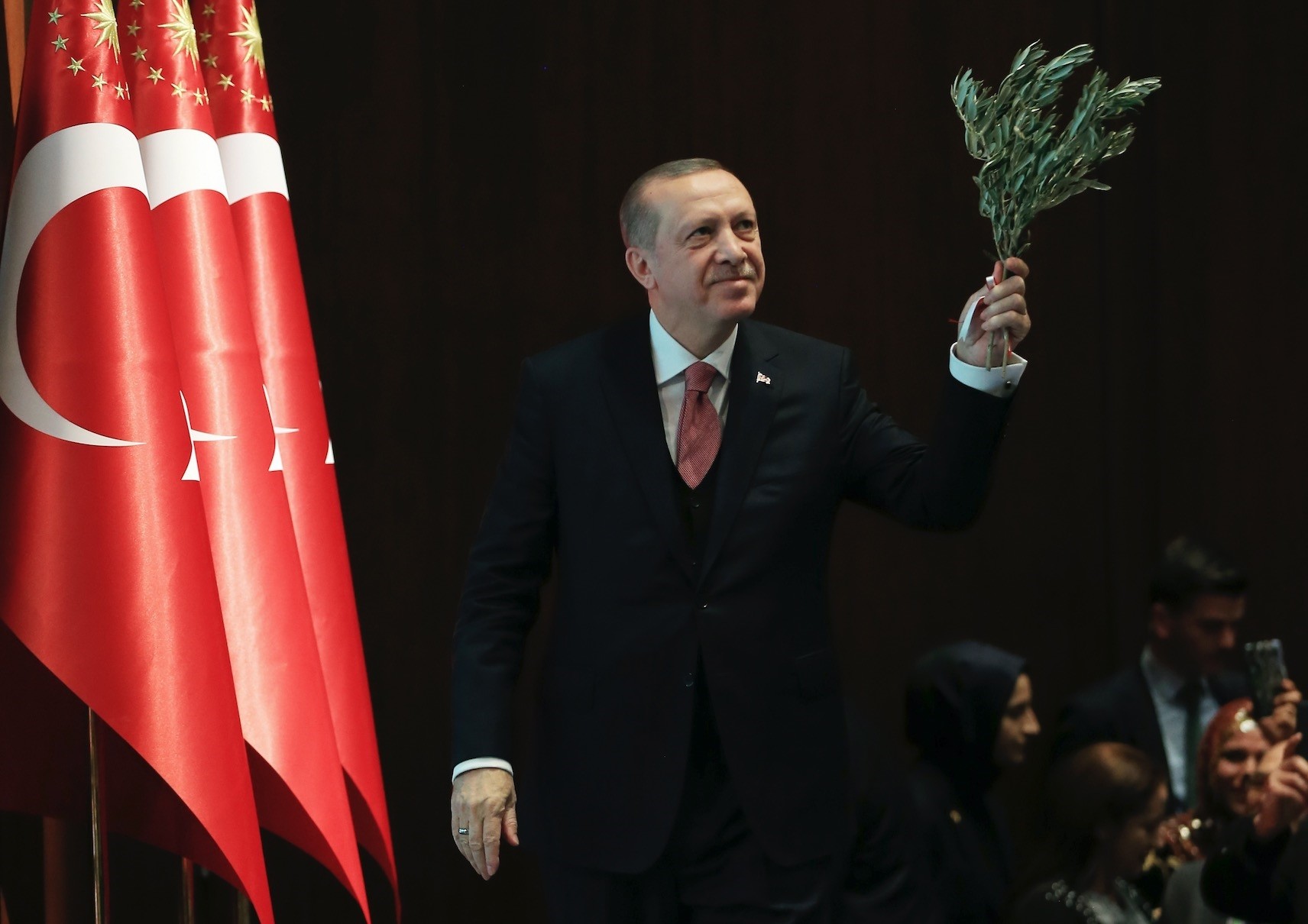 One day, war-torn Syria is likely to reach a peaceful end as a result of various summits and agreements, but it is not that easy to say the same for the Middle East, whose balances have gradually experienced dramatic changes for decades. Here, we need to ask why this region, once a land of peace and security, has turned into a chaotic place suffering from wars, migration and violence. Secondly, while all this is going on, how can Turkey manage to protect itself from similar problems? In order to find the answers, we need only compare Turkey's characteristics to those of the region.

There are some parameters such as social structure, political modus vivendi, manner of life and geopolitical priorities that can help us understand it

When we look at the socio-political dynamics of the Middle East more closely, there is an inconsistency between the state and society, those governing and the governed, and elites and ordinary people in respect to their norms, values and life perspectives. Non-institutionalization of democracy, lack of political voice for civilians or individual initiative and the patrimonial and autocratic administrative mentality are the reasons that led to the discrepancy between the state and society.

The second parameter that has destabilized the region is territories occupied because of energy resources.

The third reason is the lack of domestic peace, which is caused by past and present conflicts. The Middle East has many religions, languages and ethnicities and regional countries have failed to fully engage with the process of nationalism.

The last reason for instability in the region is the persistent perception of the threat felt by regional powers. The powers caring only for their own interests but not those of the region highly affect their neighborhood. They generate policies to gain something from the region but not to solve its problems.

Since the beginning of 2011, a kind of sociopolitical movement called the Arab Spring was initiated to increase the individual rights and freedoms and enhancing democracy, economic welfare and human dignity as an unprecedented social phenomenon. Nevertheless, this social reality was urged by social dynamics and was initially reversed due to internal actors' inadequacy in respect of political experiment and the manipulation of the international community. Therefore, the Middle East was once again marginalized.

Turkey is a unique, inspiring state with its democracy experiment, an emancipatory approach that transformed secularism from being a sphere for social conflict and strengthening structure of civilian political life in the region.

While the wave of Arab Spring uprisings hit many countries in the region, Turkey secured its importance as a model for this region with its democratic, secular and Western-oriented values. By sustaining economic development and avoiding implementing identity politics, Turkey also could remain a pioneering state. This is the most basic point that differentiates Turkey from others in the Middle East.

The path of secularism

The adaptation of secularism to daily life and governing system is the most significant parameter in Turkey that helps it secure itself. Contrary to the French understanding of radical laicism, Turkey's way of understanding secularism was and is highly important for the sake of the region. It is safe to say that since 2002, the ruling Justice and Development Party (AK Party) has played the biggest role in it. By not using any religious attribution while defining itself, the AK Party has made itself the catch-all party that welcomes various ideologies and approaches.

The second thing that makes the Turkish experiment with democracy authentic and functional is the network of exclusive relations with international institutions and organizations. Its membership in the U.N., NATO and Ankara's accession talks with the EU have contributed to its development. Having a deep-rooted democratic culture, Turkey could easily negotiate in the international community. It experienced coups – with the most recent being the deadly one on July 15, 2016 – faced political crisis from tutelage and suffered from single-party governments at the beginning of the Republic. However, its democracy has remained strong. The first democratic elections were held in 1950 with the victory of the Democrat Party (DP), but then military interventions followed each other three times every 10 years or so. Fortunately, Turkey succeeded in dealing with such interventions thanks to the democratic inclination and prudential decisions of the people.

Example for the region

Concerning Turkey's experiment with democracy, three main criteria are essential as the sources of inspiration for the Middle East. The first is the social experience inherited from history, the second is the will to be a source of inspiration and the last is reliability and prestige.

The Turkish practice to harmonize Islam and democracy, provide economic development accompanied by social cohesion and offer a very liberal secularism show that Turkey has an adequate democratic experience as an island of stability in the region. Eventually, Turkey seemly established the essential organizations and institutions for the sake of the development of democracy, which constituted a functional mechanism, coherent communication channel and civil society to regulate strong ties between the governing and the governed. In addition, the Turkish experience demonstrated that secularism means nothing alone, but it gains meaning with a liberal definition and within a working democratic regime.

In these circumstances, Turkey was never indifferent to the democratic evolution of Middle Eastern countries. It generously shared its experience and supported the people in the Arab Spring who fought for democracy against dictatorial regimes. Having a multicultural society, Turkey proved that it is the bridge between civilizations and a monument of tolerance among cultures.

The rejection of the March 1 memorandum against the U.S. in 2003, the "one-minute" against Israeli occupation of Palestine at the Davos Economic Summit of 2009, the active participation to enhance Syrian democracy, the unique opposition against the militarism like coup leader President Abdel-Fattah el-Sissi's military intervention in Egypt, show Turkey's will to support the democratic transition period in the Middle East. Finally, Operation Euphrates Shield in 2016, the ongoing Operation Olive Branch and the active involvement in the Astana peace talks have all made Turkey one of the leading figures in creating a democratic Syria as well as playing a more constructive role in shaping the future of its neighbor.

* Dean of Faculty of Economics and Administrative Sciences, head of Political Science and International Relations at Dumlupınar University