The view from Germany: President Erdoğan is very welcome 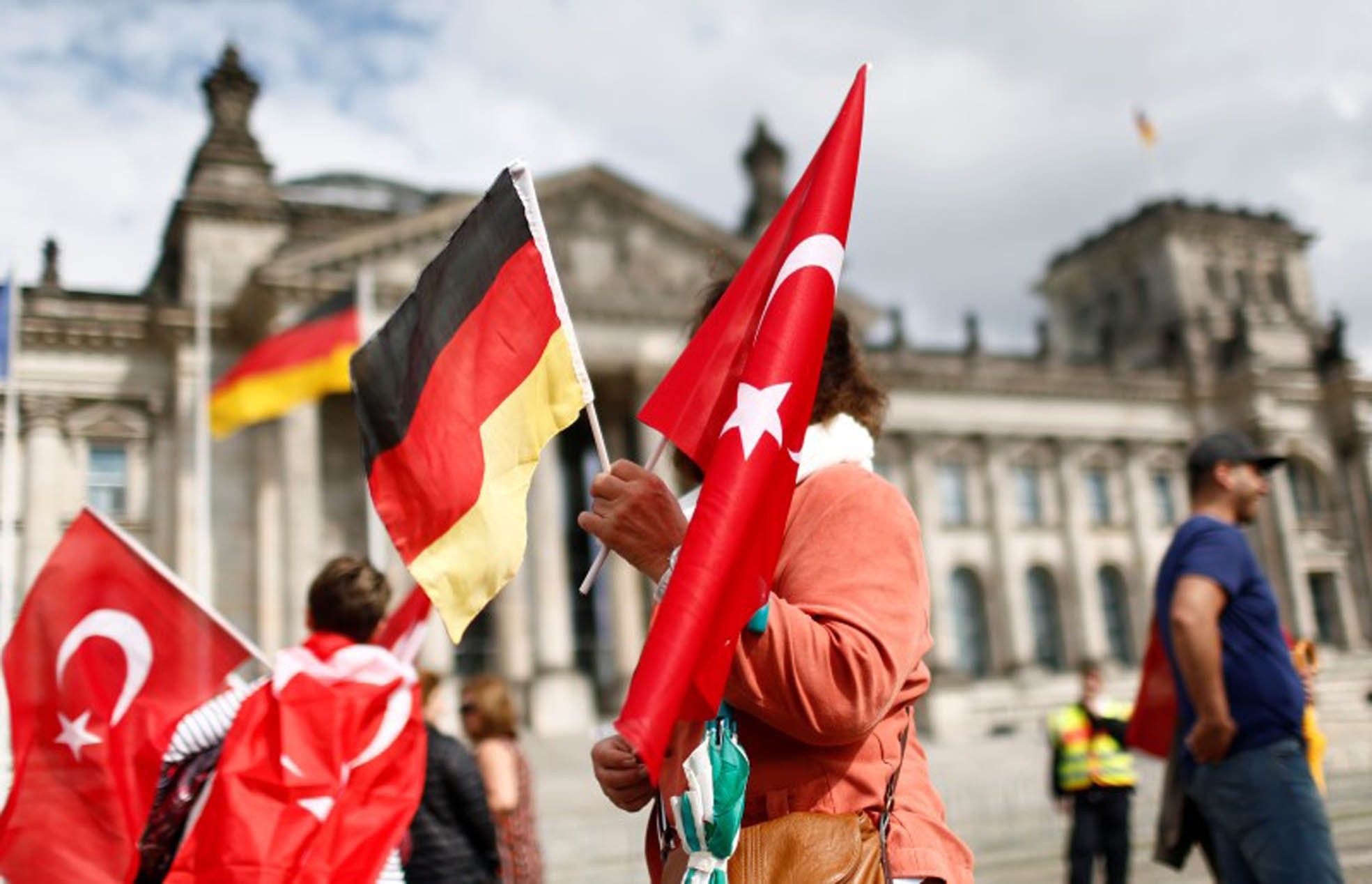 A woman holds Turkish and German flags in front of the Reichstag building, which houses the German Parliament, Berlin, June 1, 2016.
by Jurgens Klaus Sep 20, 2018 12:00 am

Four weeks from today President Recep Tayyip Erdoğan will travel to Germany on an official state visit. That will be a grand occasion indeed, highlighting the amicable level of Turkish-German relations.

Are there issues at stake? Of course, but sorting it out is what friends do. In this short pre-event analysis, we'll take a look at some of the hot topics.

It is fair to say that expectations are high on both sides. However, no political commentator should expect that by the end of September 2018 history will have been completely rewritten. That's normally not a state visit's major aim anyway. Yet, by the morning of Sept. 30, a vital new chapter – perhaps the most vital of all – of bringing both countries much closer together again will for sure have been opened.

Before the US exchange rate manipulations

An agenda under normal circumstances would perhaps only feature two to three topics, but it can extend to any related sub-points. The latter is the case when President Erdoğan heads to Germany.

Some topics unite both partners by definition more than others – think the welfare and well-being of the millions of Turks living in Germany. But among friends, tricky items should not be swept under the carpet either: The migrant situation and related visa liberalization, the fight against terror including PKK financing abroad and the Gülenist Terror Group (FETÖ) activities on European soil, and creating lasting peace and stability in Syria and Iraq and thus the entire region.

Each side will of course have its underlying reasoning dominating this or that issue during bilateral talks both on and off the record. Many of these examples are intertwined.

From a Turkish perspective one could imagine that re-explaining the seriousness of the heinous coup attempt in July 2016 and why fighting terror both at home and abroad is such a vital subject for modern Turkey.

This so clearly demonstrates why Turkey neither wants to see a rogue terror state being setup right across its southern border, which would spill over into its territory sooner or later, nor does it accept the fact that its allies are not pro-actively trying to locate and bring to justice members of the PKK and FETÖ that are hiding on their soil.

From a German perspective, one would assume that better understanding of why recent changes in Turkey's system of government are actually unleashing a positive dynamic to bring the country forward. This only works when both sides talk frank, fair and open about the desires of the Turkish population, which they manifested by means of a record voter turnout in the most recent elections in Turkey, and why all these recent developments are no threat for Turkey nor Germany, but a huge opportunity, as they will bring further stability both on a political and economic front.

At some point, Berlin will ask for assurances and so will Ankara.

Talking about the former, we do detect most naturally a new dimension ever after the administration in Washington imposed sanctions on Turkish interests and goods, which in turn – and of course as intended by the U.S. – led to a temporary free fall of the Turkish currency.

It was Germany which first came out publicly in support of Ankara before others in Europe followed. As was widely reported on before German politicians declared that what the U.S. is doing now is nothing but a trade war, or that Germany has a clear interest in a stable Turkey and not the other way around.

Critics of the current U.S. president's tendencies are present not only in Berlin's corridors of power but on the streets as well. Chances are that Germany not only stands side by side with Turkey to fend off any further exchange rate volatility or sanctions – assaults by Washington – but it also aims at completely rewriting EU-U.S. relations, too.

This could one day go so far as to seriously rethink defense matters with a view to come forward with a more independent European security strategy. Turkey would here become the most logic and natural ally and partner.

DACH region, wider Europe in the spotlight too

Based on their vehicle license plate abbreviations, Germany, Austria and Switzerland are often referred to as the DACH region.

President Erdoğan closely follows all of the activities of the Turkish government to promote Turkey and in turn attract FDI. He is also always looking for a way to further open up the region's markets for Turkish goods and services. So it would not come as a surprise if his visit helps the entire European German-speaking world to not only "rediscover" Turkey so to speak, but also to renegotiate.

Then there is the wider European region and not just the European Union. A closer cooperation between Germany and Turkey, with a huge windfall profit for the DACH region, might very well become the catalyst for a reformulating of Ankara-Brussels ties as well. Germany was and is the economic engine of Europe and its major political union player together with France. A redefined Ankara-Berlin (plus DACH) axis will not go unnoticed in Europe's other capitals.

Unfortunately one should not close his eyes to the following development. There are some very isolated yet unfortunately vociferous pockets in German society who object to President Erdoğan visiting their country. Yet, they are not anti-Turkey first and foremost, but they are anti-modern Germany and anti-modern Europe. They prefer putting up roadblocks instead of supporting cooperation and by doing so they are isolating Germany from the wider world. They prefer that Berlin shut its diplomatic doors except for a handful of direct neighbors.

And to make matters even worse, they play into the hands of the PKK terrorist organization by unknowingly or deliberately declaring their members to be freedom fighters instead of murderers.

For decades, the PKK has used European territory to launder their money, which they collected from human trafficking and drugs sales. There is word out that some of those criminals plan to gather near Brandenburg Gate when President Erdoğan is in town.

They in turn feel further justified in causing mayhem by listening to those misguided individuals, who argue that "one cannot always choose his guests" and "no full state visit honors for Erdoğan."

Needless to say, such ill-fated public discourses harm German interests and reputation much more than Turkey's. But Germany is a model democracy and will eventually find a way to deal with that unwanted attention. Fringe movements, often with a rather verbal (if not more) violent outlook, are a sad phenomenon in more than one European country and equally need a joint counteroffensive.

The vast majority of German-Turks – and we are talking at least the last voter turnout in Turkey's last elections – have a clear message to those misguided individuals and their partners in some media houses: President Erdoğan, you are very welcome in Germany.