Netanyahu visits Oman with eyes on Iran, not Palestine 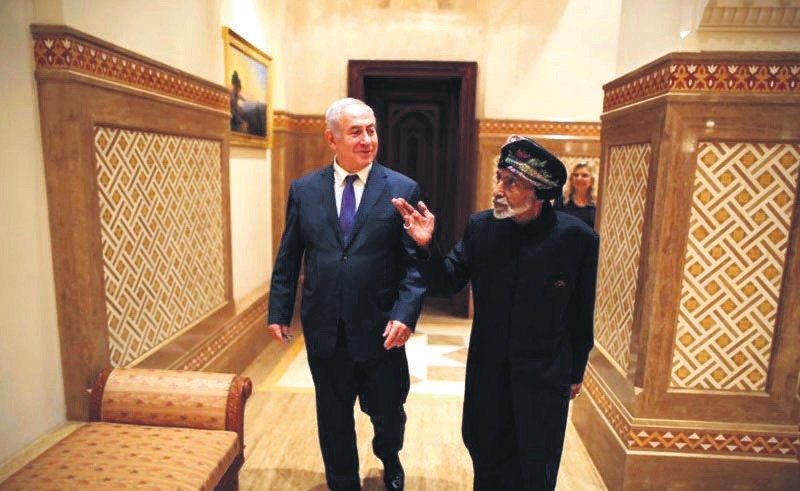 Netanyahu's visit was only the second by an Israeli official at his level, after one made by Israeli Prime Minister Shimon Peres in 1995. The visit, which surprised regional and international observers, came at a time when the Arab Gulf is seeking to normalize public ties with Israel, after being, for decades, embarrassed in doing so due to different reasons – mostly because of the Palestinian people's continued struggle and their tremendous sacrifices in the first and the second intifadas.

At the time the Israeli prime minister was in the Omani capital, the Israeli Sport and Culture Minister Miri Regev was accompanying an Israeli gymnastics team in the capital of the United Arab Emirates (UAE) while a third Israeli team was present in Doha.

We are not focusing on the reasons behind the Arab world's thirst for having normalized ties with Israel, rather, we are trying to demystify the circumstances of the visit and presuming the issues that were on the table between the Omanis and Israelis.

Omani Foreign Minister Yousuf bin Alwi in an interview with Al-Jazeera said that they accepted Netanyahu's visit to their country as Israel is a "vital" actor in the region that should not be neglected – justifying this by saying that the peace process between the Palestinians and the Israelis had the lion's share of the talks between the two sides.

It is worth mentioning that Palestinian President Mahmoud Abbas was also in Oman just five days before Netanyahu's visit, and Abbas received two Omani envoys in Ramallah in the aftermath of the same visit.

We can accept that the peace process between Palestinians and Israelis was discussed between the Israeli and Omani leaders, but I believe the talks focused more on Iran as the visit came just two weeks before the new U.S. sanctions on Tehran.

Firstly, Oman does not have the capabilities as a regional power to assume a mediator role between the Palestinians and Israelis. Moreover, the U.S., which has been blocking any role by the European Union in the peace process, will definitely not allow Oman to play that role. Furthermore, Palestinian President Abbas has been calling the world superpowers, most importantly Russia and China, to embrace a mediating role between the two sides with a view to pushing the peace process forward although all his bids have been vain amid the U.S. rejection and Israeli arrogance.

Secondly, Oman, a historical ally of the U.S. and one of the strongest friendly states with Iran, had been playing a key role in sharing points of view between Iran and the U.S., before achieving the 2015 nuclear deal between Tehran and the "5+1" countries. The deal, however, didn't hold steadfast just months into the Trump administration.

By receiving the Israeli prime minister in Muscat, it is possible that Sultan Qaboos was willing to get the U.S. and Israel's approval to launch indirect talks between the U.S. and Iran on one side and between Israel and Iran on the other. Since, Trump on different occasions said that he was ready to launch talks with Iran to amend the 2015 deal, which was not welcomed by Iranian officials who insist on maintaining the same terms of the deal. Thus, back-channel talks are preferred more to maintain the prestige of Iranian leaders, who reject any suggestion for talks with the Trump administration. It is good for Trump as well who was panicking that the Republicans might lose the majority in Congress.

Lastly, the visit comes amid Oman seeking to relax the region before the American sanctions on Iran go into effect. Oman, along with other Gulf countries, feared that Iranian forces would block the Strait of Hormuz over the U.S. oil sanctions, which may transform the regional situation into a dramatic and destructive war.

Israel, as well, was worried that the sanctions on Iran may prompt the Iran-backed Lebanese Hezbollah to launch attacks against Tel Aviv, which may ignite the northern military front after the southern military front has already burned for months due to the Gazans' weekly protests, known as the "Great March of Return."