Peace and reconciliation are the core of Syria's political settlement 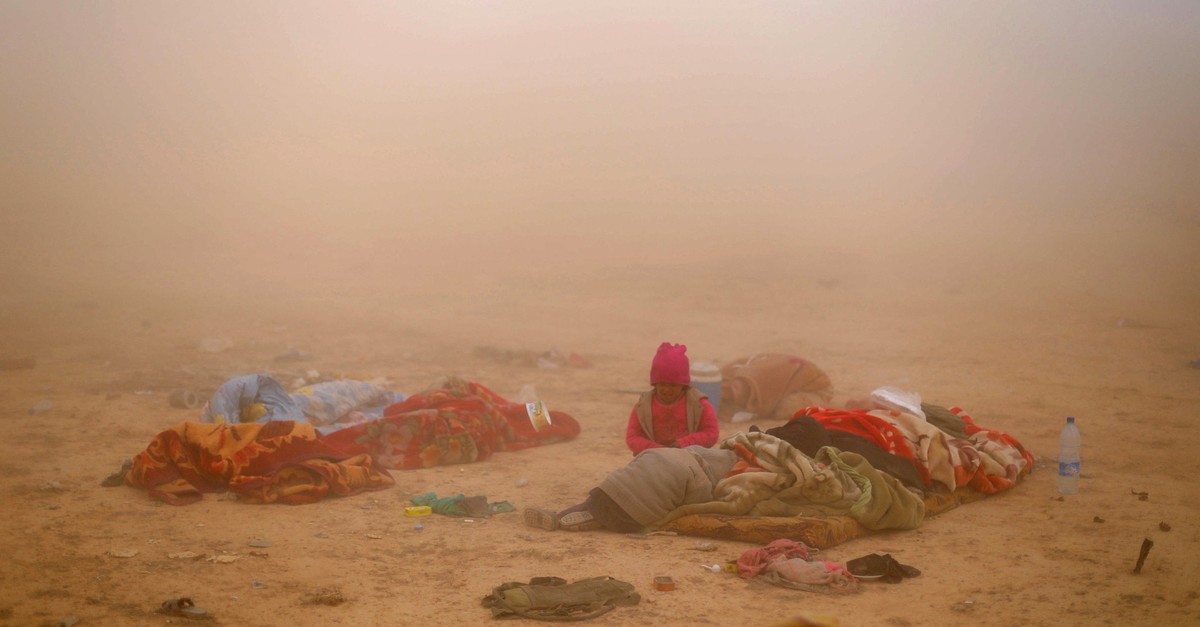 The disaster in Syria is man-made, and it's up to the warring parties to stop it and bring life back to normal

It's certain that the eastern Mediterranean will come to the fore frequently in the 21st century due to its natural gas and oil reserves. Whether this is going to foster conflict and tensions or enhance stability and prove constructive will definitely be related to what kind of positions littoral countries take or how they ensure cooperation. It's impossible to assume that gas and oil exploration, discovery and marketing efforts in the region will proceed independently of politics, especially on the issues of Palestine, Iraq and Egypt. But that does not have to produce conflict, either. On the contrary, if wisdom prevails, perhaps it will become easier to solve the existing problems with a win-win formula. Similar to the rule of communicating vessels in physics, common sense, cooperation and courage added to a vessel will serve as an example and impetus for a problem in another vessel. I think that even knowing and recognizing that such a possibility exists is important in itself. We have to accept that we are very far from this at the moment.

Syria's political resolution is the magic word and dream of Syrians seeking refuge in distant lands and displaced internally in the country are waiting for. Their expectations vary from returning home to sitting on the constitutional committee to ambitions of winning the presidential office. Eventually, it's all about a country where peace and reconciliation prevail, human dignity is respected and the people are happy and prosperous.

This is highly humane and universally taken for granted. But regardless of how legitimate these expectations are, to meet them continues remaining difficult and at times next to impossible. Strife and enmity, lack of basic living conditions, not to mention food, medicine and health care shortages are a daily reality in war-ravaged parts of Syria.

Change is on the way

No doubt, a change for the better is on the way, as President Recep Tayyip Erdoğan admitted in the course of the Sochi summit on Feb. 14, "We have never been this close to forming a constitutional committee in Syria." Considered by the Astana trio a viable instrument, the committee deems to pave the way for lasting peace and security and building a post-war Syria on the principles of democracy and respect for human rights. Its underlying idea, stemming from the U.N. Security Council Resolution 2254, is to ensure the fullest possible representation of the people of Syria and enable them to decide on their future.

Launched two years ago in the frost-bitten capital of Kazakhstan, the Astana process has contributed since then to building stronger an alliance of Turkey, Russia and Iran and their effort to combat the terror threat in Syria. As well, it's created grounds for proceeding toward a political resolution, the next stage of the Syrian conflict settlement.

On Feb. 28, according to Russian sources, President Vladimir Putin confirmed his country's readiness to jointly proceed with other actors to establish a special working group on bringing back to normal the situation in Syria after the terror threat's resounding defeat. The mentioned group will consist of the representative of the Syrian legitimate government and the opposition, as well as the countries of the region one way or another involved in the conflict. All the foreign troops, believe the Russian leader, will eventually leave Syrian territory and the country's sovereignty will be fully restored in accordance with its territorial integrity.

Not everything going on in Syria bears a positive dynamic. Evidently, the U.S. lacks a clear strategy for the troop withdrawal from Syria announced last December. Plans were changed and no longer is a full withdrawal envisaged, while around 200-400 serviceman are due to stay and create a stabilizing force to be reinforced with Europeans whose agreement is still pending.

Furthermore, U.S. plans largely ignore a possible impact of its military presence drawdown on Syria's humanitarian situation. Without a set strategy, the U.S. troops withdrawal will add to the mess in Syria and worsen the plight of millions of Syrians.

Sadly, Syria is just another example of how a home stops being a cozy place to live in and its residents are forced to flee out of fear for their lives. The Middle East and North Africa region is engulfed in war and chaos started by the U.S. invasion of Iraq, the fall of the Gadhafi regime in Libya and worsened by the aftermath of the Arab Spring revolts. The situation is aggravated by an irresponsible regional policy of international actors which is deeply saddening.

This disaster is man-made, and it's up to the warring parties to stop it and bring life back to normal. Sadly, it's easier to say than to do. "All the conferences, all the negotiations, they're useless, a waste of time and money," a Yemeni refugee shared with Al Jazeera at the Markazi camp in the Djibouti desert. The refugee lives with his wife and young children in a housing unit made out of a shipping container. Engulfed in civil war for nearly four years, impoverished Yemen is at the brink of a humanitarian catastrophe where at least 10 million residents require immediate life-saving assistance.

In Syria, an outburst of hostilities last year has brought, during the first eight months, nearly 1.4 million additionally displaced people, according to the U.N. That is a staggering average of around 6,000 people displaced per day.

The situation in Idlib is highly alarming with the province increasingly falling under the Hayat Tahrir al-Sham (HTS) radical group and sliding out of control of Turkey and Russia. This increases the threat of the Syrian regime trying to take Idlib by force which would lead to a massive humanitarian disaster, maybe the gravest of the war, as believed by U.N. relief agencies.

The Idlib province, a breadbasket of Syria and home to some 2 million natives, now hosts nearly 2 million internally displaced people, three-quarters of whom require immediate life-saving assistance. The influx of refugees has turned Idlib into the most densely populated Syrian province and made it extremely vulnerable to military hostilities.

As an urgent measure to prevent the catastrophe, keep the cease-fire and ensure stability, Turkey and Russia have decided on joint patrols in and around Idlib, announced Turkish Defense Minister Hulusi Akar on March 8. The same day, Turkey conducted its first patrol mission inside the province while the Russians were charged with control of the province's external border.

In the south, deep concern generates in the al-Rukban refugee makeshift camp sitting along the Jordanian border and hosting some 40,000 Syrians virtually abandoned without assistance. Jordan considers the camp, resembling a garbage dump, a threat to its security and it falls under the responsibility of the U.N. and the Syrian government.

In the meantime, U.N. relief workers experience constant difficulties with delivering assistance to the camp both from the side of Jordan and Syria. Access from the Jordanian side is problematic due to security concerns while receiving permissions for delivery from the Syrian side via Damascus is overburdened with extreme bureaucracy.

Finally, this February, the Syrian regime allowed the U.N. to make its largest ever delivery of life-saving assistance to al-Rukban which eventually resulted in providing each family with a one-month supply of food only. The delivery became the third one that the U.N. had managed to deliver since 2014. Apparently, the U.N. convoys can't solve the al-Rukban problem and "only taking care of the camp can stop the suffering of the Syrians trapped there against their will," says a statement made by the Russian and Syrian military this February.

The situation around al-Rukban is complicated by its location near the Tanf base within the U.S.-controlled operational zone which makes the camp a responsibility of the Americans. The Russian and Syrian military call on the U.S. command to shut it down for humanitarian reasons and offer an evacuation of its inhabitants. On Feb. 19, backed by Russia, the Syrian regime opened two humanitarian corridors for al-Rukban inhabitants' safe repatriation, while offering a free of charge relocation to their places of permanent residence and a guaranteed safe passage through the Tanf zone where the militants are still active. No volunteers showed up to leave the U.S.-controlled zone.

Russia and Syria accuse the U.S. of impeding the evacuation on purpose and spreading false information on the situation around the camp. In its turn, the U.S. Central Command (CENTCOM) calls the accusations "Russian and Syrian propaganda" claiming its readiness to further ensure security for al-Rukban inhabitants while facilitating U.N. humanitarian efforts. In the meantime, the mortality rate at al-Rukban continues spiraling.

The Syrian political resolution will determine the country's future while impacting developments in the MENA region in general. Opinions differ on how this future Syria should look like reflecting the deep-rooted divergences among international actors and the Syrians themselves. The very committee on the Syrian constitution has no clear job to do yet; discussions are ongoing, either it should carve out a new constitution or remodel the 2012 version currently in force.

In one the world community is unanimous: Daesh should be finished once and for all. Putting the statements of president Tramp aside, Daesh is still alive. For sure, its days at the battlefield are numbered, but alive are its sleeper cells and the popular mentality it has implanted; this is dangerous and scary.

The Syrian people are exhausted by war and living in constant fear of the ruling regime repressions. The regime's brutal oppression and cruelty of crushing down on popular revolts has bred fear ranging to hatred of the Assad government. Today, the efforts of the Russian and Syrian military to assist refugees with returning home to government-controlled areas continue faltering. Few risk returning to regime-held regions and thus stay trapped in miserable conditions. Enmity and mutual mistrust still prevail and remain the major obstacle on the way to national reconciliation in Syria.