Who is hurting American credibility? 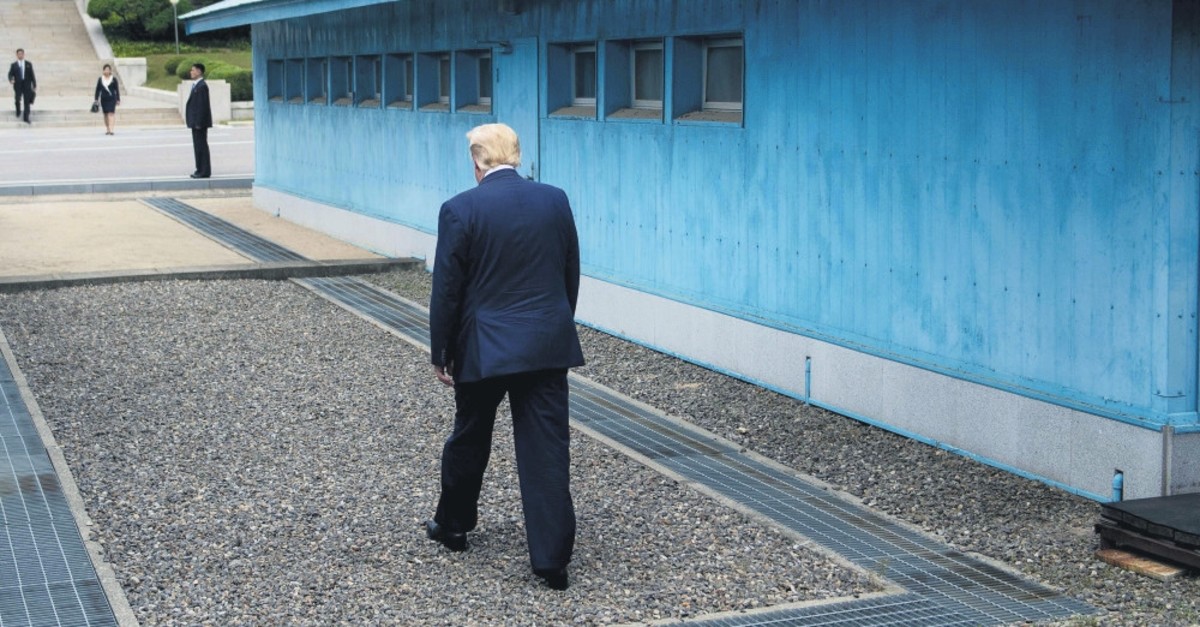 The term "American credibility" is a perfect Orwellian term used frequently in American political and power system jargon. The common sense meaning of the term is if America would make a promise to another nation and then back off from that promise or for America to make an agreement with other nations but then refuse to take care of its end of the bargain.

By that definition, the American withdrawal from the Joint Comprehensive Plan of Action (JCPOA) informally known as the Iran nuclear deal, would be one example of such a refusal of taking care of its end of the bargain and hence hurting American credibility. Another example would be to withdraw the country from the Paris agreement on climate change mitigation.

However, that is not usually what is meant when American public officials, media personalities and writers close to power talk about the president hurting American credibility. The meaning of the term they have deeply internalized is basically that America has more credibility when it makes a threat against a sovereign nation and then follows through on that threat instead of backing off.

It doesn't matter if the American people and even the American president cannot find that nation on a map, as long as the threat is followed through. As long as bombs and missiles can be seen flying off and destroying some nation around the world and scenes of devastation are broadcast live, Americans feel safer.

A fake debate, which is really arguing less war or more war among journalists, media pundits and phony war experts is allowed to happen inside a framework of debate within a ridiculously short amount of time offering a sound bite that looks professional. There is not a single argument that says "what right do we have to attack another sovereign nation?"

President Donald Trump is taking fire for making awesome threats against favorite American enemies such as North Korea and Iran and then backing off from those threats. There are layers to uncover here. Trump does that because that has been his modus operandi in the real estate business he had been in for pretty much all of his adult life.

He threatened people with lawsuits and sometimes even filed actual lawsuits only to take them back after neutralizing the enemy. The same methods are applied in international relations. He threatened North Korea with nuclear war by saying that he has a "nuclear button" that is "much bigger & more powerful one than his [Kim Jong Un]." He also called Kim "little rocket man." But then later, he backed off from attacking North Korea and called Kim a "real leader" and said, "He likes me. I like him."

Iran has been a favorite punching bag of almost every American president since the 1979 Iranian revolution. Threats are reflexively made against the Persian nation with no regard for the United Nations charter, which clearly forbids making threats against another nation. In May, President Trump threatened Iran in a tweet, "If Iran wants to fight, that will be the official end of Iran. Never threaten the United States again."

In another tweet, President Trump threatened Iran in the following words: To Iranian President Rouhani: "NEVER, EVER THREATEN THE UNITED STATES AGAIN OR YOU WILL SUFFER CONSEQUENCES THE LIKES OF WHICH FEW THROUGHOUT HISTORY HAVE EVER SUFFERED BEFORE. WE ARE NO LONGER A COUNTRY THAT WILL STAND FOR YOUR DEMENTED WORDS OF VIOLENCE & DEATH. BE CAUTIOUS!"

And then in his signature style saber-rattling followed by flowers, President Trump hinted at talks with Iran instead of bringing "the official end of Iran." He said, "Iran wants to become a wealthy nation again. Let's make Iran great again. Does that make sense? Make Iran great again, okay with me." Before that Secretary of State Mike Pompeo had said, "We're prepared to engage in a conversation with no preconditions."

Trump likes to make a threat against a nation and then back off from it. In my humble view, he does this so that he can claim that he averted a crisis. Also, as mentioned above, he thinks global politics also works like the New York real estate market. Trump had some involvement in the wrestling entertainment business as well. Perhaps, just as they threaten massively and aggressively in wrestling, and then a fake fight ensues, Trump might just see this world as a wrestling ring.

The footsteps of Roosevelt

Theodore Roosevelt, America's 26th president, once said, "speak softly and carry a big stick, you will go far." President Trump seems to be following the reverse path by speaking harshly and keeping a little stick. So, while an imperialistic and mafia-like concept, what's called American credibility is immensely damaged by President Trump because his threats are not taken seriously by friends and foes alike and also his word is not worthy of trust either given how he pulled America out of the Paris agreement on climate change mitigation as well as the Iran deal.

President Obama drew his famous red lines as a precondition for attacking Syria. "We have been very clear to the Assad regime," he said, "that a red line for us is we start seeing a whole bunch of chemical weapons moving around or being utilized. That would change my calculus." The threat wasn't followed through, though Obama's killing credentials were impeccable.

He even killed American citizens without any due process. When President Obama wanted to attack, he just did it yet spoke softly, just as President Roosevelt suggested. When he didn't want to attack, he went to Congress for authorization. And that is what he did with Syria. However, not following through on the threat by not attacking Syria, earned President Obama great critique. He was grilled over hurting "American credibility."

Last week, Iran made fun of President Trump by describing him as "afflicted by a mental disorder," which brought back Trump's threats of "obliteration" for Iran. With a history of empty threats, it is unclear which one would be real. It is sort of like playing Russian roulette, not knowing whether or not the coming shot will be the final one. But with a loud mouth, or rather a loud Twitter account and a little stick, Trump has damaged "American credibility" more than any president in recent memory.