EU threatens Turkey over Cyprus: Really only about hydrocarbons? 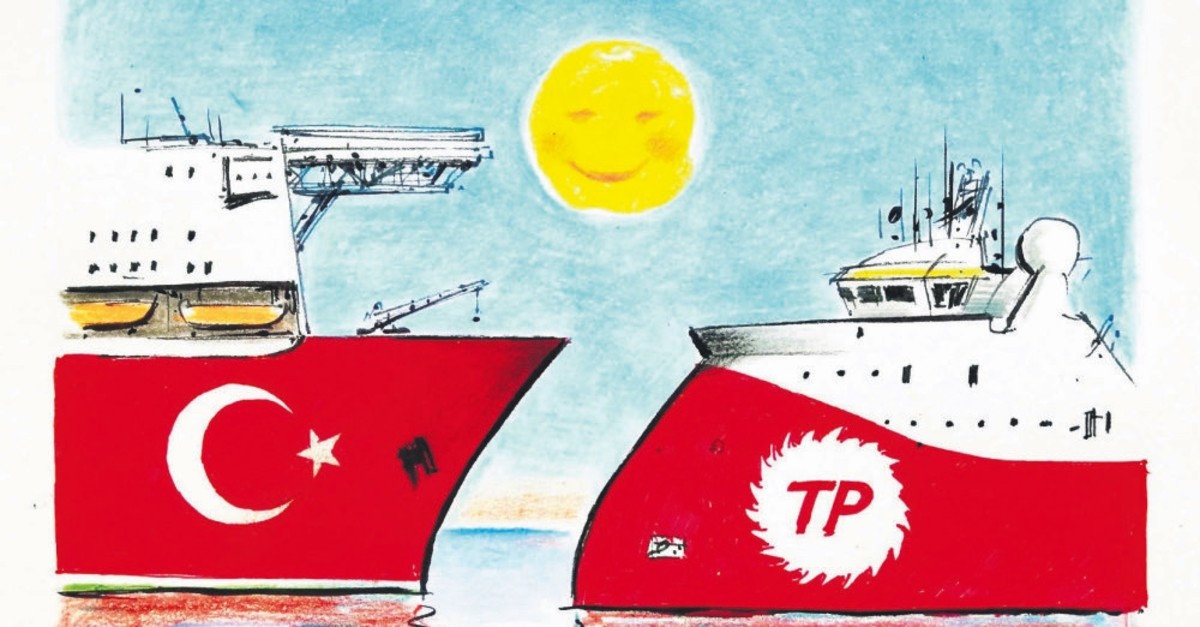 Maritime law is a highly specialized subject, and those aiming at graduating with an LL.M. (Master of Laws) need expert knowledge on a huge variety of topics. On the one hand and while talking about the current standoff between the EU and the Republic of Turkey with regards to who is allowed to search and drill for hydrocarbons one must consult legal definitions, correct; however and on the other hand, at stake is so much more – Ankara's legitimate interest and equally legitimate right to make certain that the entirety of Cyprus can benefit from natural offshore resources and not just the southern two thirds of the divided island state.

Turkey's position is thus crystal clear: As one of the guarantor powers for Cyprus, Ankara must make certain that all citizens living on the island benefit from its wealth creation. Allowing the Republic of Cyprus to unilaterally exploit the surrounding waters without sharing the expected positive (financial) outcomes with the North is thus a non-starter.

The Greek Cypriot side argues that all the waters fall under its jurisdiction, and without trying to find an agreement with the North, it created a de facto median line in the middle of the far Eastern Mediterranean waters. In purely legal terms, this necessitated that Lebanon, Israel and Egypt "de-limited" their own coastal rights, basically creating a kind of ocean-based internal market, meant in figurative terms. Ankara objects to this development stating that all waters surrounding Cyprus regardless of for example being to the east or to the west, respectively, belong to the entire island and cannot be hypothetically cut off.

Another issue is linked to the fact that foreign companies have already started to negotiate with Nicosia about future exploitation rights in that delimited zone, a situation Ankara regards as selling-out assets belonging to the whole of Cyprus including the Turkish Republic of Northern Cyprus and not to foreign nations' companies and thus interests.

Has Brussels lost its Cyprus logic?

Granted, by planning to perhaps even sending the fourth vessel to the west of Cyprus, Ankara is taking steps to cement its position in the region. The Turkish side explained its moves not simply by highlighting its opposition to how the Greek Cypriots approach the hydrocarbon subject but by claiming that the west of Cyprus belongs to Turkey's continental shelf thus not infringing on the South's exclusive economic zone (EEZ).

Whether the South has rights to claim towards this EEZ is an altogether separate issue as if the notion of one day reuniting Cyprus still holds political clout any EEZ would automatically become the EEZ of the entire island. Here we should leave the tricky matter of maritime law aside for a moment or two and discuss the wider political dimension as there is one indeed.

This Monday, the EU Council of foreign ministers voted in favor of informing Ankara of potential punitive measures should the by now three vessels continue its operations west of Cyprus. The EU argues Turkey's drilling plans are illegal and thus require sanctions in all but name.

Major elements of the accession process including the holding of high-level talks should be suspended, pre-accession financing should be reduced by well over 100 million euros ($112.41 million), the European Investment Bank (EIB) would be asked to reconsider its involvement, meaning thinking about reducing the number of financial instruments currently in place and even a seemingly harmless air aviation agreement resulting in cheaper flights between the EU and Turkey should be scrapped at least for the time being. No small fry then, but in principle sending a signal to Ankara in the sense of "this is only for starters!"

We are now faced by a dilemma of sorts: Should we take the EU's drastic catalog of potential sanctions at face value and accept that Brussels aims at defending one of its member states and nothing else? Or could there be something more sinister at play?

One had all but forgotten how protective Brussels was with a view to defending only the southern part of Cyprus and turning the cold shoulder towards the North regardless of the fact that it was actually the citizens in that North who voted for the Annan Plan. For some years other issues dominated the EU-Turkey misconceptions agenda and voila – here we go again. This time it was Turkey flexing some maritime muscle and letting the world know it will not abandon its role as a guarantor power for Cyprus, to the contrary.

What worries many objective observers is the harsh tone used by the EU vis-à-vis Ankara. The list is a serious attempt at completely derailing Turkey's EU accession process and not because Turkey did something wrong but because the EU apparently has lost the political foresight plot. This is even more surprising as the EU Commission has its very own foresight think tank unit!

We are thus left with two alternatives: First, the EU finally shows some courage and prepares Ankara for the big bye-bye, or it tries to relegate Turkey into the lower ranks of second-class, third-party countries that must be told what to do and what better not to do.

The former assumption would be disappointing (much more for the EU than for modern Turkey) as without Turkey a post-Brexit EU will hardly continue to exist in its present format and continue to lose considerably in global standing; the latter assumption would be proof of and for the thesis that when far-right movements and Brexit copy cats threaten the EU's very existence playing the neocolonial card appears to be the last albeit ill-fated resort to show some strength in the global arena.

Notwithstanding its justified amusement with regards to analyzing the proposed catalog of de facto sanctions Ankara suggests a compromise actually including giving the EU, or the U.N., or both a key watchdog role.

What Turkey could imagine is a joint decision-making process involving the South and the North, a clear road map for revenue sharing and guaranteed rights in case a government changes after an election in the South. Ankara says oral commitments are not sufficient and pen must be put to paper. The wealth that belongs to the entire island of Cyprus would thus be fairly shared for the benefits of everyone.

Chances are a last minute compromise can be found but for this to happen Brussels must first substitute it's unfair, illogical and very rude rhetoric toward Ankara with a more diplomatic and much more foresight oriented approach. And the Greek Cypriot side should in the interest of the welfare of the entire island return to the (hydrocarbons) negotiating table with the North. Everyone involved will understand that diplomacy speaks louder than sanctions no matter whether you ask for them or impose them.