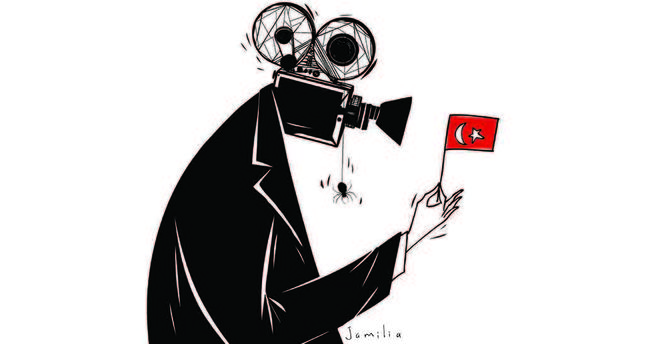 When only political scientists and politicians do political analyses, missing the social ground of the political reality is inevitable, since excluding social flow and realities, which are the main contexts of the discussion, enables essentialist oppositions to grow easily. In other words, when complex social relations are read only through political representations, "simplification methods" employed by political actors to address a wider audience become the dominating medium of the discourse.

Yesterday, the New York Times, when assessing Turkey's elections emphasized Prime Minister Recep Tayyip Erdoğan's revenge, stressing the rise of social polarization and instability in the same article. "Mr.Erdoğan seems determined to crush anyone or anything who crosses him - a strategy that almost certainly guarantees more dangerous political polarization and instability in Turkey," the article stated. This text, being a sample of an Orientalist critique of non-Western politics, proves the kind of reductionism that could be created by reading Turkey's reality only through the struggle between political actors.

Destabilization and social polarization are some of the most important rhetorical challenges that cripple Turkish politics. Discursive challenges are powerful tools that narrow the political scene. International power centers that stand against the politics represented by the Justice and Development Party (AK Party) in Turkey - this is not something imaginary, as I'm talking about media, financial and political tools that hold international power - have been producing a series of rhetorical challenges since the beginning of AK Party rule, with notions such as the "Islamization of society," "growing religiosity," "green capital," "biased press," "civilian dictatorship" and "intervention in lifestyles."

Political polarization occurs on a social ground within the historical process. Relating this process to a leader's so-called anger is an ideological interpretation. It is only a tool for attack, a war technology.

However, it is important to think and understand the social basis of this polarization, if the only purpose is to prevent polarization and to contribute to the creation of a more peaceful and flexible social structure.

Michael Rubin wrote an article about seven years ago, and at the time we considered it a marginal voice. Yet today, it makes complete sense for Western media. Rubin said: "As the presidential election nears, Erdoğan is approaching his destination. A resilient democracy works against the prospect of a constitutional crisis. Washington should let that democracy take its course, even if it means short-term instability."

The statement is clear. Erdoğan is the enemy, and there is no social reality Erdoğan represents in the social field. This could mean two things.

As long as the aforementioned segment does not believe the first proposition, it has no validity. Thus, there is only the second option left.
Yet this option has not been clearly articulated so far. As Edward Said clearly analyzed in his book "Covering Islam," when "East" and "Muslim society" are concerned, this could easily become the norm and the "Hateful religious/Islamist" segment of society could be directly placed at the root of social polarization.

The reason why this type of analysis could not be easily conducted in Turkey is the modernization literature produced about Turkey. This literature has reflected Western, modern, secular Turkey as a success of Westernization and reflected it as an example of the modernization process in society. In this literature, modernization is not observed as an internal process but a project implemented by the Turkish army, which has developed as a Westernized power since the 19th century and followed the American path after 1945.

Modernization theorists, in general, claimed that the Turkish Armed Forces were representative of modernizing elites who have been regarded as the sine qua non of modernization.

Accordingly they are concerned with material modernization and saw the Turkish military as being very successful in this regard. The Turkish military was the main figure of the modernization project as a result of the American military aid program due to the insufficiency of the civil bureaucracy and politicians after that time. The civil bureaucracy and politicians were deprived of the army's dynamism in terms of modernization, especially after 1954.

In this process social demands reflecting politics were not taken into consideration, and the impact of religion as a social network, moral order and solidarity circle have been problematized.

The point missed by Western media critiques talking about political polarization and tension threats in Turkey is that polarization is a manifestation of the social structure. Politics, by its nature, is the control of these manifestations. Securing the process or giving the impression that an extraordinary situation is taking place is to pave the way for intervention.

Politics in Turkey has been in a normalization process since 2002.

This normalization process is still ongoing today. Alongside this, different demands and identities come forward, and the invisible becomes visible in the social structure. The modernization process increases the demand to have a greater say in power control. This is what is happening in Turkey.

I find it rather odd that Western writers and intellectuals see Turkey through Orientalist lenses while trying to develop new tools that reflect their own modernity. You cannot be mad at me for this because they are trying to categorize Turkey in black and white. Turkish society is a complex social structure with an entwined social sphere, creating its own modernity. When you reflect on Turkish politics, you have to think through this reality.

The rise of 19th century Western thought, which sees sociology worthy of Westerners and anthropology worthy of non-Western societies, worries me as an intellectual. I admit that identities are the most brutal and naked facts of modern life, but it should lead intellectuals to criticism these roots of tension from identity politics and not from tangible sharing and distribution relations.

When discussing the existence of social polarization and its limits, an important factor that is omitted is that polarization is caused by social exclusion, and this isolation did not start with the AK Party.

The social segments represented by the AK Party have faced social exclusion for years. In the sociology literature, there are three sources of social exclusion: economic, political, and cultural. The social segments that support the AK Party were excluded in all three dimensions until the 2000s. I certainly do not claim that only these segments have supported the AK Party. The new middle class that rose after the 1980s also has a pivotal role among the AK Party's grassroots. Interestingly, the expectation of "stability," which The New York Times says is endangered, has played an important role in the AK Party's 45 percent vote ratio.

While the existence of these segments was simply omitted in the modernization literature, their obvious exclusion was not highlighted either. This segment was not even seen as an actor in the social and political tension, nor a subject of the polarization. Demands and expectations of these segments were left in the dark.

Today, the presence of a political actor, which persistently states the demands of these segments of society, is purposely placed as the source of tension, while after 2000, along with the normalization of politics; social tension and polarization were uncovered. Only totalitarian ideologies would be against the emergence of existing social lines and processes.

As stated by Wassily Kandinsky, we are no longer in the era of "or, either," but living in the age of "and." Here, the shades of grey are a lot more visible than the "black or white" areas. Today, we have a social structure that is transitive in which sharpness of the factors are being eliminated.

Just as Western society needs to be analyzed through a new insight, not through the tools of industrial modernity, similar approach should be employed when it comes to non-Western societies, such as Turkey.