The holy alliance – before and after March 30 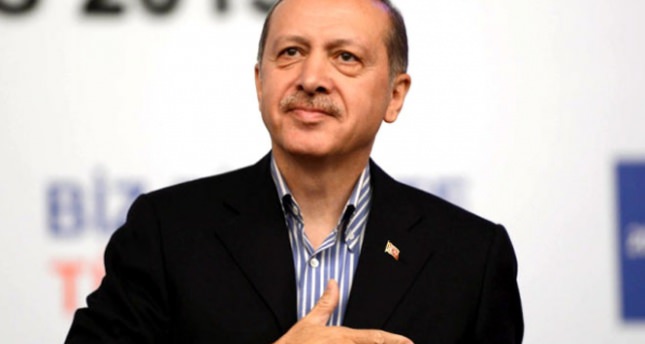 by Erkut Ayvazoğlu
Apr 05, 2014 12:00 am
Just before the local elections in Turkey last Sunday, the democrat columnist Markar Esayan wrote: "All opponents of Erdoğan from all over the world, unite!" Of course, unlike many ultra-nationalists, radicalsecular, left-motivated Kemalists or the main capital holders of Istanbul, for instance, Esayan did not actually believe in this romantic appeal. He was simply addressing the fact that despite all the crazy and undemocratic moves, there is no real single or even united power which could succeed in overthrowing the AK Party government led by Prime Minister Erdoğan - currently the most popular politician in Turkey. Markar Esayan was right.

Again, it has not been possible since 2002 to change the Turkish majority's decision. Even though a so-called "holy alliance" was established for a common goal, this aim could not be achieved.

Besides the capital holders of Istanbul, the main opposition party, the secular-Kemalist Republican People's Party (CHP) or the extreme right Nationalist Movement Party (MHP) and all secular-Kemalist media with the main support of the biggest media organization, Doğan Media, or the most watched conservative media such as (Gülenist) STV, had run a fundamental anti-Erdoğan campaign, which could not, however, change the results anyway. Facing illegal recordings every day, which the Turkish government considered smear campaigns, Erdoğan had no friends in the Western global media. This was obviously clear even when most of the mainstream Western newspapers and news stations did not shy away from showing their disappointment regarding the population's decision on Sunday evening.

Nevertheless, it was not a surprise that the "holy part of that alliance," the Gülen Movement in particular, which is personally led by the Islamic preacher Fethullah Gülen living in Pennsylvania, was the main loser of the alliance on March 30. A mass campaign, which officially started with the "dershane case" [prep school] in autumn of 2013, it reached its culmination with the crisis between the government and the Gülenists who attempted to redesign politics with the Dec. 17 operations and bring down the ruling AK Party. With unthinkable and dirty media campaigns via Gülen's (and Doğan's) TV stations and newspapers, this process continued with the hope of changing voters' biases.

Another important member of the alliance was the secular-Kemalist CHP, which got an unofficial direct ally in the form of the Gülen Movement, though it had represented an anti-Kemalist and anti-secular bias. However, this paradoxical alliance ultimately failed when the polls showed the AK Party win on Sunday night. For instance in Istanbul, Kadir Topbaş won his third term.

Interestingly, besides the traditional failure of the CHP as a political party last Sunday, the failure of the alliance was announced one day before the elections by the leader of the main opposition party while he surprisingly declared that CHP has nothing to do with the Gülen Movement. This was actually implausible and funny as it was the first time since the Dec. 17 operations the CHP reacted against these insinuations that most of the Gülenists officially created propaganda for most of the CHP's candidates.

Thus right after the elections as expected, Erdoğan held a balcony speech where he offered a new page to all his opponents - including the Gezi protesters who were not even able to elect a new mayor for the Beyoğlu district where Gezi Park is located - with just one exception: The Gülenists, who were and still are accused of having parallel and illegal structures within the state apparatus.
Erdoğan aims to eliminate this "state within a state," as he emphasized on Sunday evening. Under this circumstance, neither the indirect apology by A.

Turan Alkan nor the hard self-criticism by Hüseyin Gülerce, who are both popular columnists of Zaman daily, will likely change the prime minister's attitude, in particular against those who are part of that holy alliance.

And finally, despite all hopes from the Kemalists, ultra-nationalists and, above all, ex-Marxist/ pseudo-liberals, there aren't any signs of the Turkish military becoming involved in Turkish politics, in contrast to Turkey's recent past. Thus, the General Staff declared a few days ago that there is no desire and aspiration to bring the Turkish military into politics! In this respect, there is no choice for all factions in Turkey (or in any Western part of the world) except to accept the national will of Turkish/Kurdish voters without showing orientalist, pro-military, anti-democratic and arrogant reflexes. This is no longer the old Turkey.