Creating the cult of Gülen 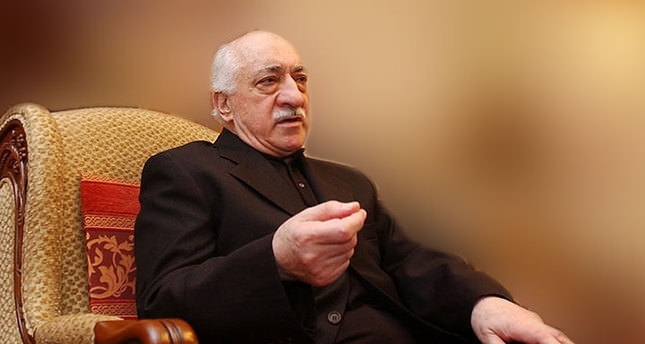 by Adem İnce
Apr 12, 2014 12:00 am
Mustafa Kemal is still a prominent figure in Turkey, whose ideas have flourished in the country for more than 85 years, creating the Kemalist ideology. In fact, Kemalism has always been the most important element of the Turkish state. Despite the redefinition of Kemalist secularism and the political melting away of Kemalism under conservative Justice and Development Party (AK Party) rule, Kemalism prevails in some sense. For instance, it still dominates the Turkish educational system. However, the issue is not just about Kemalism itself, but also its effects on other ideologies.

The Gülen Movement became popular and institutionalized in the 1970s. It could well be said that it became a global phenomenon, particularly in the AK Party era, having hundreds of schools, prep schools and universities in Turkey and abroad and sincere followers holding critical positions within the Turkish state. The movement was normally called "Hizmet" (service) by its followers, but they have started calling themselves "camia" (a social community) for the last few years.

They also have newspapers, TV channels, and nongovernmental organizations (NGO) apart from educational institutions. So the structure of the movement is quite complex.

However, the movement has become increasingly politicized recently and regarded as an actor in the latest affairs starting on Dec. 17, which are interpreted as part of a civilian coup against the AK Party. After growing away from the AK Party, the Gülenists even campaigned against Prime Minister Recep Tayyip Erdoğan in the local elections by making propaganda and supporting the opposition parties. In other words, they have been acting as a political party in the local elections.

The poll results have made it clear that the biggest losers in the elections are not the opposition parties, but Fethullah Gülen and his followers, as Erdoğan campaigned against the man in Pennsylvania and the parallel state in his rallies before the local elections, referring to Gülen and his movement. The results also show that the Gülen movement does not have a significant effect on Turkish voters. However, even though the Gülenists have been defeated in the elections, the movement still seems to occupy the agenda, at least for a while. So it is worth looking at the main discourse of Gülenism.

It could be argued that the main characteristics of the discourse of Gülenism are quite similar to the characteristics of the Kemalist discourse. It, in fact, seems to be a religious version of it in some sense. As mentioned earlier, the cult of Mustafa Kemal Atatürk plays a significant role in Kemalist ideology. Likewise, the cult of Fethullah Gülen can also be observed in the mentality of the Gülen Movement and its sincere followers. This reminds me of the term "charismatic authority" defined by Max Weber as "resting on devotion to the exceptional sanctity, heroism or exemplary character of an individual person and of the normative patterns or order revealed or ordained by him." It is undoubtedly true that Gülen has a "charismatic moral authority'" within the movement, as it is almost impossible for his followers to criticize him although they claim otherwise.

The cult of Gülen, however, has different dimensions compared to the cult of Atatürk. Esotericism, for instance, plays an important part in the creation of the cult of Gülen. Even though the Gülen movement calls itself a "cemaat" (community/assembly) euphemistically rather than a "tariqa" representing the moral teachings of Sufism and mystical practices of Islam, esoteric interpretation of Islam can still be observed in Gülen's views and speeches, too. In one of his videos, he claims that he "talked to the Prophet Muhammad when he was awake and the Prophet appointed the Gülen Movement as the representative of Islam in Turkey." This is indeed a functional example of the use of an esoteric discourse to legitimize the movement. I, however, prefer calling this "self-legitimation," which is actually controversial according to Islam.

As mentioned by Dr. Halit Yerebakan in his Daily Sabah piece, spiritual abuse might occur in this case, since for him, "spiritual abuse occurs when a person in religious authority misleads and maltreats another person in the name of Allah or in the mystery of any spiritual concept (...) Religious abuse may also include misuse of religion for selfish, secular or ideological ends, such as the abuse of a clerical position by a retired or an active preacher." Furthermore, the use of such dreams should not mean anything to Muslim people according to Islam, as a dream is not considered as a source of Islamic law.

All of these arguments actually reinforce the idea of having a leader who cannot be criticized in any case, just because he claims his authority by using Islamic language. So even though the reasons establishing the cult of personality are somehow different, the cult of Gülen is still very similar to the cult of Mustafa Kemal Atatürk, as Atatürk cannot be criticized either, according to his sincere followers. In fact, some secular Turks almost worship him. So it could be said that the same idea of "one man" is produced with its spiritual/mystical form within the Gülen Movement.

Having looked at the main discourse of Gülenism, it seems to be a spiritual version of Kemalism in some aspects.
Therefore, I would like to conclude with a quote of Cemil Meriç, which reads, "All -isms are straitjackets of madness put on our intellects."


* PhD Candidate in Sociology at the University of Leeds