Effects of the Al-Anbar crisis on Iraq's water management 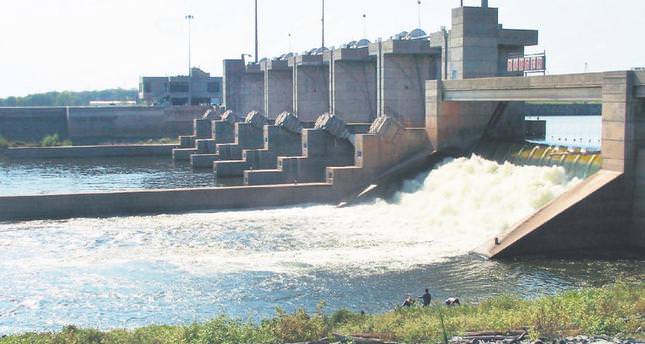 As a vitally important resource both for the economy and survival, water turns out to be a matter of conflict in the domestic policy and this inevitably poses threat for the whole of Iraq

The clashes that erupted at the end of 2013 in Fallujah, a city in the Iraqi province of al-Anbar, have continuously posed a danger for the security of the country. There are no estimations as to when the conflict between the Islamic State of Iraq and the Levant (ISIL), an al-Qaeda-linked organization, and troops of the central Iraqi government will come to an end. This conflict has regional influences as well.

Some ISIL-affiliated groups active in the cities of Fallujah and Ramadi seized the control of the Fallujah dam.The dam, built for irrigation in 1985, does not include a hydroelectric power station. The Iraqi general staff explained that the dam, constructed to irrigate more than 500,000 acres of land in central and southern Iraq, has been shut down by ISIL militants. The decline in the generation of hydroelectric power on the rivers located down the Euphrates was also mentioned.The dams and irrigation channels in Fallujah have the potential to block the operations of the Iraqi army in the city. The Fallujah dam situated in the southern part of the city has two main bodies. There are ten penstocks on the right side, while eight others are on the left one. These penstocks are used to sluice the water to the channels that are on both right and left sides of the Euphrates.

As a result of the clashes that have been continuing since January 2014, the Iraqi army launched a series of operations in Fallujah. The ISIL-affiliated groups, which are supported by tribes, have taken control of Fallujah. They aim to repel the operations of the Iraqi army and prevent it from approaching the city by releasing the water to channels on the left side.

As there is a dam reservoir in the south of the city, it is impossible for the Iraqi army to enter the city from the south. The route that starts from Baghdad and continues to Fallujah and Ramadi through Abu Ghraib is located in southeast of city, a zone that is full of irrigation channels. The western side of the city is divided by the Euphrates that prevents the Iraqi army from approaching the city through this way. The route that passes from the north and heads to Ramadi through Habbaniya is the only entry point for the Iraqi army.
However, here is a very flat ground and therefore every kind of military activity can be seen easily.

Within this scope the developments in this region, which are the main sources of tension before the next parliamentary elections on April 30, will bring about serious challenges in water management in the Euphrates River valley. The decrease in agricultural production that intensifies as the irrigation season nears and desiccation of Basra's swamps are at the top of these problems. Moreover, the close of the penstocks in this period, when the flow rate of the Euphrates is high, constitutes serious dangers for the dams' safety.

The Iraqi constitution divides water sources into two groups: the one originating from inside the Iraq (internal) and the other coming from outside (external).Article 110 regulates the exclusive authorities of the federal government. According to this article, the federal government has the authority to enforce policies relating to external water sources and to guarantee the rate of water flow to Iraq and its fair distribution in line with international laws and conventions.

According to article 115, if the federal and regional governments happen to pursue conflicting water sources development policies, priority shall be given to the law of regions and governorates not organized in a region in case of dispute.Similarly, article 121 stipulates, "In case of a contradiction between regional and national legislation in respect to a matter outside the exclusive authorities of the federal government, the regional power shall have the right to amend the application of the national legislation within that region."

However, there is something wrong with the water management laws in the Iraqi constitution. The point of sharing the task and authority between the federal and regional governments is not yet clarified. The federal government is entitled to control external water sources that are the main tributaries of the Tigris and Euphrates.

There is no tributary that is joined to the Euphrates in Iraq and hence no constitutional problem concerning this. But there is a challenge in the case of the Tigris River. Just before the main tributary of the Tigris from Turkey, the average annual flow is measured only as 16 billion cubic meters in Cizre's metering station. The total annual flow average of the river is around 50 billion cubic meters. Some of the remaining 34 billion is provided from northern Iraq, while a substantial amount is provided by the rivers of Khabur and the Great Zab, which originate in Turkey and Great Zab's smaller tributary that rises from the Zagros Mountains in Iran.

It is necessary to make a clear distinction between the internal and external waters in the constitution as the authorities on water management are regulated accordingly.If the tributaries of the Tigris - which originate from other countries and are joined by others in Iraq - are accepted to be within the domain of the federal government, the Kurdistan Regional Government's (KRG) scope of water management will be narrowed.However, if these waters are all considered to be internal waters, a hydrological truth will be denied and this will negatively contribute to the water management crisis in Iraq. In order to sort this problem out, it is of vital importance to make a legal adjustment regarding the issue.

More recently, the water has been used as a weapon in the domestic conflicts. The claims by the KRG it will not release the water in the Tigris for irrigation resulted in disputes between the central government and the KRG. As a vitally important substance both for the economy and survival, water turns out to be a matter of conflict in domestic policy and this inevitably poses threat for the whole Iraq.
The Tigris, another river in the basin, could not help being the source of political turmoil that persists in Iraq.

The water crisis, which has become an object to show off strength between the central government and KRG, also started to affect the Turkmens living in the country. The tension has arisen between these two, mostly because of the issue of exporting petroleum that is drilled from the KRG.

The tension further rose when in recent weeks the KRG closed the penstocks it controls. This came after the central government announced it would not pay KRG officials' salaries, which left the Turkmens in a tight spot as in most cases. Upon reactions, a little amount of water was released, however this was not sufficient.

Aside from the Dukan and Darbandikhan dams, the Mosul dam is under the control of the KRG and this is regarded as important political ammunition for the KRG.

The lands of the Turkmen farmers suffer from a water shortage that came after the cut of irrigation water by the KRG officials. Fortunately, they did not close the potable water channels. Exposure of agricultural lands to water shortages will inevitably have political and social results. It will end in the evacuation of the Turkmen villages and force Turkmen villagers to move to the outskirts of big cities like Kirkuk. Along with these, the present political instability will deepen further because of the political tension.