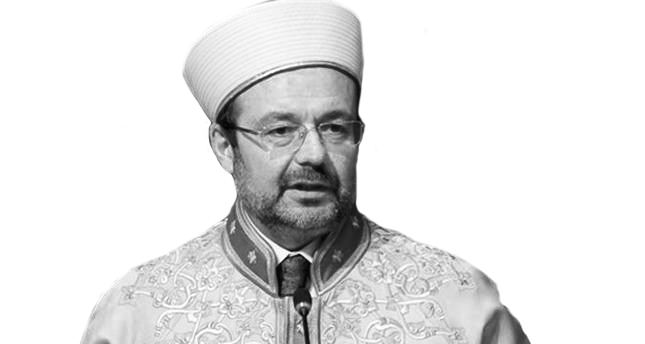 Scholars have the responsibility of promoting common sense and justice in the Muslim community, and fostering unity and fraternity

This meeting is not a diplomatic meeting that we are used to, where we exchange pleasantries and offer well wishes. This is not a symposium where we will be debating religious teachings and rulings.

I have to state with sorrow that it is also not a meeting where we will be discussing the Palestinian issue, the Kashmir issue, East Turkestan, Nagorno Karabakh, Arakan, Chechenia and the Gaza Strip. Unfortunately it is not a meeting where we will be seeking relief for the problems of our brothers and sisters living in these regions. I really would have liked it to be such a meeting.

Regrettably, at this meeting will discuss how mosques are being bombed while attackers chant "Allahu Akbar" (Allah is Great), how those who face Mecca to pray everyday have declared war against each other and how innocent people are being massacred by their brothers. At this meeting we will discuss the fighting in Baghdad, Mosul, Kirkuk, Rojava, Aleppo, Hama, Damascus, Tripoli and where we will execute the verse of the Quran, "Find a gathering that augurs well, orders kindness and prohibits evil. They will be the ones to lead to salvation" (Al-i Imran, 104) to stop the bloodshed.

In the past few years we have marked practically every Ramadan with pain, misery, bloodshed and tears. This Ramadan we are faced with extremely painful events that we cannot even mention. This is happening in all parts of the Islamic World, led by Iraq, Syria and Palestine, tormenting our hearts, ruining our iftar dinners and taking away the spiritual joy of fasting without even touching our hearts.

No Muslim believer can or should remain silent in the face of what is being experienced in our region today. Of course I know each one of you is involved in efforts to put an end to these pains. We are here today with the encouragement and support we received from you following our recent appeal. If it had not been for your encouragement and desire we would not have been here today.

If nothing results from this and similar meetings, if we cannot prevent Muslims from attacking one another and putting an end to the fighting and deaths, those who wield power due to the divided Islamic world will continue to attack the Gaza Strip which they have turned into an open air prison and rain their bombs down on innocent children, women and the elderly. And in many other regions Muslims will be left to die without any defense. I take this opportunity to strongly condemn the ruthless, remorseless and unsavory attacks on Gaza and wish Allah's blessings for the martyrs and urgent recoveries for the wounded.

It should be known that the events in Iraq, Syria, Libya, Nigeria and other places, including murders, suicide attacks, the kidnapping of innocent girls, bombing of mosques, destruction of holy places and forcing millions of people out of their homes, do not only affect the people in these places but also strains the perceptions of Islam everywhere and is embarrassing to Muslims throughout the world. This is leading to the alienation and marginalization of Muslims in all regions where they are a minority. Muslims are face-to-face with having to live under threat, fear and alienation in the regions they live. The industry that is trying to create Islamophobia is pointing to the fighting and the scenes that are playing out in the Islamic world and conducting a relentless campaign against Muslims to spread fear about Islam. The damage that the ignorant Muslim followers have inflicted on the great religion of Islam is several times more devastating than the damage caused by the arch enemies of our religion.

Seeking reasons for current events only in the outside world will be the easy way out. It would be easy to blame other sects for their actions or to put the blame for all the events on the adversaries of Islam, on foreign enemies, evil forces, imperialists or Zionists. Seeking such plots may save the day for now. But those who really have any notion of responsibility should care to look inside their own fold, make an analysis and come up with evaluations. Creating empathy is one of the leading methods used to overcome such crises.

If we try to evaluate these events from the perspective of the social sciences, we should take into account all available data on poverty, ignorance and captivity, which are the products of occupations and colonialism in modern times and created wounded minds and fatal identities. These wounded minds and fatal identities are now trying to justify their hatred, anger, passions and desires for revenge under the guise of religion and sects.

Scholars are the conscience of the Muslims ummah and the inheritors of the prophets. Scholars have a great responsibility to represent the common sense of the Muslim community, to secure justice and to sustain unity and fraternity.

The relationship between science and politics is based on the fact that science provides guidance. Scholars have the duty to uphold unity, interests and affairs of Muslims at the forefront and defend the truth by taking risks for this cause. Policies that defend unity and interests of the Islamic nation are policies of scholars. These policies should aim to secure unity of thought, culture and actions on the part of Muslims. That is the only way scholars will be the inheritors of the prophet.

As Islamic scholars, when we talk about the rules and methods to follow during Hajj, we must tell all that massacring people and killing them is the same as murdering the whole of humanity.

When we explain to people the debate on sighting the crescent moon to mark the start of religious occasions, when fasting should start and what spoils fasting, we should also tell them that raining bombs on people fasting or performing the tarawih prayers, raining bombs on children, women and the elderly, will only ruin Islamic unity. Of course we will discuss when the fasting period starts.

Sects are the works of human beings that represent different views and opinions which have emerged in an effort to understand the Islamic religion. To equate sects with religion or to regard membership to a sect as superior to being Muslim is unacceptable. Conflict, discrimination and marginalization based on sect is a reflection of oppression and ignorance. It is religion that has suffered the most when sects have taken over religions. Considering sects to be akin to religions and forcing this upon societies has hurt the pluralist structure of Islam, thus destroying the notion of fraternity and culture of tolerance that existed at the crux of religion. Those who are different have been declared disbelievers. When a sect regards or tries to portray itself as the sole representative of religion, the result will be that it will exclude others from religion and accuse them of perversion or even with sacrilege. Under such circumstances unity and solidarity of the Islamic community is destroyed. Social peace is destroyed. No one can declare others to be nonbelievers because they do not practice Islam like them. No Muslim can regard another Muslim a polytheist and wage war against him or her.

Islam orders us to show mercy and compassion to all living creatures and approach them with affection. It is impossible to think that Islam condones shedding of blood and mass murders in the form of suicide attacks that target people indiscriminately. Jihad is the name of an exhilarant action and has nothing to do with terrorism and savagery. Today, the greatest jihad that Muslims should resort to is fighting against ignorance, oppression, sedition and discord. No one can justify the creation of new grievances through waging a so-called jihad against oppression. No one can try to justify oppression by creating a bloodbath through knowledge and fatwas.

Those who hold positions of authority and those who hold the riches in their hands in the Islamic world are in a position to act with the understanding that all material resources and riches belong to Allah and that these are given for safe keeping to be used for the benefit of the Muslim community. They do not have the right to use these riches in a selfish manner, for sectarian and ethnic oppression or in a monopolistic manner. They must act with justice.

No one has the right to continue ruling without the consent of the people, kill hundreds of thousands of people to remain in power and drive people out of their homes.

To keep a person alive is more important than an office, administration and reign. No person's death can be justified by greed, passion and ideology.

The values of reference for us Muslims have to be justice, solidarity, independence, peace, friendship, wisdom, rule of law and morals while we reject oppression, exploitation, occupation, war, repression, personal interests, piracy, and the dominant approach that relies on weapons and power.

Divine laws require individuals and communities to reconcile without fighting and preserve peace without resorting to war. What is incumbent on us is preventing bloodshed irrespective of whose blood it is and where it is. We have to divert all our energy for this.

As Muslim societies we are part of a deep rooted civilization with a vast historical experience. We are going through a period of interim which has been experienced before. The miseries that this interim has created should not lead to hopelessness. This period is accidental and will pass away. The days when things will look up for Muslims, when stability and calm will prevail is not far off.

Let us regard sedition as worse than war and make a joint effort to eradicate sedition from the face of the earth. Let us work on sending messages of peace instead of working on the strategy of conflict and turn our region into a land of peace. Let us build the rules of living together based on peace. Let us spread the appeal we will make here all over the world. Let us form a delegation of wise men and turn our appeals into action. Let this delegation help halt the fighting and prevent Muslim blood from shedding blood and help restore peace and well-being in Muslim cities.

The eyes of the Muslim community are on us. The nation of Muhammad is listening to us. The hands of the oppressed and the helpless are at our throats. If we remain silent to the cruelty, if we fail to stop terrorism while the blood of our martyrs stains our cloaks it will be written down on our divine books as a sin that we will face on judgment day.

I wholeheartedly invite everyone to join our appeal for common sense and pray to the Almighty that we will not be embarrassed for our deeds on earth on Judgment Day and turn us into people who perform good deeds with the notion of being aware of their duties.