Jihadi John goes on a nationalist rampage: who is to blame? 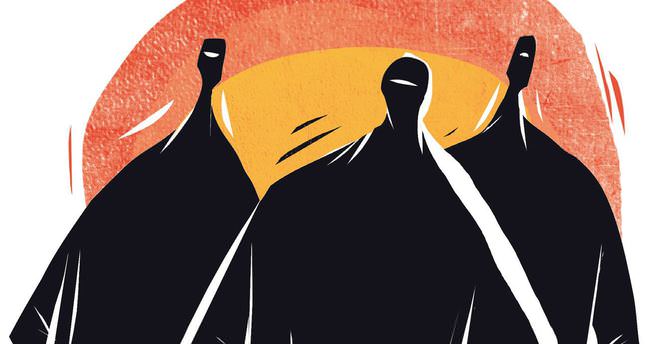 by Ceyhan Boya Sep 08, 2014 12:00 am
Not long ago, the video showing the execution of American journalist James Foley, the first of two such videos was posted on the Internet. With serious irregularities in the video, many experts have denounced the video as fake, or at the very least, subject to camera tricks. On account of the latter, it is impossible to say whether James Foley is actually dead. Regardless of whether the video is real or not, we know that the Islamic State of Iraq and al-Sham (ISIS) has previously beheaded many civilians in what constitutes gruesome war crimes. ISIS is quick to post its videos online in a worryingly successful media campaign. The latest front man in the beheading videos is an angry Briton, speaking fluent English, with a southern inner-city accent, leading to popular media naming him "Jihadi John."

A second video has now been released showing American journalist, Steven Sotloff, on his knees, in which Jihadi John, knife in hand, returns with a Hollywood-like introduction: "I'm back Obama." This video, too, appears highly dubious and nobody can confirm if Steven Sotloff has actually been decapitated. Yet, mainstream media has been quick to accept the murder as fait accompli. Apparently, Jihadi John has warned that a fellow Brit would be the next victim. The videos are designed to provoke and shock, and that they certainly do.

The British identity of the supposed murderer has led to much debate in British politics and media. Unfortunately, this has turned into a blame-game rather than an intellectual exercise to find the reasons why a young British man would leave his seemingly comfortable home for the fields of war in Syria and Iraq and fight for an armed group hostile to anyone but themselves.

One of the first to be blamed for British jihadis was Turkey. According to some media pundits, Turkey carries the blame for letting hundreds of jihadis filter through its borders. Turkey's southern and eastern borders are notoriously difficult to secure. Besides, not all men going to Syria are fighting for ISIS. Some are joining the ranks of the dozens of legitimate resistance groups defending Syrians against Bashar Assad's tyrannical dictatorship and the brutality of ISIS simultaneously. It should also be noted that PKK fighters, praised by the same media pundits for their support of the peshmerga, have come through the same border for the fight against ISIS. There is more evidence to suggest that an iron curtain on the border would not weaken, but actually strengthen ISIS, of which the majority of recruits still stem from Arab countries.

The second kind of attempt at understanding the Jihadi John phenomenon seeks an explanation relating to his religious understanding. Accordingly, it must be the fundamentalist interpretations of Islam – notably that of Wahhabis and Kharijites, that make people do this. Many mainstream Sunni and Shiite Muslims fall into this trap. There is no religious causation – people like Jihadi John's grievances are completely political and inherently secular. However, the perverted forms of religion cited previously are sometimes used to legitimize such violence. In his videos, Jihadi John does not refer to Islamic jurisprudence and tradition. We know that previous Jihadi Johns had bought novice books such as "Islam for Dummies" from Amazon.com before setting out for war. He has probably never received any extensive Islamic education and is relatively ignorant of Islam. By his own statements, his grievance is American foreign policy.

In addition, one also needs to see the link with the discrimination and alienation that a young man from an ethnic minority may feel in the U.K. Like in the rest of Europe, racism and prejudice are ripe. One may argue that many experience the latter but do not turn to violence. Indeed, some are well connected with their roots and their faith, helping them deal with issues of identity. What about those who aren't? The sense of alienation may become suffocating. All humans long for a sense of belonging. ISIS appears to be filling the void.

Jihadi John is defending what he perceives to be his new state and nation against outside aggression. He is fiercely nationalist. The state has eaten religion. Consequently, his religious understanding and his new state are one. The "Islamic" label is attached to anything that needs justification in the ISIS nationalist cause: their nation, their violence, their borders and their flag. Jihadi John might have initially been attracted to ISIS because it appears antithetical to nationalism, but unknowingly, he became the militant of a new nation-state, and like the others, an exclusionist one that has shown by its actions that it is not a homeland for all people, or even just all Muslims, but has a very restricted definition of citizenship. ISIS is predicated upon the functioning actuality of the established nation-states across the world that has given rise to the problem in the first place. Like all nation-states in history, it assimilates, expels or liquidates inconvenient individuals – in ISIS's terms: "convert, leave or die."

Jihadi John, who might have experienced discrimination and alienation in Britain, who was aggrieved and angered when he saw Muslims being killed and humiliated on his television screen, inflicts exactly the same on others, mostly Muslims, in his devotion to a new country that he feels represented by. ISIS enacts the same methods of humiliation and torture that were witnessed in prisons such as Abu Ghraib or Guantanamo. One needs to look no further than the bright orange prisoner suits that their captives are made to wear. Today, some use knives to cut off the heads of the innocent and others use bombs to blow off the heads of the innocent. Ultimately, the crime is the same.

Had these feelings of alienation not existed in the U.K., and had the U.S. and Britain not carried out their war on terror, there would have simply not been as many Jihadi Johns, if any. The British and American politicians and media should stop blaming Turkey, Islam or whatever other scapegoat they may find and take a long hard look in the mirror. They have created their own enemy and have the ability to prevent more men from joining their ranks. In the meantime, Jihadi John, who is ultimately responsible for his own actions, continues on his nationalist rampage.

*Independent analyst and writer, MSc in International Relations from the LSE