Has stagflation risen from the grave? 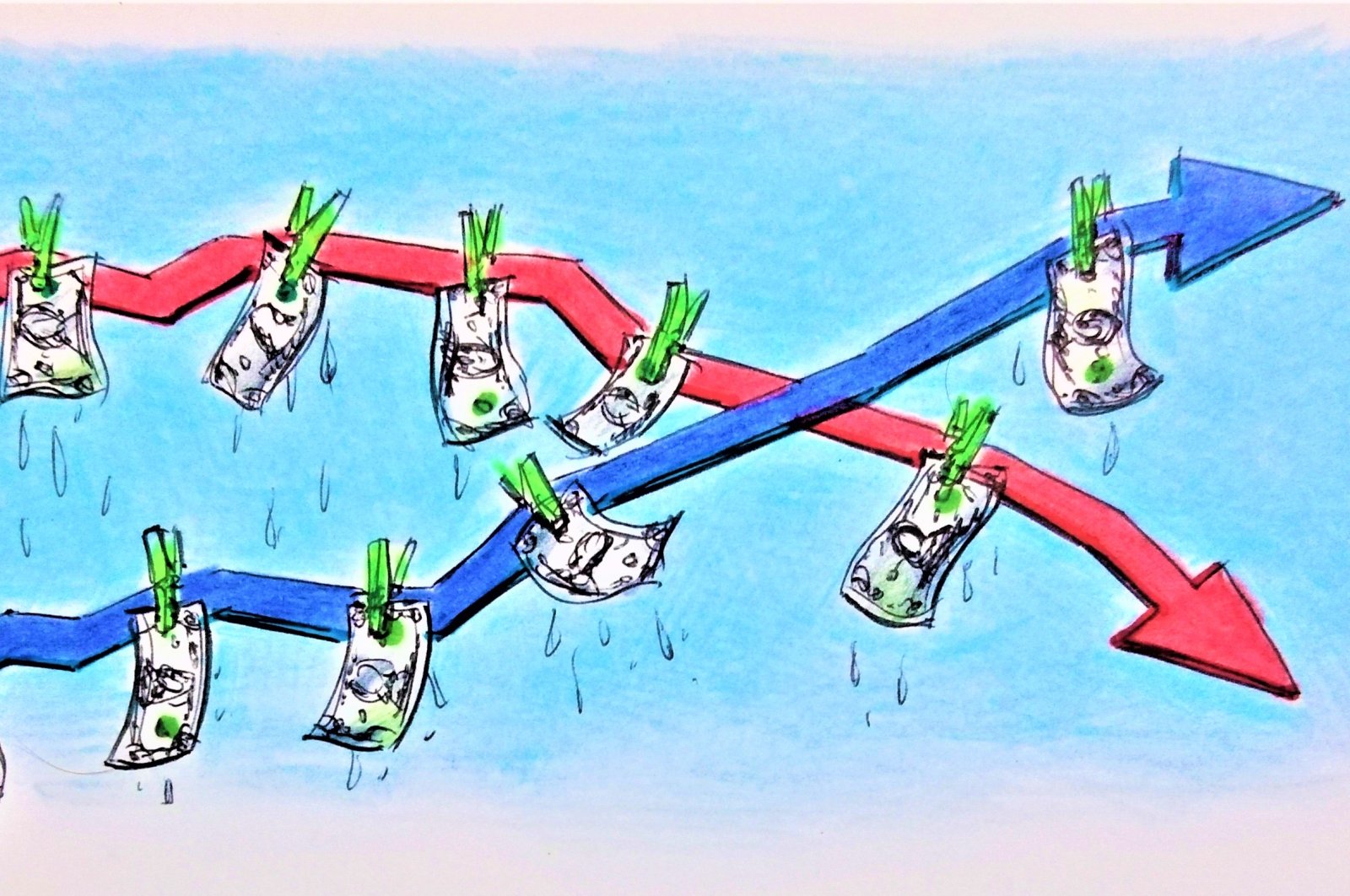 An illustration by Erhan Yalvaç shows the economic ups and downs symbolizing stagnation that has once again prompted debates regarding the world economy.
by Kerem Alkin Oct 18, 2021 12:05 am

It can be discussed if stagflation is again here or not, but it would be a mistake to compare it to the 1970s

For the G-7 countries, the economic damage caused by the two oil crises in the 1970s led to high inflation for consumers and negative fallouts for people’s purchasing power. This situation triggered a sharp contraction in both household consumption expenditures and the real sector’s investment expenditures. Therefore, it dragged the world's leading economies into a heavy recession.

As unemployment began to grow, the world's leading economies experienced a heavy recession in an environment of high inflation and high unemployment. This is how the concept of “stagflation” was added to the literature on economics.

The coronavirus pandemic brought on anomalies and difficulties for the global economy and trade. It caused significant economic contraction worldwide, including for the leading economies, with serious contractions in production and consumption at the beginning of the pandemic. Despite this challenging and troubling atmosphere, Turkey ranked fourth among the five countries that closed 2020 with positive growth.

In 2021, the vaccination COVID-19 accelerated in the G-20 and Organisation for Economic Co-operation and Development (OECD) countries, including Turkey, helping normalize economic activities much faster than expected. The rapid recovery caught the world economy and the global supply chain network off guard.

The pandemic also raised some serious global questions and discussions. For instance, whether it was too risky being too dependent on China, while Beijing’s response to it had a direct impact. It also shouldn’t be forgotten that some critical sectors in China and Asia saw a notable boom in global demand amid low production capacity. Plus, the global container crisis also had a huge impact on worldwide logistics. In a nutshell, these developments, in addition to several others, brought record spikes in global commodity and energy prices, to such levels that remind us of the 1970s stagflation period. And, naturally, economists have started to debate whether stagflation was back from the dead.

It is a fact that debates on the concept of stagflation were triggered by the troublesome period for the G-7 economies in terms of energy supply security and energy prices, as in the 1970s. News that energy bills for households and the real sector could reach unpayable levels has been widely covered by the Western media. If households suddenly allocate large portions of their monthly income to electricity and natural gas bills and accordingly slows down their consumption, or if factories stop producing for the same reason, it would become a threat of recession for advanced economies and may trigger the risk of stagflation in the current high-inflationary environment.

Professor Nouriel Roubini, an internationally renowned economist, shared his concerns that medium-term supply shocks will further complicate the problems in the world economy, including for leading countries like the U.S., by reducing potential growth and increasing production costs. For this reason, he states that "mild" stagflation is already occurring in some instances as a result of the medium-term risks in question. Yet, Federal Reserve Vice Chair Richard Clarida said the price pressures are not permanent; therefore, he maintains his view that there is no threat of stagflation.

Though the problems related to supply chains and energy supply feed the discussions and price anomalies are somewhat similar to the 1970s, I think the possibility of stagflation is still remote because the supportive policies of governments and central banks are ongoing. Inflation indicators are also lower than they were in the 1970s. Therefore, despite some signs of stagflation, it will not be experienced as harshly as in the 1970s and the picture will remain moderate in the end.